Want a beer to be named after your Pittsburgh neighborhood? This brewery may do just that with its new YOU ARE HERE series of beers. 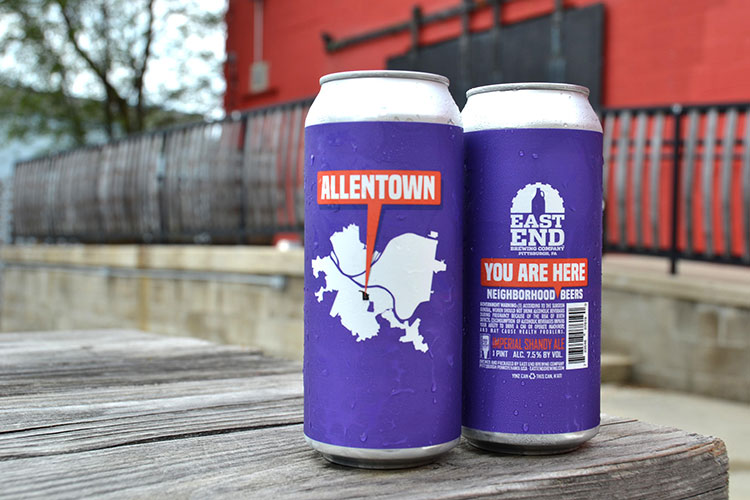 East End Brewing plans to debut its new series of beer called YOU ARE HERE on Saturday, June 1. In this newly-announced program, the company will release various styles of beer named after the 92 neighborhoods of Pittsburgh.

East End announced the first beer in the series will be called Allentown, named after the home of the company’s long-time design partner, Commonwealth Press, which is celebrating the grand opening of its Allentown warehouse on June 1. The Allentown brew is an Imperial Shandy Ale brewed with locally sourced tea from Prestogeorge and lemon juice.

The remaining neighborhood names will be randomly drawn by different local celebrities, East End business partners or an “all-around cool Pittsburgh person,” according to a press release. During the canning day for the Allentown brew on Wednesday, May 29, Dan Rugh from Commonwealth Press drew Overbrook as the next neighborhood to be featured in the YOU ARE HERE series. 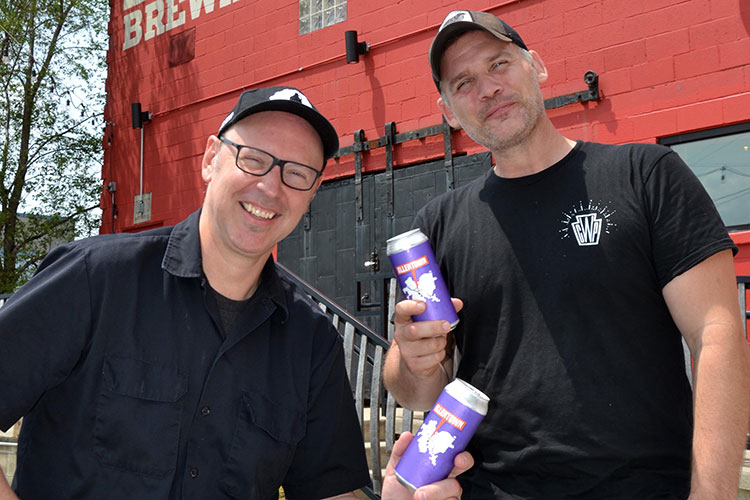 According to East End Brewing owner Scott Smith, in some cases, the beer recipe will be determined before the name selection, while in other instances, the name will come first. “We have 92 beers to get released,” said Smith, “so if there’s an opportunity to get one released sooner, we’ll take it!”

“This project is a wonderful way for all of us here at EEBC, as well as our GOOD BEER fans to more deeply engage with our Pittsburgh home, neighborhood by neighborhood, beer by beer,” said Smith in a press release. “It also lets us get out into the neighborhoods to do more pop-up style can releases, further engaging with the community partners and incredible people we have come to know and respect in Pittsburgh over the last 15 years of brewing here. Pittsburgh has always been our home, and I hope people will take this opportunity to get out of their comfort zones and explore it a bit more deeply.”

Customers beware: Due to the launch of the YOU ARE HERE series, the company plans to alter their regular brewing schedule to accommodate the creation of these new recipes. According to the press release, year-round staples like Big Hop American Ale, Monkey Boy Hefeweizen and Fat Gary Nut Brown Ale will still be available, but customers can expect to see seasonal products turning over more quickly at the brewery’s taprooms and in its distribution network, meaning you may need to stock up on your favorite limited-release brew earlier than usual. 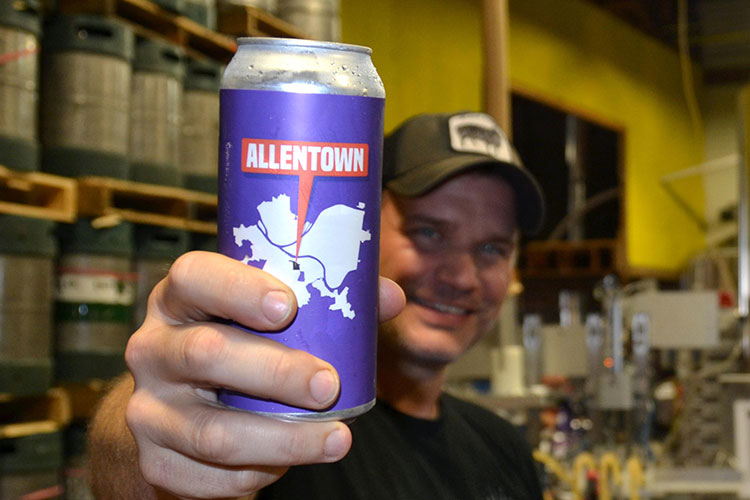 The Allentown beer will be sold in 16-ounce cans and available on draft at both East End Brewing locations: The Taproom in the Strip District (102 19th St.) and the Brewpub in the Larimer neighborhood (147 Julius St.). Allentown will also be available at the Allentown Night Market from 7 to 11 p.m. and the Commonwealth Press Warehouse Grand Opening from 5 to 11 p.m. on June 1.

Each of the 92 Pittsburgh neighborhoods will have a beer released in their name, but it will take more than one summer season to get through the list, said Smith. “We don’t have a specific time table for the releases, so I suppose it will take us exactly as long as it takes. But we’ll definitely have to do something really special when we get to the end of the list!”