The acclaimed film featuring Michael Keaton as an aging actor known for a decades-old superhero gig has Hollywood tongues wagging. 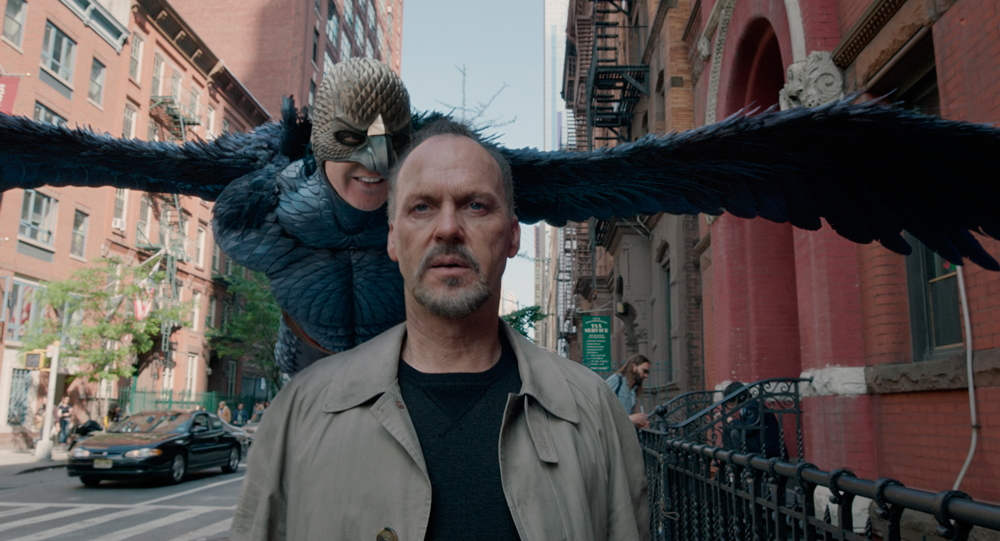 Someone send Hollywood a memo. We know that studios usually release prestige flicks to New York and Los Angeles first — but if a prominent ’Burgher is involved, we’ll be tweeting angrily if those coastal moviegoers get a look before we do.

Such was the case two weeks ago when “Birdman,” starring Michael Keaton as an aging former action star angling for a Broadway comeback, opened to only 50 screens on the nation’s borders. Impatient cinephiles around these parts didn’t have to wait long, however, as “Birdman” premiered in three local cinemas — AMC Loews Waterfront 22, The Manor Theater and the Galleria 6 in Mt. Lebanon — on Friday. (More theaters are forthcoming.)

Early reaction to the offbeat film directed by “Babel” and “21 Grams” director Alejandro González Iñárritu has been overwhelmingly positive. Review aggregator Rotten Tomatoes reports that 94 percent of published reviews have been favorable, with praise heaped on Keaton; obsessive awards-prediction site Gold Derby lists the Coraopolis native as the current front-runner for a Best Actor Oscar. (A very good sign — but don’t plan the parade yet; the season is young.)

And don’t forget: We’re only a few weeks away from another ’Burgh-tied flick with Oscar buzz hitting screens, as “Foxcatcher,” the locally filmed drama starring Steve Carell and Channing Tatum, hits theaters nationwide on Friday, Nov. 14.

The Steelers emphatically righted the ship with a 43-23 victory over Baltimore Sunday night — and they were kind enough to give Twitter something to do once the victory was well in hand.

After taking a nasty hit to the jaw, courtesy of Ravens linebacker Courtney Upshaw, Steelers quarterback Ben Roethlisberger engaged in some quick facial calisthenics — which, in the age of HD, were instantly screencapped, tweeted and remixed, accompanied by the #BenFace label. A debate erupted: Who did Ben most closely resemble in his moment of jaw-twisting awkwardness? Popeye?  Burgess Meredith, circa "Rocky"?  Burgess Meredith, circa "Batman"?  Alien-possessed Vincent D'Onofrio in "Men in Black"?

Let’s not quarrel: All are hilarious suggestions. And any time the Steelers can go viral and knock Baltimore down a peg, it’s a good night.

#Swag: Get your personally designed, limited-run T-shirts at Cotton Bureau

Now that the term “crowdsourcing” has been used for everything from political campaigns to potato salad, it has become a buzzword with a fuzzy definition. Nevertheless, bringing popular demand to bear on a great idea still yields some sweet results. Take Cotton Bureau. Anyone with an idea for a T-shirt — from graphic designers to brand-building companies to the randomly inspired — can send a design to the Strip District group, which will work with the submitter to make it the best potential garment it can be. The finished version then will be put up for sale on Cotton Bureau’s site, with a catch: At least 12 must be purchased for the shirt to be made. That way, no one loses money on a miss. Once a shirt hits the threshold, Cotton Bureau has it printed at Point Breeze-based Clockwise Tees and handles the shipping and customer care. “There are tons of places to sell T-shirts online,” says Nathan Peretic, one of three company founders (along with Jay Fanelli and Matthew Chambers; the team also includes Sara Gardinier and Laura Hersh). “But we wanted to stand for something as Cotton Bureau: Tastefully designed, good shirts are important to us.”