Festivities will include fireworks, entertainment and activities that will deck the halls downtown from Light Up Night until First Night. 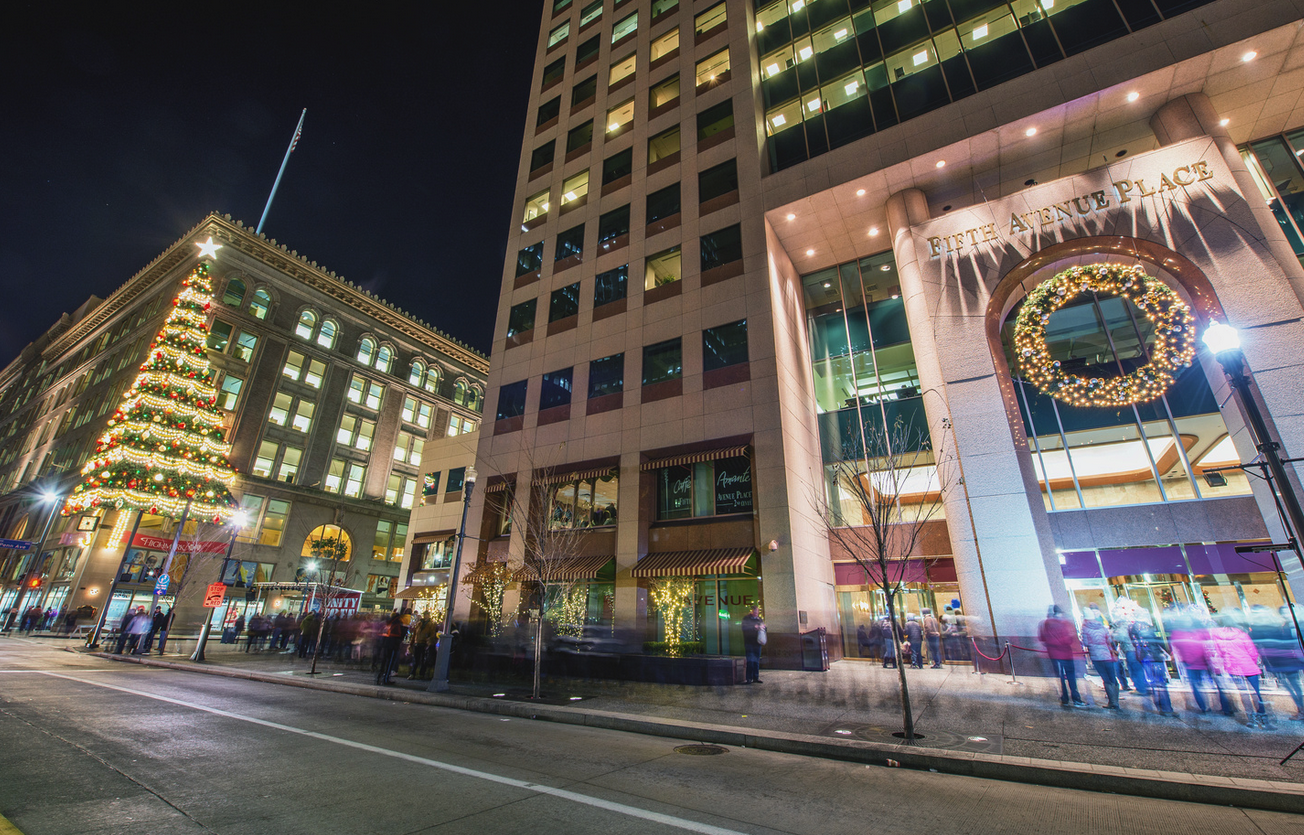 Pittsburgh’s 55th annual Light Up Night celebration is expected to be bigger and better than ever with a larger ice rink, more entertainment, food, activities and, yes, an incarnation of the Macy’s windows.

Officials from the Pittsburgh Downtown Partnership, Highmark, BNY Mellon and many other sponsoring organizations gathered Thursday at the PPG Wintergarden downtown to preview what visitors can expect from Light Up Night, set this year for Friday, Nov. 20.

“I’ve learned there is no better way to kickstart the holidays than Light Up Night,” said Jeremy Waldrup, President and CEO of the PDP.

Five stages of live entertainment will be set up across downtown, and performers include Mt. Lebanon teen sensation Daya and national recording artist JoJo.

New this year is the Xfinity Country Music Stage on Smithfield Street at Fifth Avenue, featuring regional artists NOMaD and the Stickers as well as Cody Gibson.

Shows for the EQT Jazzmasters Stage at EQT Plaza were programmed by the Manchester Craftsmen’s Guild and will include more than 30 musicians.

Tree-lighting ceremonies will begin at 11:15 a.m. with the City-County Building Tree Lighting. The last, the Highmark Unity Tree Lighting, will occur at 7 p.m.

Concern has reigned regarding the Macy’s holiday window display after Macy’s closing earlier this year, but organizers have a plan. Nine festive windows, two designed by Macy’s with a Pittsburgh theme, will be decorated in landmark department stores along Fifth Avenue. The windows will be unveiled at 6:30 p.m. on Light Up Night from the Xfinity Country Music Stage. Mayor Bill Peduto, who will be accompanied by Meghan Klingenberg of the gold-medal winning U.S. Women’s National Soccer Team, will host the dedication.

Also back this year is the Peoples Gas Holiday Market, a European-inspired Christmas market with more than 30 vendors. New shops this year will include The International Classics Toy Shoppe. Santa will reside in his storybook home in Market Square, where donations for the Greater Pittsburgh Community Food Bank will be accepted. 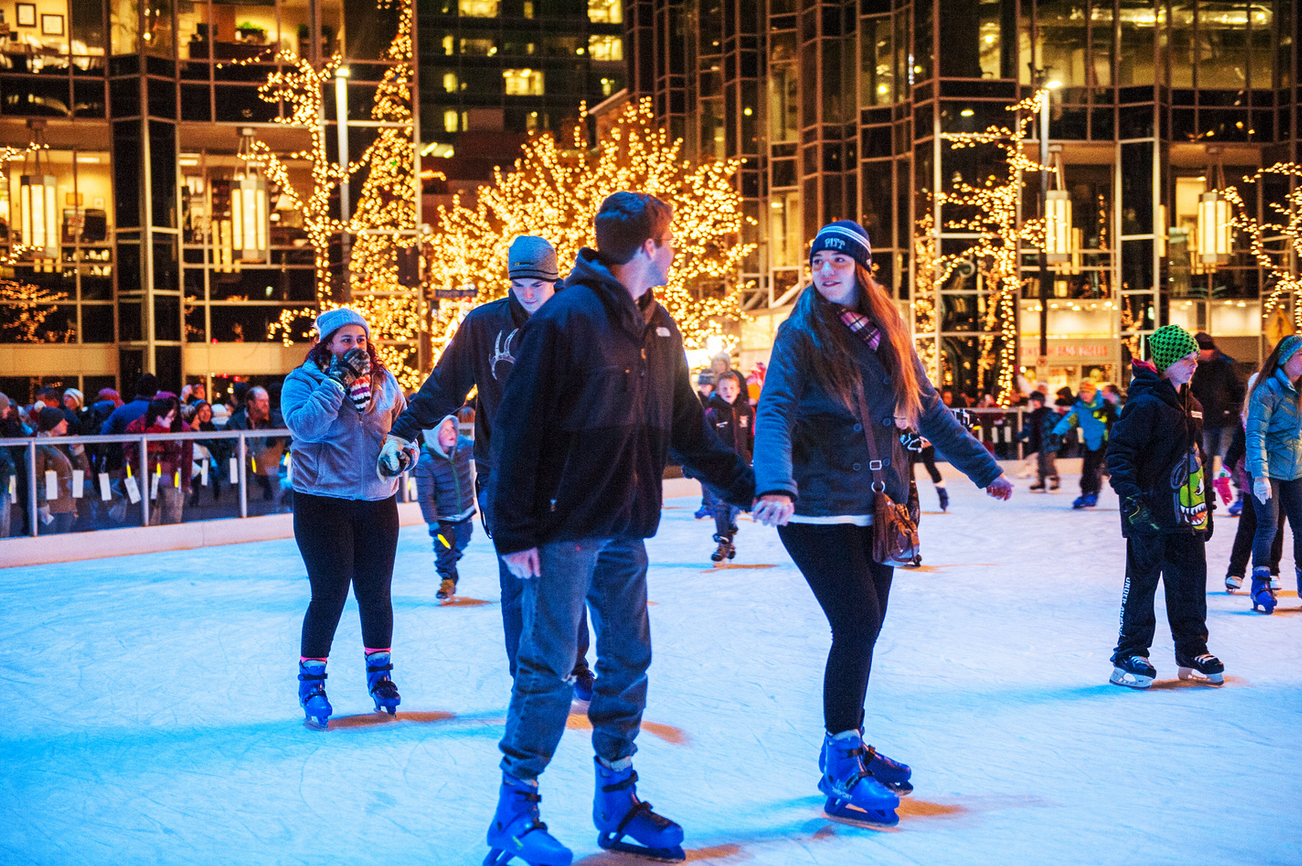 The Rink at PPG Place will expand by 25 percent to 116 feet by 116 feet, which will put its size at 67 percent larger than Rockefeller Center’s rink. Officials say 68,000 people were on Pittsburgh’s downtown ice rink last year.

Santa and his live reindeer will appear at One Oxford Centre, where horse-drawn carriage rides will depart on Light Up Night. There will be entertainment on and off the ice at PPG Place including the American Cancer Society’s Tribute of Light.

At Fifth Avenue Place, there will be life-sized ice carvings, children’s activities and more live music. 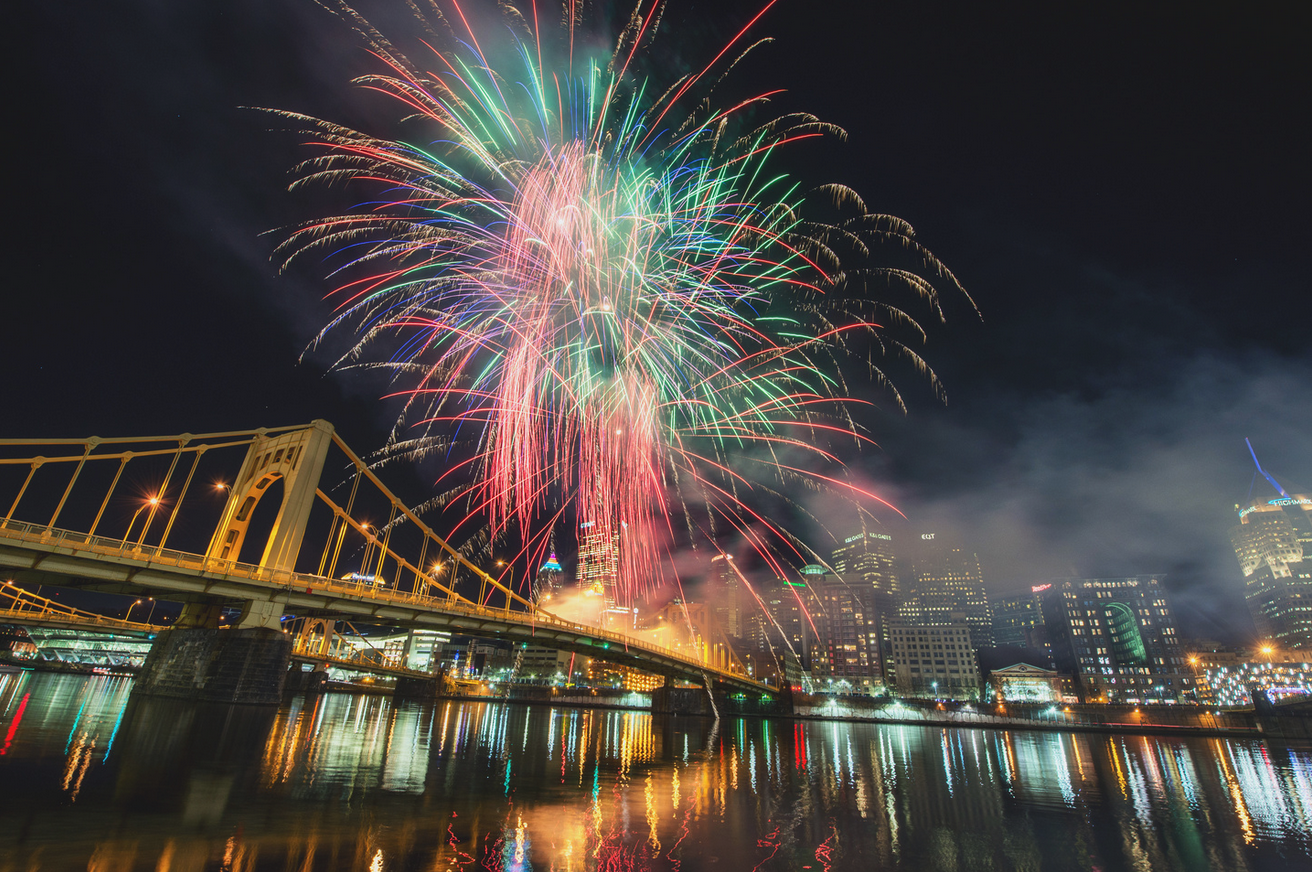 The BNY Mellon Fireworks finale by Zambelli Fireworks will be launched from the Andy Warhol Bridge.

Organizers stressed downtown will continue celebrating the holidays after Light Up Night, with family events and free parking in Pittsburgh Parking Authority garages on the weekends as well as on Black Friday. MetLife Holiday Kidsplay will return this year on Saturday and Sundays from Nov. 21 to Dec. 20 — as well as on Black Friday — in the 800 block of Liberty Avenue.