PIT is the first U.S. airport to earn the distinction from Air Transport World Magazine. 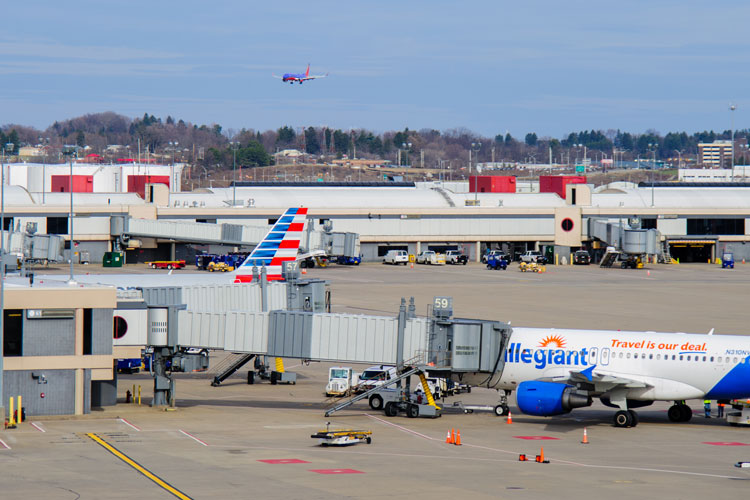 Air Transport World magazine has chosen PIT as its 2017 Airport of the Year. Pittsburgh International is the first U.S. airport to be added to this distinguished list that also includes Hong Kong International, London Heathrow and Singapore Changi.

“In the past two years, Pittsburgh International Airport has nearly doubled the number of nonstop destinations available to travelers. Just like our region, the airport service continues to grow, serving business and leisure travelers alike,” Allegheny County Executive Rich Fitzgerald said in a statement. “We are proud of the work being done by the team at Pittsburgh International Airport, and thank ATW for this fantastic recognition.”

The magazine attributes Pittsburgh International’s award to the airport’s ability to bounce back and rebuild both air service and community engagement.

Related: Wheels Up? What's Next for PIT?

Today, Pittsburgh International offers 68 nonstop destinations, a significant increase from the 37 destinations that were available in 2014. Last year was the airport’s busiest, with more than 8.3 million passengers, making it the third-straight year of improvements after more than a decade of decline. The airport’s Board of Directors has also started a community coalition to support air service that includes business and tourism organizations, colleges and universities, foundations and elected officials at county, state and local levels.

“This award is a huge honor from a longtime, respected industry resource. Pittsburgh International has turned a corner – passengers, flights and destinations are up – and the industry has taken notice,” Allegheny County Airport Authority CEO Christina Cassotis said. “We’re excited by the turnaround story at the airport which has been powered by a tenacious team at every level in the Authority and an engaged and supportive community.”

Pittsburgh International will be officially honored with the award in March and will be featured in ATW’s next issue.