Pittsburgh Flicks and Nightlife in November

The perfect movie for election night? 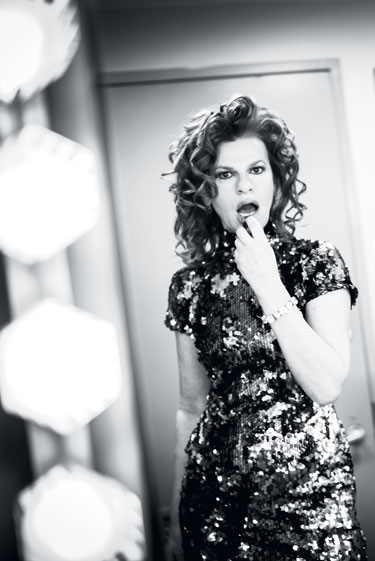 Sandra Bernhard is both a consummate insider and a total outsider in Hollywood.

She started her career at the legendary Comedy Store in Los Angeles in the late 1970s and went on to make memorable appearances in films such as Martin Scorsese’s “The King of Comedy” and television shows such as “Roseanne,” where she played the first openly gay character on a network sitcom.

Not to mention she’s had several successful one-woman shows on Broadway and Off-Broadway, three books and a talk show, “Sandyland,” on SiriusXM satellite radio.

Throughout her career, though, her act has always remained raucous, biting, raw and eager to analyze and criticize the oddities of the world in which we live.

Her current live show, Feel the Bernhard, which includes two appearances at Rivers Casino on Nov. 12, combines stand-up comedy with rock n’ roll by her band, The Sandyland Squad, to create a cabaret-style show with her usual mix of elegance and camp.

Few films have made the transition from footnote to cultural touchstone quite like “Idiocracy,” the 2006 comedy from director Mike Judge.

The filmmaker, who co-wrote the comedy with Etan Cohen, created “Idiocracy” as a follow-up to his 1999 cult classic “Office Space.” Distributor 20th Century Fox, however, opted not to hype the film, giving it an extremely limited theatrical release and no meaningful promotion. Rumors at the time held that Fox was put off by the film’s subject matter; “Idiocracy” stars Luke Wilson as Joe Bauers, a U.S. Army librarian sent 500 years into the future via a botched experiment only to discover that the world has become almost uninhabitable because humanity has grown very, very dumb.

In the years following its quiet release, the film gained traction as an indictment of modern society, politics and corporate culture; it now enjoys a reputation that far outpaces its original reception and is frequently cited as something of a cautionary tale by those looking to indict certain political and social movements. It is with no lack of timing, then, that Row House Cinema (rowhousecinema.com) has opted to give “Idiocracy” a 10th-anniversary screening on Nov. 7 and 8 — the eve and day of the presidential election.

“I think it is important to note that it’s not just a criticism of someone who would support [one candidate]; it’s a criticism of a lot of society on both sides of the coin,” says Row House owner Brian Mendelssohn.

“Idiocracy” will be screened throughout the day on Nov. 7 and at 10 p.m. on Nov. 8 — allowing guests to distract themselves from early returns and potentially learn the result of the election when the credits roll. (Don’t think you’ll be able to wait? The Row House staff promises to keep the concession stand manned and provide real-time updates over popcorn throughout the screening.)