Pittsburgh Flicks and Nightlife in February

Penn Hills Cinemas, which celebrated its 50th year in 2016, is the sort of place that dotted the landscape throughout the 1980s and ’90s but has all but disappeared since. Here, customer loyalty is built via value. 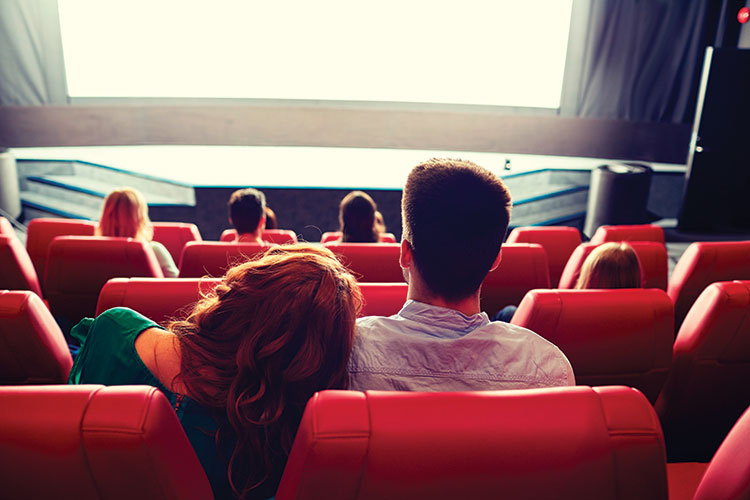 With few exceptions, 21st-century movie theaters fall into one of two categories: sprawling, high-tech multiplexes in the suburbs and small, specialty cinemas in and around the city. There’s a notable local exception to this rule, however, in the form of Penn Hills Cinemas (facebook.com/pennhillscinemas), which celebrated its 50th year in 2016.

Independently owned and operated (also a rarity), the theater is a four-screen multiplex tucked into the corner of a shopping plaza. It’s the sort of place that dotted the landscape throughout the 1980s and ’90s but has all but disappeared since. Here, customer loyalty is built via value; nearly every ticket for the first-run features shown at Penn Hills Cinemas is $5 (only adult admissions to weekend evening shows are more, still at the relatively low price of $7; 3D features do carry a $2 surcharge). Popcorn is roughly half the price of most multiplexes, and drinks and other snacks are cheaper as well. How does the theater keep running at those rates? “By not being greedy,” owner Paul Looker says.

“There’s no reason to rip people off … I hear people bringing their kids in here who say, ‘Wow, this was $100 cheaper [than a trip to a chain multiplex].”

Further special offers include free popcorn with admission on Mondays, “Tub o’Tuesday” (bring your own vessel for popcorn and fountain drinks and staff will fill it for $1), and beverages for $1 or less on Thursdays, among other deals (all of which are regularly posted on the theater’s Facebook page, along with daily showtimes). More than simply a bargain option for current flicks, though, Penn Hills Cinemas is a throwback to the humble and locally-owned theaters of the past. With no sacrifice in comfort of quality — seats were replaced five years ago, and the theater screens with all-digital projection — it’s preserved a business model, and an aesthetic, that has mostly gone the way of Blockbuster Video.

As part of the programing for its retrospective of the work of ceramicist Edward Eberle, Contemporary Craft (2100 Smallman St.; 412/261-7003, contemporarycraft.org) launched a three-part speaker series, dubbed “The Space Between.”

The idea, inspired by the black-and-white motifs of Eberle’s work, is to bring together professionals from different creative fields to discuss some shared feature of their work.
This month, the theme is “the body,” and the panelists are tattoo artist Hannah Aitchison, an owner of the Curiosity Shop in Lawrenceville in 2014, and dancer and director of Bodiography Contemporary Ballet Maria Caruso, who teaches at La Roche College. They will appear at 6 p.m. on Feb. 9 at the Society for Contemporary Craft.

Each panel ends with an informal discussion of the Eberle exhibition, which attendees are encouraged to view.