“Gone with the Wind” returns to a Pittsburgh theater for just one night this month. 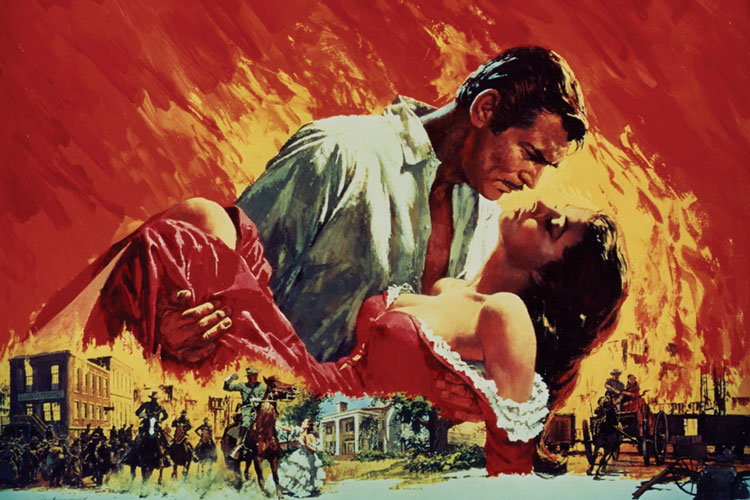 Many film fans have never seen the 1939 classic Gone with the Wind, despite the film’s seemingly endless list of laurels. When adjusting for inflation, it remains the top-grossing film of all time; it earned nearly $200 million at the time of its release, which translates to more than $1.7 billion in 2016.

It received eight competitive Academy Awards (including Best Picture, beating the likes of “The Wizard of Oz” and “Mr. Smith Goes to Washington”) and an additional two honorary Oscars, which then was a record. It holds the sixth spot on the American Film Institute’s list of the 100 best American films of all time.

One factor makes it a bit of a hurdle to clear, however, even for serious cineastes: Its length. At an intimidating 221 minutes, “Gone with the Wind” isn’t what you typically choose when throwing a movie on at the end of a day. The solution: Settle in to see it in the theater. The drama will be revived in a one-night-only showing Wednesday, Aug. 24 at AMC Loews Waterfront 22 (amctheatres.com).

While weekly screenings of hits from the past have been a regular feature at the cinema for years, the lineup typically tends toward more popcorn-friendly fare — think “Jaws” or “Pulp Fiction” — making a nearly-four-hour period piece a bit of a departure.

“It’s something that people have been asking for,” says Ryan Privett, a projectionist and supervisor at AMC who runs the AMC Classic Movies lineup. “I think it’s mostly people who have already seen it bringing friends and family who haven’t.”

When Woody Drennan returned home a few years ago after a sojourn through the world of Los Angeles improv and sketch comedy, he was pleasantly surprised.

In his absence, Pittsburgh audiences had become versed in long-form improvisational comedy, in which performers create an evening of theater in real time. So Drennan started Unplanned Comedy, which both practiced and taught the art form. “We preach authenticity first and comedy second,” he says. After years of performing at local restaurants, Drennan recently secured a dedicated performance space at 5601 Butler St., above the Hop Farm Brewing Company.

A series of shows this month will serve as a soft launch for a grand opening for the new Unplanned Comedy Warehouse Theater (www.unplannedcomedy.com) on Aug. 27. No longer forced to compete against diners and bands, Drennan expects the new space to encourage a more theatrical experience and accommodate ambitious forays into web series and podcasts.