Our monthly look at oddities around the region. 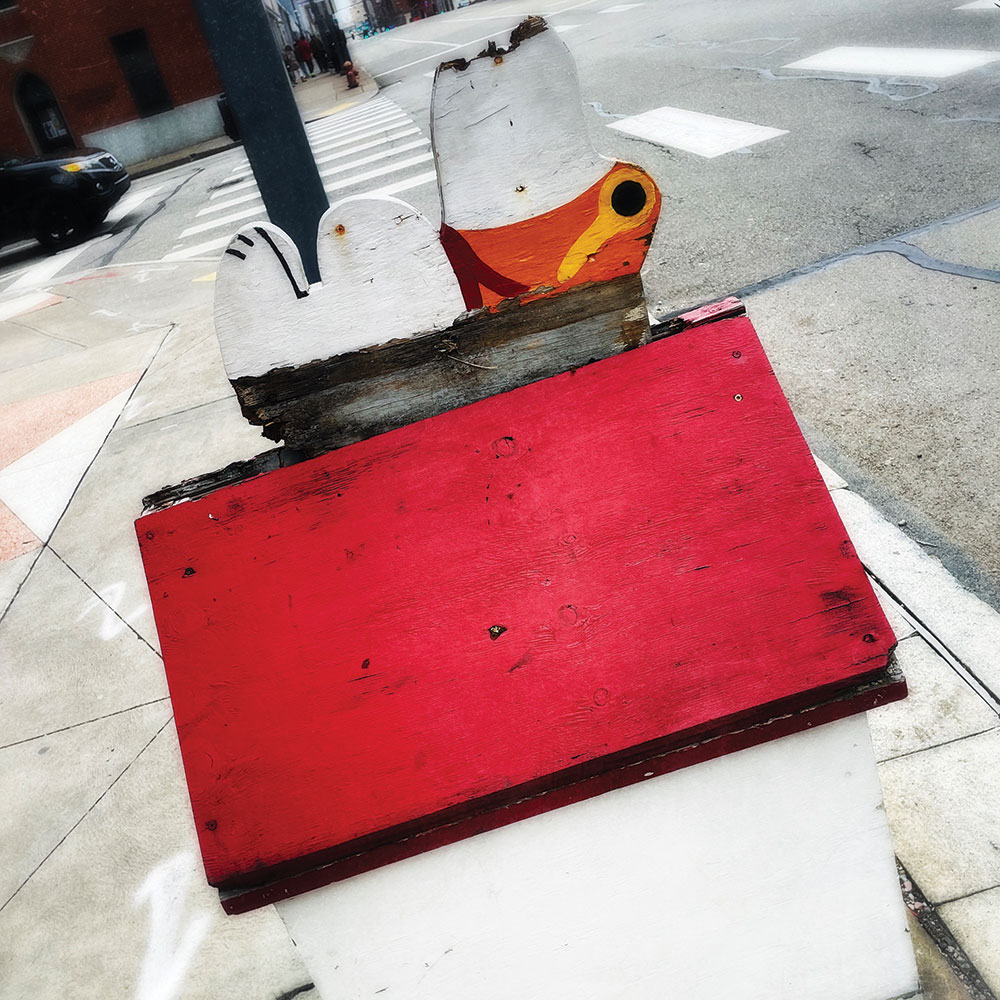 Snoopy, taking a nap on his doghouse,” you’ll think. “Nothing unusual about that.”

Until, of course, you remember that most Downtown street corners do not have full-size tributes to cartoon dogs — sleeping or otherwise.

Built in 2000 by Public Works carpenter Ron Gembarosky, Snoopy had a rocky debut; both dog and house were stolen twice in their first year (the first was never found, the second turned up a few days later). After that, though, Snoopy — with a spirited Steelers logo adorning his house — has remained.

The beloved pooch is a bit dinged up these days, but after more than 20 years, he has become a Downtown landmark.

So why is he there? Apparently, Public Works needed to cover some wiring on the sidewalk, and Gembarosky wanted to memorialize “Peanuts” creator Charles Schulz, who died in 2000.

This article appears in the February 2023 issue of Pittsburgh Magazine.
Categories: Community Feature