Pittsburgh City Living at its Finest 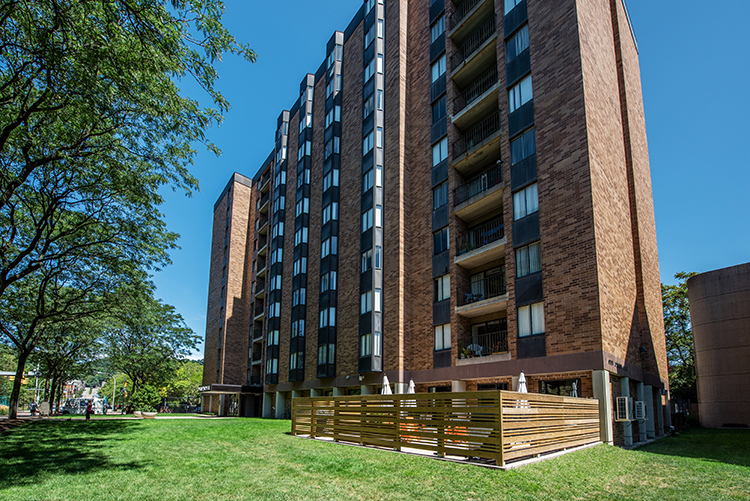 Every morning, Eric Contakos leaves his North Side apartment and walks to his office in the Strip District. He works a full day, then walks home, where he’ll typically hit the state-of-the-art gym on the ground floor of his building before dinner.

His wife, Jenny, also walks to the Strip District for work — she’s a librarian at Education Management Corp., while Eric is a quality-assurance specialist at Omnyx, a joint venture of UPMC and General Electric Healthcare. In the evening, the crafty pair often work on their art — they create octopus-themed wall hangings through their business, Takopus Ink.

On the weekends, they may walk across the Andy Warhol Bridge and eat at a hot restaurant downtown before seeing a show at Bricolage or another of the Cultural District theaters. They also take frequent advantage of running and biking trails near their home.

It’s what all of the residents enjoy in Park View Apartments in Allegheny Center, which Faros Properties purchased in 2013 and subsequently renovated. Faros is a New York City-based company that has been investing there, as well as in Boston and Pittsburgh, for the past several years. 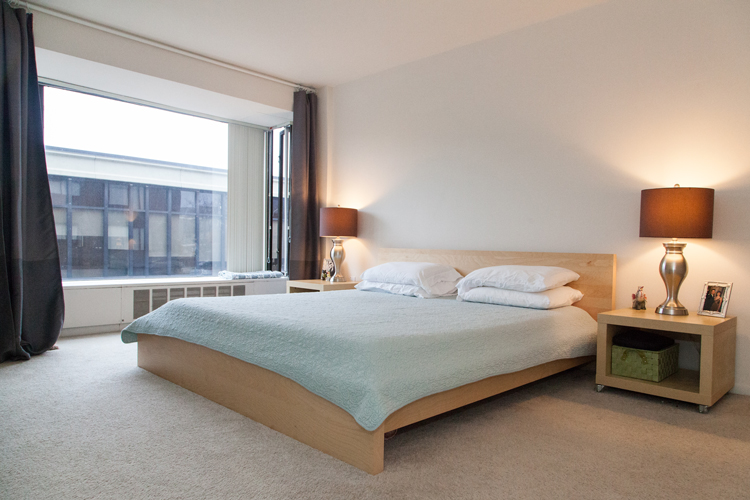 Over the past two years at Park View, Faros has transformed what had been a cluster of outdated, largely unoccupied buildings into a new kind of contemporary, chic living space, enhancing a neighborhood that, for years, had been overshadowed by commercial development nearby. With its proximity to downtown and the North Side’s many attractions, the complex represents a major investment in an area that is becoming increasingly desirable, says Jeremy Leventhal, a Faros Properties managing partner.

​Leventhal says the North Side has been “starved of large-scale investment” since Alcoa signed on to revitalize Allegheny Center in 1960. The center once served as a massive retail and office space, but the mall went out of business in the 1990s.

Real estate in East Liberty and Lawrenceville has become more and more desirable, and nearby downtown has seen occupancy rise dramatically over the last few years.

But the North Side hasn’t had a similar boost despite the fact that its cultural amenities  — the stadiums as well as the New Hazlett Theater, several museums and popular restaurants — are enviable.

“Reinvesting in the area and the neighborhood, we think, has not only been beneficial to filling these apartments but also creating this dynamic environment,” Leventhal says, citing the many amenities, both on the property and nearby, residents can enjoy. 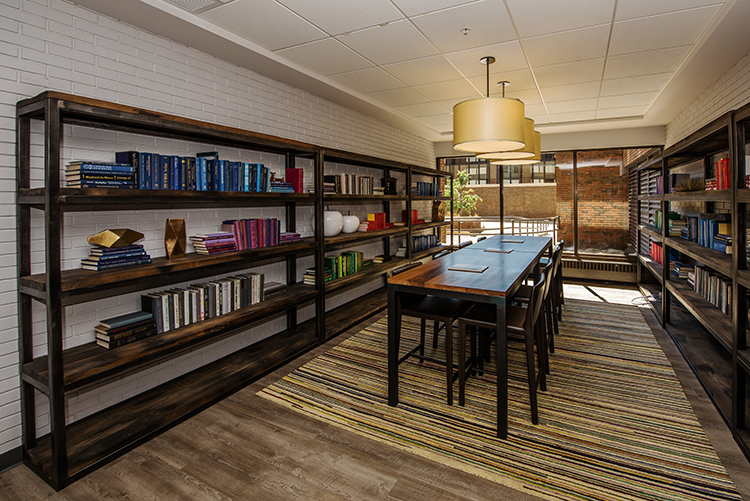 Among the amenities at Park View are the aforementioned state-of-the-art gyms in three of the four buildings, rooftop patios in two buildings, free Wi-Fi in all common areas, a business area, a game room, 24-hour maintenance and keycard access at all doors. All of the one-bedroom and many of the two-bedroom apartments have balconies. Studios start at $625, one-bedrooms start at $895 and two-bedrooms start at $1,100.

By comparison, the average rent downtown is $1,532 for a one-bedroom apartment, and $2,069 for a two-bedroom, according to the 2015 Pittsburgh Downtown Partnership State of Downtown report.

When Faros purchased the apartments in 2013, the buildings were 50 percent occupied. Within six months, they were full.

“We’re very excited about it,” Leventhal says. “It was tremendously successful.” 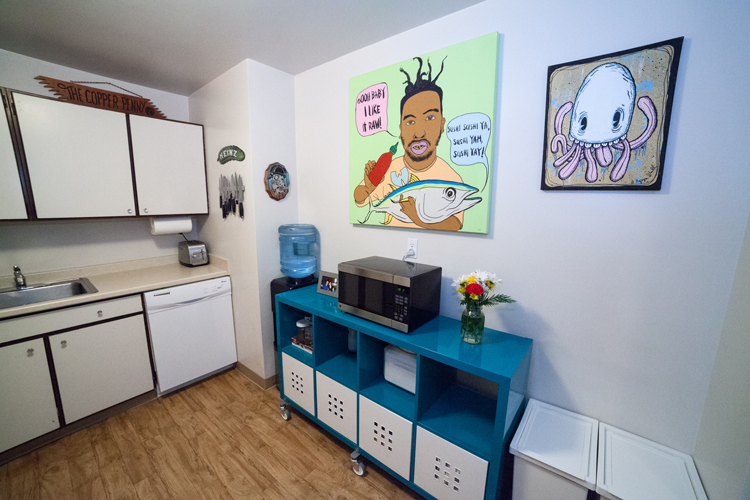 City View Apartments, inside the former Washington Plaza complex near CONSOL Energy Center, were at 97 percent occupancy at year’s end. Carson Street Commons, which are scheduled to be renovated in the South Side, were at 96 percent occupancy.

City View Apartments represents the first purchase Faros made in Pittsburgh, and both City and Park View are undergoing continuing renovations. Downtown-based Strada Architecture designed the renovated Park View, while Perkins Eastman worked on the City View Apartments in the former Washington Plaza.

The latter building was constructed in 1964 and originally designed by world-renowned architect I.M. Pei. Perkins Eastman won a certificate of merit award for interior architecture from the American Institute of Architects Pittsburgh chapter last year for its design work there.

“I think we sort of took it upon ourselves to make sure the design was significant and consistent with the building and the architectural significance of a building that was designed by a renowned architect like I.M. Pei, and I think Perkins Eastman did a great job of that,” Leventhal says. 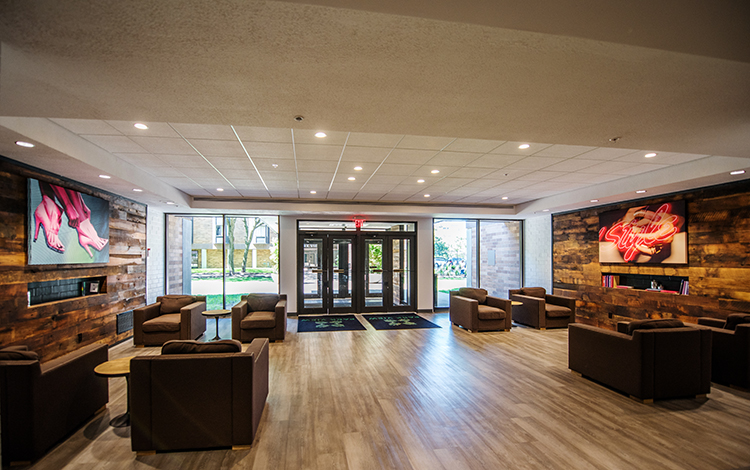 Faros, which has invested more than $250 million in Pittsburgh so far, also is behind the renovation of NOVA PLACE in Allegheny Center, a 1.2 million-square-foot office and parking complex that, when completed, is intended to serve as a technological hub and a space for other businesses. Innovation Works, a major incubator for budding technology companies, already has signed on to move its headquarters there from its existing location in the Pittsburgh Technology Center in South Oakland.

​Leventhal says the neighborhood impact Park View and City View have had so far has been “tremendously positive.”

“With both properties, there’s a significant amount of land,” he says. “Park View has this beautiful park in front of it, and it’s a very outdoor social area. Similarly, City View is on 5 acres and has a beautiful pool and has tennis courts and has a walking trail, which is pretty unique for a building that’s downtown.” 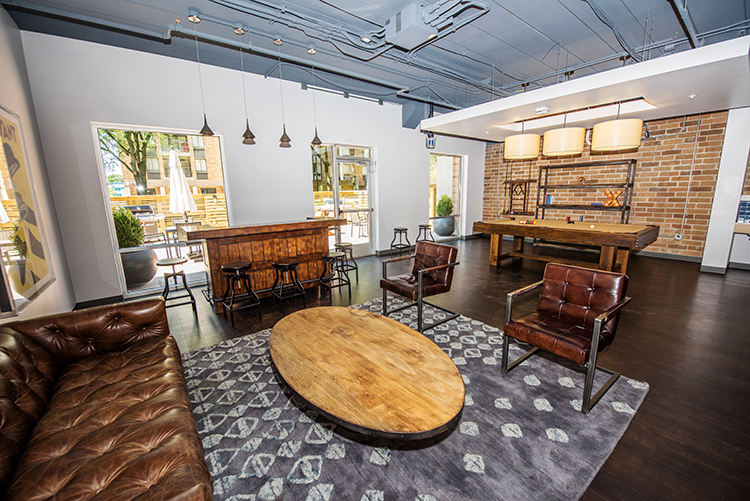 The Contakoses say they chose Park View Apartments primarily because of the building’s proximity to the city’s epicenter — as well as its many amenities. Eric says the couple “made the mistake of leaving Pittsburgh for eight years” after living here for six years after college — Eric is a Penn State graduate but a Pittsburgh-area native and Jenny attended the University of Pittsburgh. When they decided to return to the city, Eric promised his wife they’d live downtown. After they toured the new North Side apartments in summer 2014, they decided to make a slight adjustment.

“We looked all over, and we love the North Side,” Eric says. “I think it’s like a hidden gem.”

Kathleen Mahin, 28, and her boyfriend, Ryan Croyle, 25, also moved into Park View apartments in 2014. They had their eyes on the North Side and came across the building while Mahin was searching the website apartments.com.

“We didn’t want to be downtown, but we wanted to be close enough preferably to be able to see downtown or close enough to walk,” she says.

The couple was living in northeast Ohio but wanted to move to Pittsburgh — they had both visited before and liked the city.

They live in a one-bedroom apartment with a balcony on the ninth floor of Park View 3, and they got the vista they desired. 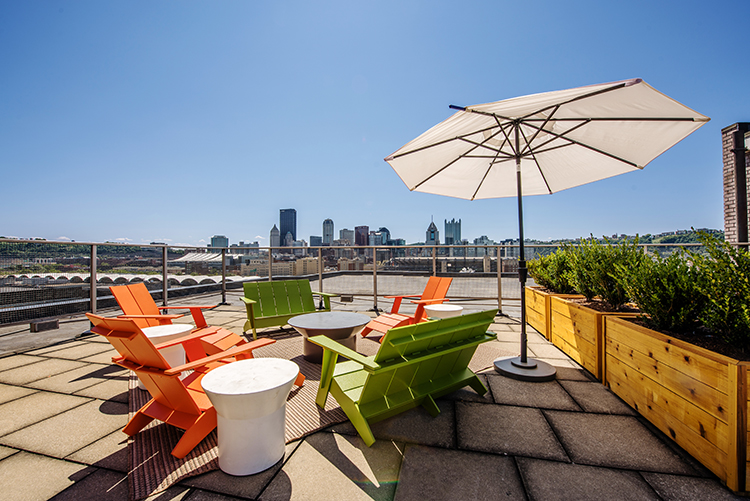 “We’ll probably never have a view like that again — or at least not for awhile,” she says.

The proximity to downtown has worked out well for them too. Mahin walks or bikes to church downtown every weekend, and she and Croyle have attended a performance by the Pittsburgh Opera. They’ve visited The Andy Warhol Museum on the North Side and attended 21+ nights at the Children’s Museum of Pittsburgh, which is located in the center of the four-building Park View complex.

“It was so great last summer being so close to the baseball stadium — we didn’t have to fight for parking,” Mahin says.

They’re also close to work — she works on-site at Google in Bakery Square through HCL Technologies, which provides infrastructure services for Google Shopping, and Croyle is a project designer at Desmone Architects in Lawrenceville. 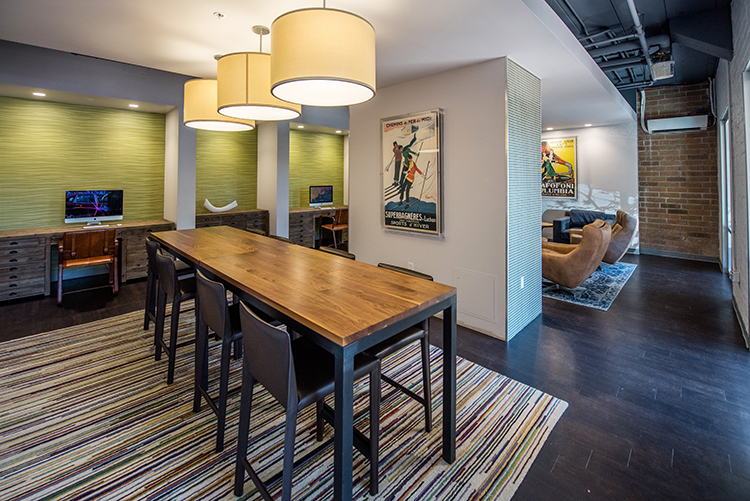 Park View Property Manager Sarah Fitzpatrick cites Maker Faire, a display of work from Pittsburgh-area inventors, artists and engineers held on the North Side in October, as one of the success stories to which Faros has contributed. Faros, in addition to the city, the Children’s Museum of Pittsburgh, Innovation Works, and other major companies, partnered on the event.

Faros marketing director Gretchen D’Atri says the company aims to improve the surrounding area, not just the property it owns. At Park View, for example, the sidewalks leading up to the apartments were in disrepair. Even though they’re owned by the city, Faros paid for them to be fixed.

“We don’t just renovate the apartments or the amenity areas,” D’Atri says. “If there’s a great community park or, for example, the sidewalks leading up to the apartments, we’ll renovate those as well.

“We are different than other real-estate firms; we’re in it for long-term investment. We make improvements to the community.” 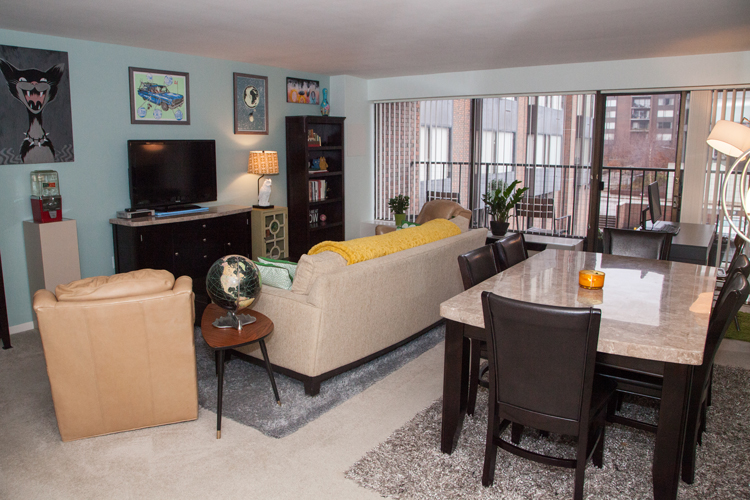