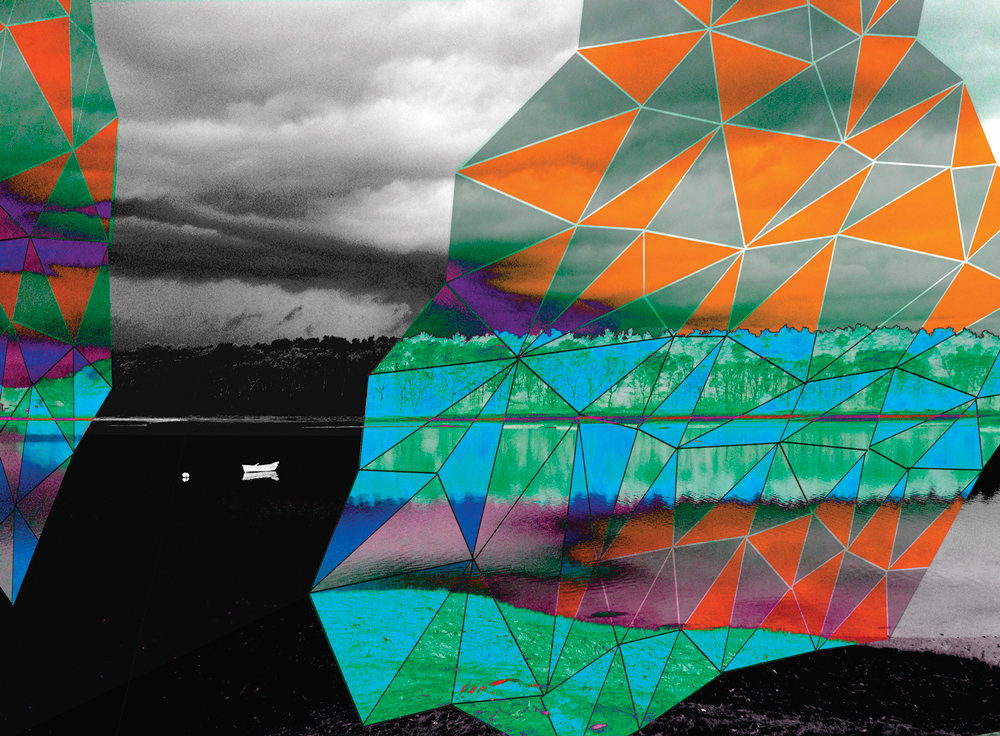 To describe the local art world in a single word, you could wave your arms around a Pittsburgh Center for the Arts exhibit called “The New Collective.”

Your word would be: “this.”

A clever trick, but it’s also the point of the show, which is on view through Jan. 19. “The New Collective” brings together 75 paintings, sculptures, photographs, prints and tapestries by 61 local artists who have one thing in common: They each belong to an artist guild, the co-ops long-affiliated with the yellow Shadyside mansion.

The guilds are the seeds from which the PCA sprouted. Their artists helped to found the center in 1945 to promote local arts during the first Renaissance. Since then, guilds have merged and emerged, faded and persisted. Today, there are seven — the Society of Sculptors, the Craftsmen’s Guild of Pittsburgh and Group A are the remaining originals, and they have been joined over the decades by the Fiberarts Guild of Pittsburgh, the Pittsburgh Society of Artists, the Pittsburgh Print Group and Women of Visions.

The center stopped hosting annual exhibits for each guild in the late 1990s. Instead, it required guilds to submit exhibit proposals, which a committee reviewed. Having proposals made it easier for the center to match shows to be displayed at the same time.

“The breadth and variety of works, in style and content, represented the multifaceted city that Pittsburgh has become.”
— Renee Stout


“It did serve its purpose,” says Laura Domencic, who has been PCA’s director since 2006. But it was time for a change. Some guilds went a few years without submitting an application. Other proposals increasingly incorporated themes, which can jumpstart creativity — or redirect the natural course of artistic inquiry. “The New Collective” has an anti-theme. It’s “what those guild artists are working on currently,” as Domencic says.

As such, anything goes. Pittsburgh is a unifying thread. Cory Bonnet’s painting of a fiery sunset beyond the Fort Pitt Bridge recalls the bygone blast furnaces. Carol Skinger’s “Pittsburgh Census” is even hotter: She maps the city using rubber stamps labeled “White Pittsburgh,” “Black Pittsburgh” and “Mixed.” It’s a counterpoint to the beloved map of the city’s 90 neighborhoods. 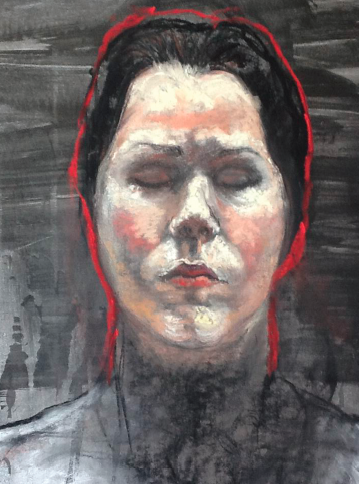 Other works turn Pittsburgh into a backdrop for a modern “Mona Lisa” or a scene reminiscent of “The Last of Us,” the apocalyptic video game set here. But “The New Collective” is by no means a local love fest. It includes serious explorations of forms and materials, particularly in work from the thriving local fiberarts scene.

The gray strands snaking through Carolyn Carson’s “Dance at the Sea of Reeds” could be a river delta seen from an airplane or capillaries in a pulsing organ. Set against a red tapestry, they look both sickly and thriving. Jane Ogren’s “Jefo 638 (diptych)” trains delicate cloth into fungal knobs. Gerry Florida’s necklaces also feel alive; they look like a sacred collection of shells, flowers and jewels gathered at low tide for a pagan ritual.

This all-guilds format is a placeholder while the center determines a way forward, but it promises to be a model. Domencic wants future exhibitions to grow organically from the current work of guild artists.

The arrangement lured people to the gallery with a simple idea, though. Now, the art must speak for itself. “Sometimes that can be more challenging to package,” says Domencic, but she expects this “more-transparent” approach to be more rewarding for all involved.

The artists agree, says Priscilla Pfanstiel Robinson, guild exhibitions chair and president of the Pittsburgh Society of Sculptors. There’s talk of bringing back the group setup every three years. “When they want to do it again, that’s a good sign,” says Pfanstiel Robinson.

The format has unique benefits: By combining their limited resources, the guilds got three jurors instead of one — Petra Fallaux, a local fiber artist; Clayton Merrell, a local painter, printmaker and associate professor at Carnegie Mellon University; and Renée Stout, who grew up here before launching a successful multimedia career in Washington, D.C. With three sets of eyes, “The New Collective” aims for diversity and consensus. Of the 75 works chosen for the show, 17 selections were unanimous.

“At times in the process, I felt the pangs of familiarity as I viewed the works, while others times it was surreal, like I was in a place that I couldn’t quite recognize,” Stout wrote in her juror’s statement. “The breadth and variety of works, in style and content, represented the multifaceted city that Pittsburgh has become.”

This article appears in the January 2014 issue of Pittsburgh Magazine.
Categories: Things To Do