Pittsburgh About to Get a New Dueling Piano Bar

Howl at the Moon is described as part bar and part concert, with a heavy dose of audience participation. 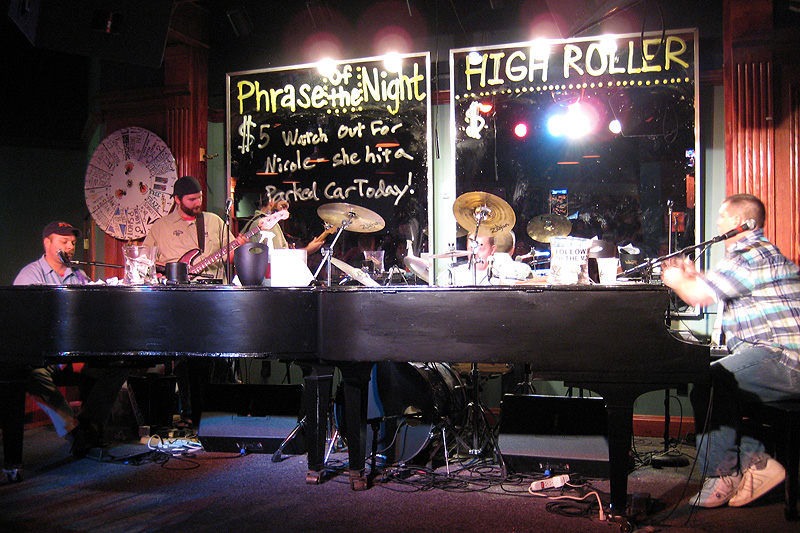 Here’s a high note: Howl at the Moon piano bar’s freshest set of keys is coming to Pittsburgh in April.

The company’s 16th location will open downtown in a commercial building on Seventh Street, which seemed like “a great fit for Howl,” says national marketing manager Kassidy Anderson.

Live music by audience request harmonizes the joint with high energies, complemented by the bar’s signature 86-ounce buckets of booze. (Remember: Imbibe responsibly!) It’s not yet decided whether Pittsburgh’s Howl will serve food like its nearest counterparts in Philadelphia and Baltimore.

Although pianos are a common theme across all Howls, Anderson says each spot “creates its own dynamic.”
–– Natalie Daher

Everyone who's sick of shoveling snow — and has the sore back to prove it — rejoice: With the help of a newly developed mobile app, Plowz & Mowz, you may never again have to plow your own driveway, mow your lawn nor rake leaves — that is if you're willing to pay someone else to do it.

Download the free app — now available in 30 cities, including Pittsburgh — for Apple or Android devices, as well as desktop computers, and pay only for services you order with a credit card on file.

Once you download Plowz & Mowz, a provider will come to your home and get the job done while you relax . . . under a fuzzy blanket. Similar to Uber, the app will give a price estimate preview based on the size of the property to be cleared and the length of time the job. Also like Uber, you’ll see an estimated time of arrival for the nearest crew member to your location, and you’ll be charged only after the job is complete. Plowz & Mowz will even send you a photo confirmation so you don’t have to leave the house.

#Inspiring: Pitt will be home to the Live Like Lou ALS Research Center

When the next generation hears an ALS diagnosis, Neil Alexander wants there to be something they can do about it.

Alexander, who has been living with Lou Gehrig’s disease for three years, started the charity Live Like Lou with his wife, Suzanne, in 2011. Before reading any further, take a few minutes to watch the their inspiring, heart-wrenching story in the video above.

After years of fundraising for ALS research, the Alexanders are partnering with the University of Pittsburgh to create the Live Like Lou Center for ALS Research, a $10 million facility, to continue working toward that goal.

Since his diagnosis, Alexander can no longer stand or walk, and he cannot hold up his head on his own. He is in a wheelchair, and his wife is his primary caretaker. The Alexanders, as well as other groups such as Carnegie Mellon University’s Sigma Alpha Epsilon, already have pledged to raise money for the new center.

Though Alexander knows that this research will likely not save him — ALS patients typically live two to five years after diagnosis — he is hopeful that Pitt’s research history and the community feel of Pittsburgh will bring something different to ALS research.

“We think by combining those two things we can have a significant impact on this disease right here in Pittsburgh,” he told the Pittsburgh Post-Gazette.
— CH