Four ways to make the city even better in 2015. 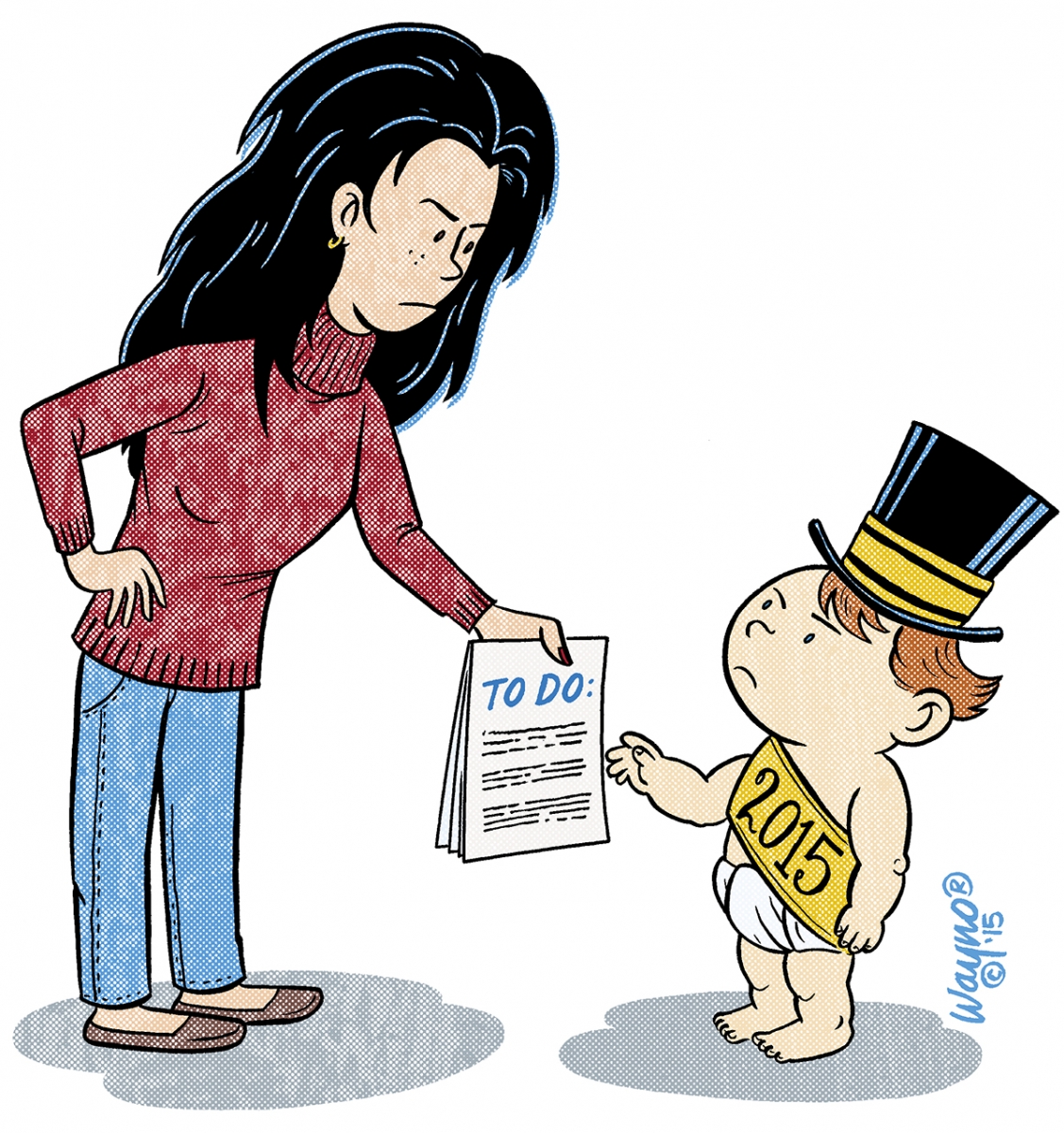 Once in a fit of hysteria, delusion or wine-induced optimism — or perhaps a burnt casserole of all three — I made a New Year’s resolution that I would no longer procrastinate. Gonna get stuff done!

The first thing that’s funny about this is that I set the resolution on Jan. 6. No joke.

The second thing that’s funny about it is that my resolving to stop procrastinating is like my dog resolving to stop rolling around ecstatically in deer poop — mashing his face into it with a certain frantic severity while gurgling, “My preciousss.”

My failed attempt at quashing my procrastinatory tendencies showed me that changing certain ingrained traits is as futile as trying to remove the carbon from steel. (Somewhere my metallurgist father is all, “Attagirl.”) But that doesn’t mean that we ’Burghers can’t set some resolutions for 2015. Some things, we CAN change.

1. Be it resolved, we will not flick or otherwise jauntily deposit cigarette butts onto the streets. I’ve said this before . . . just because it previously was on fire doesn’t mean it’s not littering when you toss it on the ground. You wouldn’t grab an orange peel, wrap it in some three-hole-punch paper, light one end on fire, extinguish it and toss it on the street before walking away . . . because that would be LITTERING.

In the same vein, your paper-wrapped tobacco stops being a nicotine-delivery system and starts being litter as soon as it hits the ground. Toss it in one of those cigarette-butt receptacles. SWALLOW IT for all I care. Just don’t litter the streets of our city with it.

2. Be it resolved, we will drive to the merge point before merging, and we will allow at least one car to merge in front of us. At this point, if all that is inscribed on my tombstone one day is, “She taught Pittsburgh to merge and hate pigeons,” I will be happy. Class, the merge point is called the merge point because it is the POINT at which we are to MERGE. Not as soon as you become parallel to the highway. Instead, drive up a bit to the general vicinity of the merge point and merge.

If you’re already on the highway and a vehicle is in the merge lane approaching the merge point, you do not say to yourself, “How dare he not merge 100 feet before the merge point and instead attempt to merge at the merge point, allowing him to enter traffic in front of me? What “Inception”-level madness is this? I will not let him in. I am the PRIUS-DRIVING PARKWAY UNDERLORD, AND HE SHALL BEND TO MY WILL.” Merge and let merge is our motto for 2015.

3. Be it resolved, we will increase our “Buy Local” spending. I love Target so much that I wonder if I can just arrange that the company hand me a pumpkin-spice latte and automatically debit my bank account $105 as soon as I walk into the store. This would save us all some time at the checkout and Starbucks kiosk. I eat at Applebee’s and other national chain restaurants more than I care to admit. That’s fine. But let’s all resolve to shop local a bit more in 2015.

Maybe buy your mom a birthday gift at a local gift shop instead of the big-box store. Maybe eat at the little independent Indian place down the block instead of TGI Fridays. Hit up the local shops on Etsy before doing credit-card damage on Wayfair.com. A little collectively will go a long way to injecting more dollars into our local economy while supporting the livelihoods of enterprising ’Burghers. Buy the ’Burgh is our motto for 2015.

4. Be it resolved, we will stop being so defensive about our city. We are a risen city. Not rising. Risen. We aren’t clawing our way out of the economic muck anymore. We are vital and valid and worthy. I know it. You know it. The world collectively has learned it.

So we don’t need to take affront at every small criticism that comes our way, whether it be a jab at our accent, our style, our traffic, our teams or our people. We don’t have to start blindly throwing punches at every insult. We don’t have to jump to defend a city whose best defense is a gleaming skyline filled with good neighbors who are working hard every day to improve their lives and their already world-class city. Love it with french fries on top or leave it is our motto for 2015.

I could never leave Pittsburgh.

Not even if yinz never learn to merge.

This article appears in the January 2015 issue of Pittsburgh Magazine.
Categories: From the Magazine, Hot Reads, PittGirl