If Oxford can decide that “matchy-matchy” is now a real word then we Pittsburghers surely can come up with some words for some very specific Burghy circumstances, people and things. 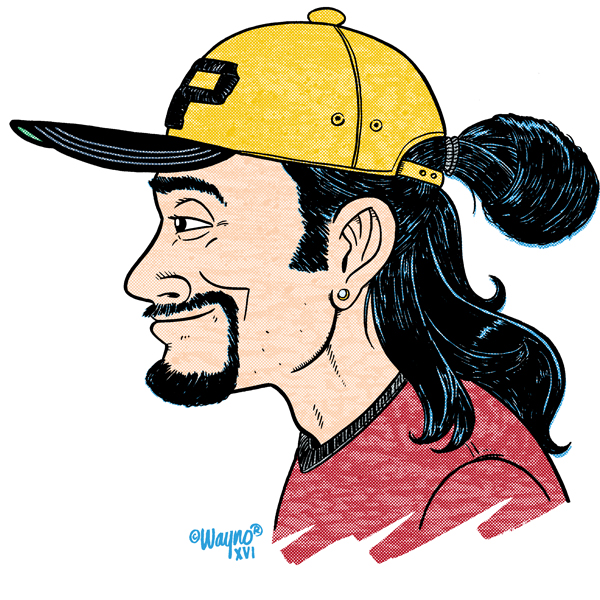 I’m not sure about where the folks at the Oxford English Dictionary get their authority as determiners of words. But each year they welcome new words into their lexical bosom — and each year anyone older than 35 is aghast at how devolved the English language becomes with those new entries.

Words added to Oxford’s tome in 2015 include scenarioist, which sounds like a made-up job title on Barney Stinson’s resume of half-truths; stanky, a word I’ve been using for about 20 years now; totes, twerking, meh, and my personal favorite … hot mess.

For extra credit, write a sentence using each of those words at least once, send it in a text to your mom or grandmother and see if her response is, “Are you having a stroke right now?”

I imagine the language-purists (also probably a fake Barney Stinson job title) fell out of their chairs when Oxford named an emoji as its “Word of the Year” for 2015. Not the word emoji, mind you, but an actual emoji. A picture of a little round yellow cry-laughing cartoon face. This guy: 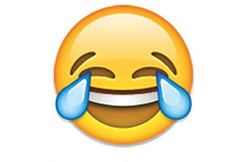 Basically, we’re converting to hieroglyphics. We don’t want to read anything you’re writing if you can’t get your exact point, voice and tenor across using a pool of 845 teeny tiny pictures — a third of which are completely incomprehensible. For instance, what even is this: ? 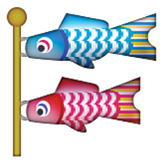 But it got me thinking, if Oxford can call a picture a word, or decide that “matchy-matchy” is now a real word and act as if that’s not the most ridiculous thing ever, then there are certainly some words we Pittsburghers need to invent. If Germany can have a word for the weight you gain when mourning (“kummerspeck” or, literally, “grief bacon”), then we Pittsburghers surely can come up with some words for some very specific Burghy circumstances, people and things.

We need a word for men who tuck their Steelers jerseys into their jeans. A word other than “husband.”

We need a word for sitting in a non-rush-hour traffic jam for an hour only to get to the end and find there is nothing there to rubberneck. “Ghostjam?”

We need a word for a group of construction workers standing in a circle silently peering down into a freshly dug hole in the road, none of them moving. Just … existing. Being. Looking.

We need a word for that feeling you get when you’re walking through Lawrenceville and don’t feel young, hip, hipster or flannelsexual enough.

We need a word for that face you make, paired with a vigorous shoulder scrunch, when your car bottoms out in a particularly vicious pothole.

We need a word for grid blockers, because “grid blockers” isn’t evocative enough to describe the pure hell grid blockers create with their grid-blocking. I’d like the word to have at least one syllable that is just a hiss.

We need a word for your friends who don’t like to make plans that involve crossing bridges or entering tunnels.

We need a word for the phenomenon in which the left lanes of the Squirrel Hill Tunnel inexplicably come to a complete stop during morning and afternoon rush hour — while the right lanes just mosey on by.

We need a word for that weird combination of mullet and man-bun that you will see only on the streets of Pittsburgh.

We need a word for the fear of the incline falling from the hillside while you’re riding it.

We need a word for traffic resulting solely from mild precipitation falling from the sky. “Fraidybrake?”

We need a word for the gloomy silence and general air of gravitas on the bus on the Monday morning after a Sunday-night Steelers loss.

We need a word for the late-February depression that settles on the city when it feels as if winter is just never, ever going to end. Or what about the weight you gain over that long winter? I guess we could steal “grief-bacon.”

We need a word for our panicky, pre-snowstorm habits of hoarding bread, milk and toilet paper.

We need a word for the fear that someone will come down the basement stairs while you’re using the Pittsburgh potty for emergency reasons.

We need a word for the immediate and reflexive quiet that falls over the vehicle when you shoot out of the Fort Pitt Tunnel. I like “emergishush.”

What do we call parking chairs that aren’t chairs? Or classy folks with a bit of yinzer still in them (“yinzeaux”)? Or fireworks that light up the sky on non-holiday evenings for mysterious, unclear reasons (“huhbooms”)? 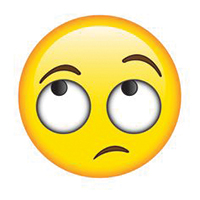 This article appears in the January 2016 issue of Pittsburgh Magazine.
Categories: From the Magazine, Hot Reads, PittGirl