PittGirl: Time to Let Go of the Past

She says we 'Burghers must recognize our resistance to change and realize that we need to give it a chance. 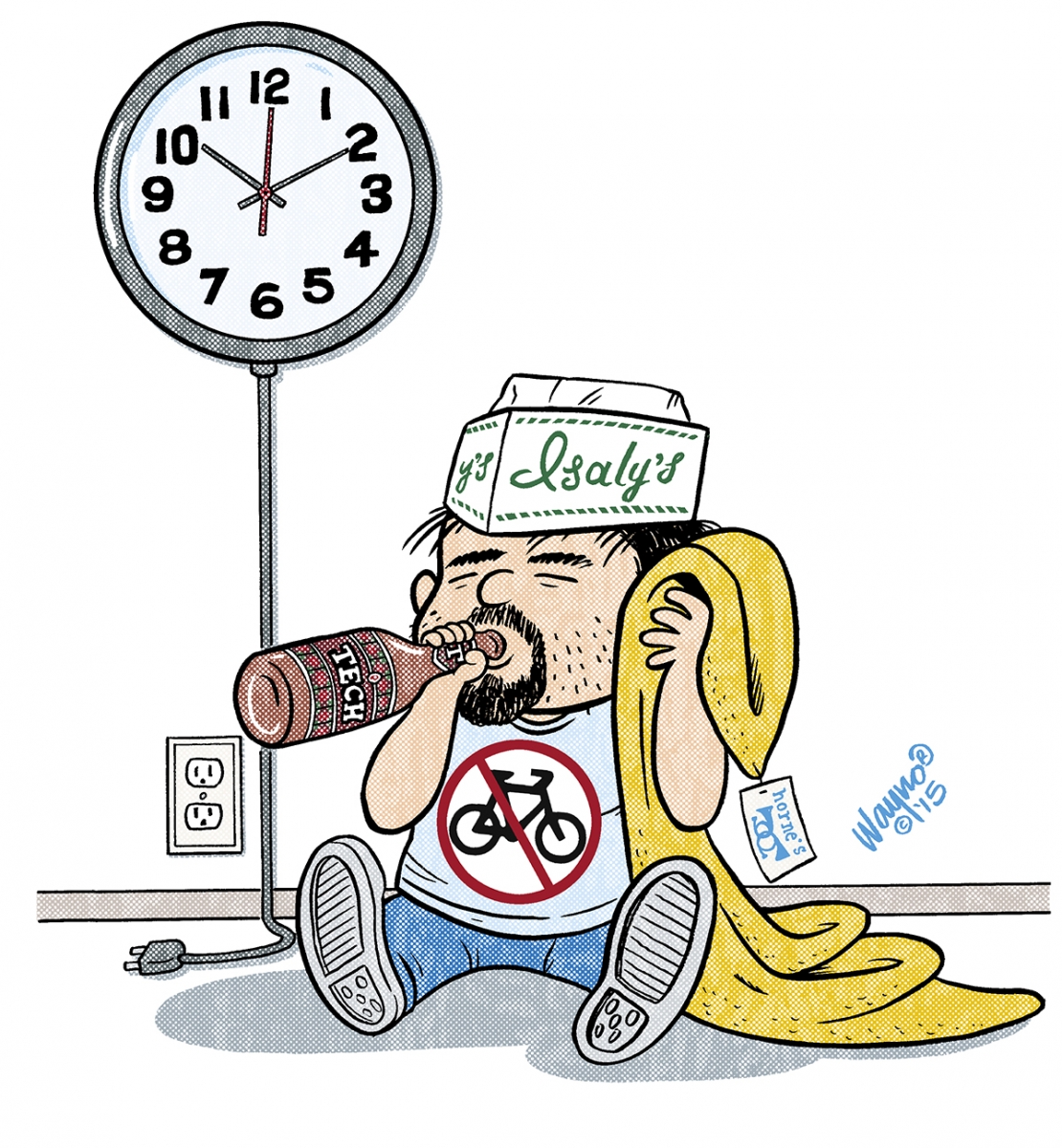 While trying to explain recently where a new restaurant would open, I said, “You know, the old Saks Building? Across from the old Lord & Taylor Building? Down from where that old McDonald’s was?”

Then I slapped my own face — because this emerged from the mouth of the girl who scolded a swath of ’Burghers for referring to the Roberto Clemente Bridge by its old name. (P.S. If you’re STILL calling it the Sixth Street Bridge, I will fling scalding pierogies at you while shouting, “Arriba!” until you stop.)

Like many Pittsburghers, I remember how things USED to be. I remember Kaufmann’s and the Syria Mosque. I remember local television-station promo jingles. (Joe said it woulllld.) I remember when the New Kids on the Block came to the Civic Arena, and Jordan ripped his shirt open. I don’t remember much of the concert after that because important thought-processing sections of my 15-year-old brain combusted in ecstasy.

Some of you remember Roberto. When your phone number started with a letter. Horne’s, the Union Bridge, Vic Cianca and soot-filled skies.  Like my mother, you also probably remember a trek to school that defied the sciences of physics, geomorphology and meteorology by sloping uphill both ways in 3 feet of snow . . . even in May.

We’re an old city with a soft spot for our past, and we tend to cling to it as we would a familiar blanket. We know what built Pittsburgh, and we don’t ever plan on turning our backs on it. Many ’Burghers detest change.

There’s a problem with that.

The new Pittsburgh no longer is holding the hand of its industrial past. It’s not standing beside it. It’s not carrying it, and it certainly isn’t walking behind it. It’s standing ON it. New Pittsburgh is using the old Pittsburgh as a support . . . a foundation that lets us build on sure ground. At some point, Pittsburgh realized the past isn’t a weight you carry that burdens you and slows your progress. The past is a building block, a steppingstone, a bridge. Pick a metaphor. Any metaphor. Except the one that says the past is a ball and chain. I’m not saying we should ignore our past or tear down old, beautiful buildings. I’m saying we should recognize our resistance to change and realize that we sometimes need to give it a chance.

When the city replaced a stretch of Penn Avenue with a bikes-only lane in September, I was a bit resistant, as were many people. We love our cars, even though 75 percent of us aren’t capable of driving them correctly in any form of precipitation. Sprinkling = brake. Sleet = brake. Rain = brake. Snow = brake + white knuckles + fervent prayers to dashboard Jesus.

We’re a driving city, thanks to a public-transportation system that, if I may say so in the Queen’s English . . . sucks. That we had one fewer option for maneuvering our cars through city streets didn’t sit well with many. That we lost that street to cyclists was worse. Damn hipsters. (Kidding. Don’t snail-mail me hate letters that you wrote on a vintage typewriter while smoking a pipe.)

Then this past fall, the city introduced a proposal for “dynamic pricing” at downtown meters with the goal of using technology to ensure there always was an empty spot on every block, reducing the need for us to drive around for 15 minutes hunting for a meter. Poop, meet fan. “Fluctuating pricing based on supply and demand? That’s the worst idea I ever heard!”

We should realize both ideas are right in line with what Pittsburgh is NOW — a tech-savvy city with a growing population of a younger demographic that embraces sustainability and a reduced carbon footprint while also valuing real-world applications of life-improving technology.

If the bike lane rarely is used, it will go away. If dynamic pricing results in a reduction in downtown patronage, it will go away. But perhaps the bike lane will encourage city living and biking to work . . . reducing cars, emissions and noise. Perhaps new parking technology will mean you’ll know as soon as you arrive downtown where the nearest empty meter is and how much it’s going to cost and then allow you to pay with your phone. And you’ll wonder how you ever survived circling the block and shoving quarters into a box, like some kind of hipster. (Seriously. Don’t write me. Go knit yourself a cape.)

We can’t expect our city to grow and become everything it holds promise to be if we keep trying to drag it back into the past. We need to let the past be the treasured past and let Pittsburgh go freely into her future.

She’ll take good care of us if we do.

This article appears in the February 2015 issue of Pittsburgh Magazine.
Categories: From the Magazine, Hot Reads, PittGirl