PittGirl: Things You Might Not Know About Mister Rogers

Thanks, Fred, for all of the smiles you put on my lips — because I could read yours. 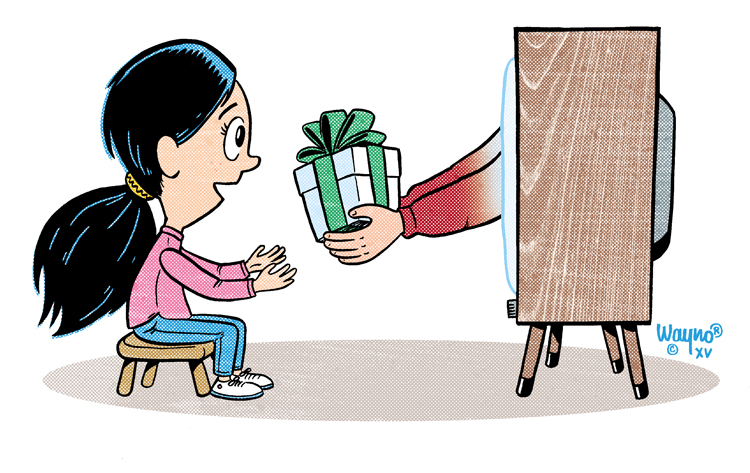 It wasn’t until this year, at the age of “40-ugh,” that I came to understand why I always have felt a connection with Fred Rogers. Why I loved his show as a child. Why his lessons have stuck with me. Why, as an introvert, I say to myself, “Be present for this person, as Mister Rogers always said to do,” when faced with human interaction.

Here’s why: As a severely hearing-impaired child, before the days of closed captioning, Fred Rogers was the only children’s television star whose lips I could read. His slow, deliberate way of speaking directly to the camera meant I could understand him.

When I realized this, I wondered what I might not know about Mister Rogers — so I sifted through 2,000 newspaper articles. Days of work, dozens of cups of coffee. And if we’re being honest (which Fred would want, because he said the best gift you can give a person is your honest self) nine cookies, a bottle of wine and two shots of Fireball.

Let me share with you, neighbor, what I learned.

Fred didn’t come up with his trademark philosophy, “I like you just the way you are.” That was said to him by his beloved grandfather, whom Fred affectionately called Ding-Dong. When his grandfather lay on his deathbed, Fred — who was working in television production in New York City at the time — promised his grandfather he would try to do something worthwhile with his career in media.

Fred’s mother knitted 12 sweaters a year; she gave them as Christmas gifts. You may have heard these are the sweaters Fred wore on the show; what you might not know is that she died before she could finish her final sweater for Fred. Unbeknownst to her son, she made arrangements for a friend to complete it. So on Christmas Day 1981, as he did on Christmases prior, 53-year-old Fred opened a box and found a sweater from his late mother. Are you also sobbing right now? Let’s hug.

Speaking of Christmas, Fred deliberately ran his 1973 Santa Claus-themed show in February, not December. “Santa Claus terrifies many children,” he explained to Utah’s Deseret News, “Because he’s presented as an omnipotent, all-knowing … deity.” Sure, some kids may have seen Lady Elaine Fairchilde as a soul-sucking, hell-eyed, goblin-demon, but she wasn’t sneaking into kids’ houses at night and eating their cookies. Fred assured children that Santa could never invade their “inner privacy.”

You might think Fred chose the red cardigan to donate to the Smithsonian because it was the most iconic of his collection. Not so! The cameras used at WQED at the time were so old they no longer could recognize the color red, so that’s the sweater that went. (Your donations matter!)

For a time, some folks on Beechwood Boulevard had the best neighbors ever: Fred lived three houses away from Willie Stargell.

In 1984, Burger King ran a commercial featuring a Mister Rogers parody, Mister Rodney. Rather than hire a team of lawyers, Fred placed a phone call to an executive at the food chain and simply asked that the commercial be pulled. The company complied, stating, “Mr. Rogers is one guy you don’t want to mess with…”

Fred wasn’t perfect. In 1984, he admitted to a secret vice … prune whip. I Googled it. That is an actual “dessert.” Never before have quotation marks been so necessary.

Fred wrote a dozen children’s operas; the best-named was definitely “The Snow People and the Warm Pussycat,” which sounds like a kinder, tamer version of “Game of Thrones.” This should not be confused with the best-named SONG he wrote, “Mimus Polyglottos is My Pet Walking Mocking Mimus.”

Fred was the godfather of John and Teresa Heinz’s youngest son, Christopher.

In the late ’50s, Fred had lunch with Salvador Dali. During the meal, the painter kept removing his thick glasses to squirt a drop of liquid in the corner of each lens, inside of which Fred noticed two black dots. Dali explained to Fred that the dots were live ants housed between the lenses, and the drops were glucose he was feeding them. Why? Because he liked watching them “enjoy themselves.” After learning this, I’m honestly surprised Fred never wrote an episode entitled, “It’s OK to be a little weird, but don’t be SUPER weird.”

Fred enjoyed rock-star status with his fans. When he announced an appearance in the ’60s in Boston, 6,000 tickets sold so quickly that thousands of children had to be turned away the day of the event. Poor kiddos. They probably were sad, but as Fred would say, “Mimus Polyglottos is my pet walking mocking mimus.” You can’t not smile at that. Thanks, Fred, for all of the smiles you put on my lips — because I could read yours.

This article appears in the December 2015 issue of Pittsburgh Magazine.
Categories: From the Magazine, Hot Reads, PittGirl