Dreams evolve — fade, even. But in Pittsburgh, with time and nurturing, they don’t have to die. 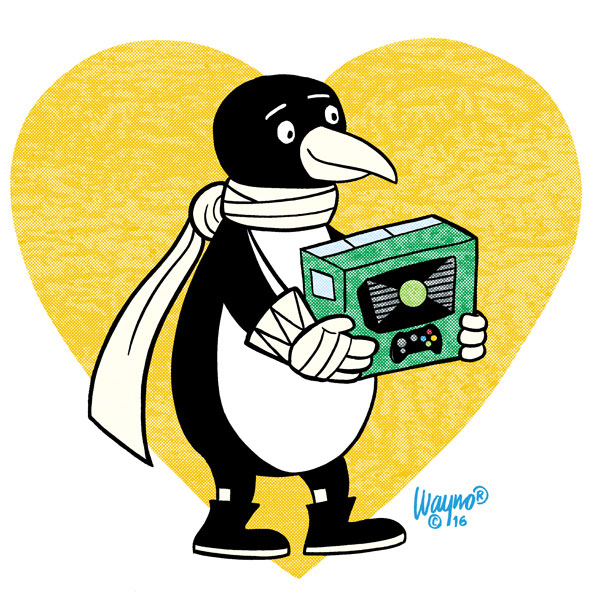 I was seventeen, and I had never been kissed.

It was 1992, and I was a three on the high-school popularity scale — where a zero is that kid who messed up the grading curve and a 10 is Kelly Johnson. (Your school had a Kelly Johnson, too. She just had a different name.) I curled my bangs before Aqua Netting them into a fortress that could withstand a Death Star blast. I hiked my jeans up past my bellybutton, then pegged them at my ankles.

Because the fashion style of 1992 was “CHECK OUT HOW STUPID WE ALL LOOK, ESPECIALLY YOU, VIRGINIA.”

Not to be confused with the fashion style of the ’80s, which was “[HORRIFIED FACIAL EXPRESSION].”

I was the recording secretary of Norwin High School’s Students Against Driving Drunk. Even the treasurer of the Bible Club could tell you I had the dorkiest of all positions one could attain within a student organization.

Yes, they put the mostly deaf girl in charge of taking notes during S.A.D.D. meetings.

One initiative of S.A.D.D. was the Prom Promise, which asked students to visit our lunchroom table and sign a contract stating they would not drink and drive after prom. Isn’t that adorable? We were committed to saving our peers’ lives. Even that supernerd who kept messing up the grading curve.

I had big dreams then, as I do now. Instead of dreaming of publishing a novel or learning to fold a fitted sheet, I dreamed of space travel. I dreamed of piloting an F-15. I dreamed of marrying the pastor’s son, who didn’t yet see beauty in a 17-year-old, faintly mustachioed, hearing-impaired, four-eyed space geek with the fashion sense of a Golden Girl (not Blanche).

And I dreamed a Pittsburgh Penguins player would help us to make the Prom Promise cool. So I wrote a letter and placed it in an envelope with a stamp. (It was a thing we did in 1992, when we were feral animals living in a dark world.)

I asked the Penguins if they would send a player to our school for an assembly in May at which we would tell our classmates about the contract. Maybe our peers could ignore the dorks running S.A.D.D., but could they ignore Mario or Jaromir?

Weeks passed. I worriedly stroked my mustache each day as no reply arrived. Finally, a week before the assembly, a letter arrived from the Penguins. I tore into it, full of excitement … to read the bad news. Due to the Penguins’ success and playoff schedule, they regretfully informed me they couldn’t send a player.

Damn them and their winning ways, I sacrilegiously thought as my dream of standing on stage and shaking Mario Lemieux’s hand died faster than the flavor in my Fruit Stripe gum.
Flash forward 17 years to 2009. My mustache is gone. My fashion sense has improved from Rose Nylund to Lorelai Gilmore. I’m a blogger with a dream: to bring video games to Children’s Hospital of Pittsburgh of UPMC. I’m about to raise $10,000 to do it, and I need a nonprofit organization to handle the money.

I fire off an email to the Mario Lemieux Foundation asking if it could help. And I wait, as I did 17 years ago. Except this time I wait 20 minutes. For a yes.

That email started a seven-year partnership with the Mario Lemieux Foundation on a program called Make Room for Kids which, in conjunction with Microsoft, has installed more than 200 Xboxes in patient rooms at Children’s Hospital.

I never went to space, flew that jet or married that boy. But I finally shook Mario’s hand. I made a difference in the lives of others, just like I wanted to do at 17 … and a Penguins player helped, just as I dreamed.

I learned a lesson: Pittsburgh, the little-big city, is small enough — and people care enough and stick around enough — that perseverance pays off. Dreams don’t become dwarfed and lost in a massive swarm of chaos. Mario shakes your nervous, sweaty hand; Kelly Johnson teaches your niece’s kindergarten class, and you realize she always was a kind soul; you don’t pilot the F-15 but you’re invited to fly with the 171st Air Refueling Wing and they let you sit in the cockpit during landing.

Dreams evolve — fade, even. But in Pittsburgh, with time and nurturing, they don’t have to die.

Except that fitted-sheet dream. I officially give up.

This article appears in the May 2016 issue of Pittsburgh Magazine.
Categories: From the Magazine, Hot Reads, PittGirl