PittGirl: How You Should Grade A Squishy Tongue

Kennywood Park opens soon and new this season is the return of the famed whale at the entrance of Noah’s Ark. In the name of science, PittGirl paid an early visit to test the squishiness quotient of the whale's all-important tongue. 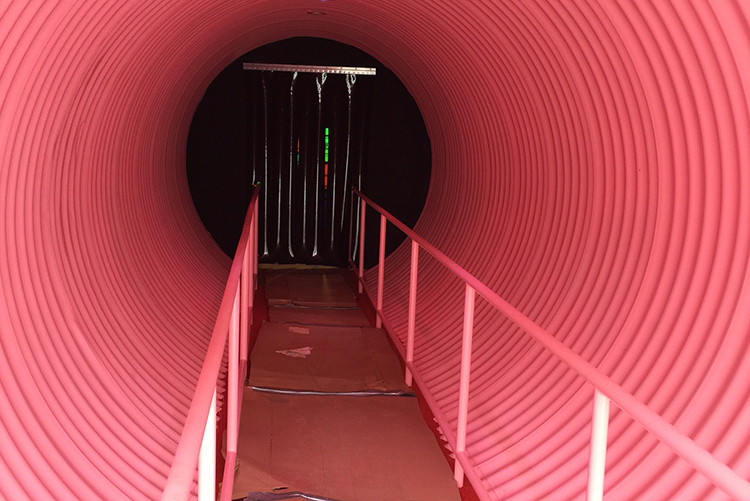 Ah, the feats of modern engineering.

How do you create an artificial island that doesn’t just sink back into the sea?

How do you build a skyscraper 2,700-feet tall that doesn’t implode with the smallest registration on the Richter Scale?

How do you diaper a concrete-pooping bridge?

How do you build a squishy walkable tongue for an amusement park’s concrete whale that doesn’t get completely destroyed and need to be replaced six times a summer?

That last one was the challenge set to the crew charged with rebuilding the famed whale at the entrance of Kennywood’s Noah’s Ark this off-season.

In bringing back the whale, Kennywood knew it was the squishy tongue that really held all the nostalgia for old timey park-goers like me. The tongue of our youth (there’s a phrase I never thought I’d write), was made of a pink fabric stuffed with some kind of foam. Therefore, it was destroyed regularly by all the feet stomping on it. Designing a squishy tongue that would withstand the summer was the goal.

I wrote a 750-word column on the squishy tongue, so as the whale neared completion, I was sure to visit the park to check on the new tongue’s squishy factor on a scale of 1 to Fresh Marshmallow Peeps.

Yesterday I stopped by to visit Kennywood’s Nick Paradise (Almost paradise/We’re knocking on heaven’s door … Where my Guiding Light peeps at?). We headed straight for Noah’s Ark where crews were putting final touches to the attraction and the entire park in preparation for Opening Day on Saturday, May 7.

Standing in the blue whale’s gaping mouth now complete with a long reddish tongue, I began my scientific squishiness evaluation. My methods, as will be outlined in my forthcoming submission entitled “The Magnitude of the Marshmallow Peepification of Kennywood’s Noah’s Ark Reborn Whale Tongue” to some super sciency journal, were as follows:

Here I am doing science: 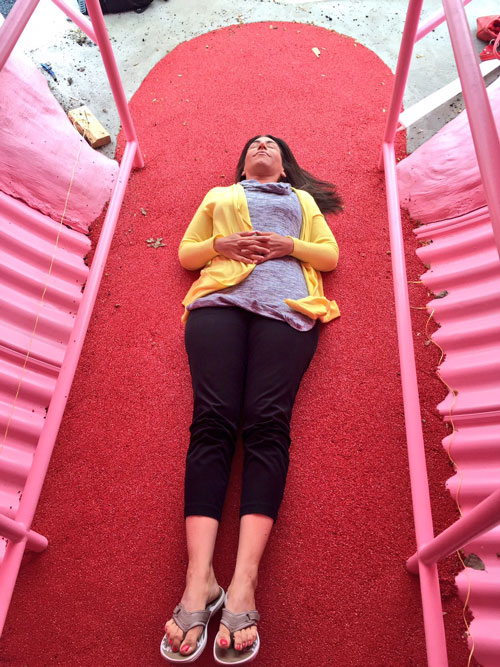 My final conclusion after much data-gathering?

This new material, which has an underlayment of chopped up rubber, will both withstand a summer’s worth of park-goers’ steps and will feel squishy under your feet as you are swallowed into the haunt.

Is it as squishy as the tongue of goo-encrusted pink fabric covering pop-soaked foam of our youth? No. Is it different? Yes. Is different always worse? No.

You’ll have to make your own squishiness determinations this summer when you visit the whale yourself.

Bring a calculator and do science, but by my math, which I’m good at …

Looking forward to all the honorary sciencemath doctoral degree invitations coming my way.

This article appears in the April 2016 issue of PittGirl.
Categories: PittGirl