PittGirl Believes She is Totally Right about the Pittsburgh Left

In this case, as in most others, it's better to give than take. 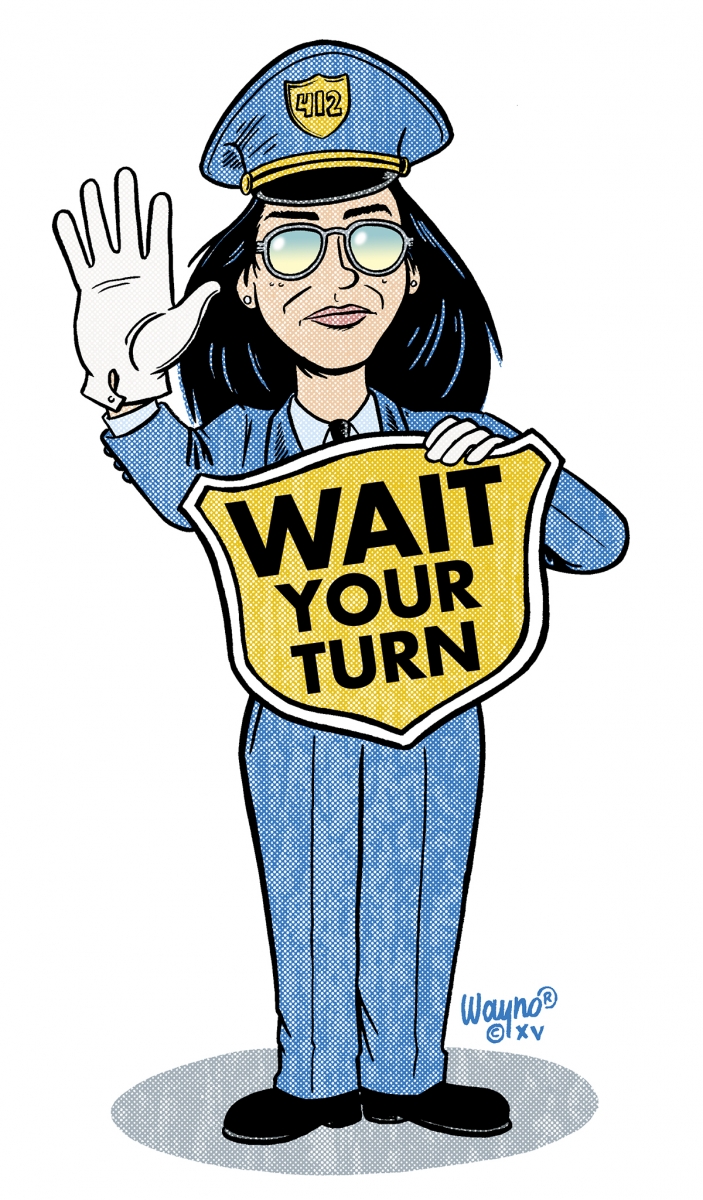 Recently, a Redditor with the ironic handle Pgh_is_cool asked, “What is your least-favorite thing about living in Pittsburgh?” His or her query was rewarded with approximately 600 responses from other Redditors complaining about everything from the dearth of reliable public transportation (amen!) to “people here are not nice.”

I’m sorry, but if you think Pittsburghers are not friendly, I’m going to have to assume you’re Tom Brady.

There were complaints about the lack of turn-signal use (testify!), residents’ distaste for crossing rivers to dine or attend functions (witness!) and the cornucopia of drunken suck that is Carson Street on a weekend night (preach!).

Pedestrians being forced to risk their lives while using a crosswalk.

The Squirrel Hill Tunnel. (I swear that wasn’t me.)

“Unjustified pride.” “Low self-esteem.” (Which is it?)

“Total lack of any solid music scene.” (Pittsburgh’s music scene is fantastic. This is insane. I feel as if I’m taking crazy pills.)

It since has been deleted, but I was even mentioned: “PittGirl. Ugh.” (I’ll bet that was Luke Ravenstahl.)

On and on it went. Complaint after complaint. That IS what Pgh_is_cool asked for; the responders simply were complying with the request.

I’m certainly not (much of a) Pollyanna when it comes to Pittsburgh. I see its faults; I love it in spite of them, and I try to support the people in the city who are working to improve it. So this isn’t a column about these complaints being unjustified — because many of them are (except the dig at me; I’m a delight), and it’s not a column I’ll close with snark such as, “Don’t let the incline hit you on your way out, whiners.”

Instead, let’s talk about one thing in particular that appeared a few times in the comments: the Pittsburgh Left. [Wilhelm scream]

I’m not so deep into the crazy pills that I’m going to tell you we need to outlaw the Pittsburgh Left. Besides, it’s not a legal maneuver as it is. It’s like Parking Chair Law. Doesn’t exist. It’s not on the PennDOT driver’s license test. It simply is this: turning left at a stoplight in front of oncoming traffic. We just put an innocuous-sounding name to it and made it a Thing.

I’ve been given the Pittsburgh Left … and I’ve given it many times.

Because my husband had done all of his driving in Mexico before moving here, he assumed the Pittsburgh Left was the American Left. So when we would drive in other cities, he would say things including, “Why won’t that guy turn already? I’ve waved him on and flashed my lights.”

And the other drivers probably were saying, “What is this guy trying to tell me? Are my high-beams on? Is my car on fire? A hawk on my roof? What?!”
Once in North Carolina when we were stopped at a light waiting for the left-turn signal to go green, my husband actually said, “They don’t need a left-turn signal here. Why don’t they just let people make the left against the moving traffic?”

And that’s when I realized he didn’t know the Pittsburgh Left lives in Pittsburgh, where it probably never uses its turn signal.

Unless it starts being enforced, the Pittsburgh Left isn’t going away. You can have it and our parking chairs when you pry them from our cold, dead Terrible Towel-twirling hands.

But as one Redditor pointed out, the Pittsburgh Left “used to be something you were given … Somewhere along the line it became some kind of taken-for-granted right.”

What does that mean? It means when the light turns green, if you have not been waved on or otherwise signaled by the right-of-way driver that you may proceed with your left turn first, you should not dart in front of the oncoming traffic like a suicidal deer.

[Suddenly, everyone in Mt. Lebanon perks up: “Did she say ‘deer?’”]

When we start TAKING the Pittsburgh Left instead of ACCEPTING it when given, bad things happen. Accidents. Anger. Squealing brakes. Middle fingers. Insurance deductibles. Starting quarterbacks on motorcycles admitted to UPMC Mercy while fans with questionable grips on reality set up grills in the parking lot, tailgating as if it’s the Steelers’ season opener.

Give the Pittsburgh Left if you like, accept it if given … but never, ever just TAKE it.

Pittsburgh has lots of things wrong with it. Other than the weather, those things can be fixed … such as bringing some courtesy back to the Pittsburgh Left.

If you don’t agree, don’t let the Gateway Clipper hit you in the butt on your way out.

This article appears in the June 2015 issue of Pittsburgh Magazine.
Categories: From the Magazine, Hot Reads, PittGirl