After an extended hiatus, the storied rivalry between the Pitt Panthers and Penn State Nittany Lions returns in September to Heinz Field. 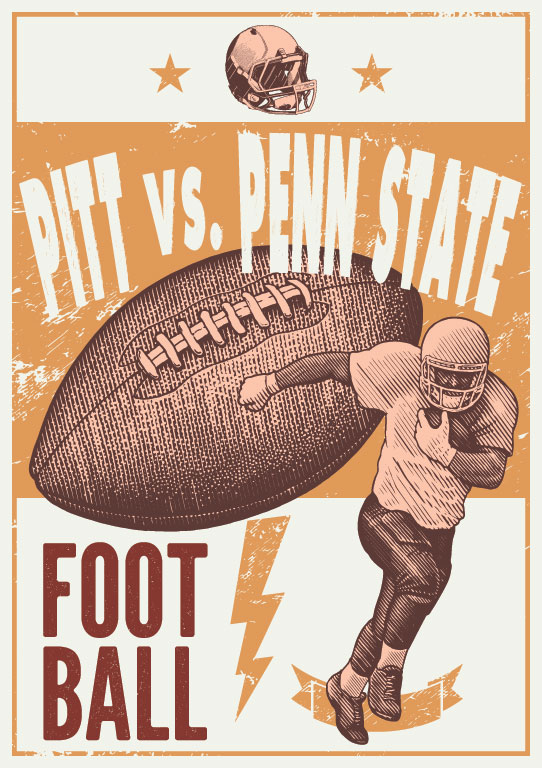 On a snowy night in his first winter as mayor of Pittsburgh, Bill Peduto headed for his office door. With several inches of snow already carpeting Pittsburgh streets, he’d spend the next few hours checking in with Public Works crews and appearing on local news to keep the city updated.

Peduto grabbed his coat and a favorite hat from his alma mater, preparing for the cold on the other side of the door. What he didn’t expect was the chilly response waiting for him after he stepped in front of the cameras.

“I got so much — not ribbing, but anger, from Pitt fans on Twitter,” Peduto recalls. “[They asked,] I’m not the mayor of State College, PA — why should I be wearing a Penn State hat?”

To be fair, the 2007 PSU graduate (who also holds a master’s degree from Pitt) probably should have known better than to engage in such wardrobe malfeasance. Penn State and Pitt represent Pittsburgh’s two largest alumni bases, and the feud between the schools has deep roots. Some stem from incidental factors such as academics and proximity, but most trace back to the gridiron.

The Panthers and Nittany Lions squared off in every year but three from 1900 to 1992. There was a time when the rivalry was considered among the fiercest on the Eastern seaboard. Peduto witnessed its heyday as a teenager, when both teams captured national championships and yearly matchups featuring the likes of Dan Marino, Jack Ham and Franco Harris carried nationwide implications.

There’s nothing on the line other than bragging rights for a year against a group of people you genuinely dislike. What’s not to love about that?”

Scheduling became more difficult when Penn State joined the Big Ten in 1993; the turn of the century brought the end of the yearly matchups. The last of those games, on Sept. 16, 2000, ended in a 12-0 Pitt win at Three Rivers Stadium — with fans from both schools laying blame for the cessation of competition at the other institution’s feet.

The resulting 16-year recess meant dark days for die-hard fans such as Kathy Kasperik, a Derry, Pa. native who grew up in the rivalry’s no-man’s land between Pittsburgh and State College. Her father was a pharmacist and family friend of members of the Paterno family in Latrobe; by the time she was 8, she knew she wanted to go to Penn State. A few decades later, she now works in cardiology at UPMC and is the president of the Pittsburgh chapter of the Penn State Alumni Association.

“I was surprised. I was disappointed,” Kasperik remembers of the rivalry’s end. “I think if we had kept it up … it would’ve been a lot more interesting along the way.”

If the 16 years since the last contest have been a struggle for fans, they’ve been even harder on the football programs. Between them, the programs have employed 11 head coaches over the last six seasons; during that time, neither has cracked the AP Top 10.

The loss of the series has left a vacuum of charged matchups in the region. Penn State has tried to embrace the void, making “Unrivaled” a program tagline. Pitt fans, meanwhile, have no delusions about where their animosity has gone. Chris Peak, a 2001 Pitt grad who runs the rabid fan forum Panther Lair, conducted a fan poll that found upwards of 85 percent of Panther fans still rate the team from State College as their most hated rival.

“And I always kind of laugh,” Peak adds. “For [supposedly] not caring about Pitt, I sure hear a lot from Penn State fans anytime something unfortunate happens at Pitt.”

The Cold War between those fanbases will resume Sept. 10 at Heinz Field — just a long field goal from where it left off. Supporters on both sides have been buzzing since the game was announced, and the contest will draw a rare home sellout for Pitt.

Those who have been waiting since the Clinton presidency for another edition of Pitt-Penn State have made sure they’ll be among the crowd. Kasperik’s father died during the rivalry’s hiatus, but she’ll be representing PSU with her mother and a gaggle of family and friends behind the Penn State sideline. Chris Peak will be in the press box to witness his first Pitt-Penn State game — the former English Lit major never attended one as an undergrad. And Mayor Peduto will be sitting with a group of his old Pi Kappa Alpha fraternity brothers, cheering on the Nittany Lions. This time, though, he’s learned his lesson: The Penn State gear will stay in the closet, and he’ll wear his heart on a neutral-colored sleeve.

For local fans of the two schools, the resumption of the rivalry means the return of an opportunity — for a win that counts like any other but might mean something more.

“They’re two teams that are fighting for 7, 8, 9 wins this season, and it’s not going to impact either team’s chances in their own conferences,” Peak says. “That’s kind of the beauty of it. There’s nothing on the line other than bragging rights for a year against a group of people you genuinely dislike. What’s not to love about that?”

This article appears in the September 2016 issue of Pittsburgh Magazine.
Categories: Sports