Plus, WVU develops an app for first responders and CMU's Miller Gallery gets intimate with science.

PITT RESEARCHERS FORMULATE MORE EFFICIENT FLU SHOT MODEL
Despite a relatively mild season, the recent snowfall was a chilling (literally) reminder that it is, in fact, winter. While the year's coldest season comes with all kinds of benefits, such as the plethora of holiday cheer, it also has its downfalls. Thankfully, University of Pittsburgh researchers are hoping to lessen the impact of one of winter's biggest headaches: the flu.

A team of researchers from Pitt's Swanson School of Engineering and the university's Department of Health Policy and Management has concocted a new model for administering flu shots, which would more effectively prevent influenza.

The new model examines a number of factors, such as how many strains to include in the shot, when to make the final decision, how many times the FDA should meet to re-examine the information concerning strains in other parts of the world as well as several other variables.

Although there hasn't been any word on if or when the new model could be adopted, researchers say that a more efficient and appropriate flu shot would save Americans millions of dollars, while also preventing complications associated with influenza. 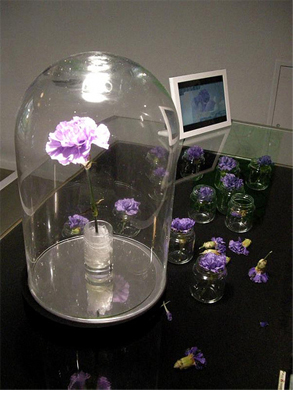 Have you ever wondered what happens when science, art and technology collide? If you visit CMU's Miller Gallery between Jan. 21 and March 4, you'll find out. "Intimate Science," which features artists who operate outside of a single discipline, will highlight the increased blurring of the line between art and science.

The installations will explore how modern forms of communication and the increased amount of easily accessible information have allowed contemporary artists to network, learn and adapt new skills in their artistic endeavors.

The seven-week exhibit will feature pieces like Georg Tremmel and Shiho Fukuhara's "Common Flowers/Flower Commons," which makes use of genetically engineered carnations. And Pittsburgh's own Center for PostNatural History, which highlights various organisms manipulated via selective breeding and genetic engineering, will also be a part of the exhibit.

In addition to the exhibits, the gallery will host several events, including the "Mind-Reading for the Left and Right Brain" workshop on Jan. 21.

While the last item on that list may not be entirely accurate, it's not all that far off either, thanks to West Virginia University's National Alternative Fuels Training Consortium. The consortium—which works to develop, manage and promote programs to help lessen dependence on foreign oil—has developed a suite of technology products aimed at aiding first responders in accidents that involve electric-drive and alternative-fuel vehicles.

Highlighting the suite are a variety of training programs as well as (you guessed it) a smartphone app. The app, called QRG (for Quick Reference Guide), provides first responders with vital information about electric-drive and alternative-fuel vehicles, including identification mechanisms, disconnect procedures and variety of other information.

Right now, iPhone and iPad users can download QRG for free—and it will be available on Android platforms soon.