Of all that conspired to derail the Pirates after three consecutive trips to the playoffs, the unanticipated implosions of Gerrit Cole and Francisco Liriano proved, in retrospect, to be more of a deal-breaker than anything else.

It ended in an appropriate fashion, with another loss to the Cubs, with a little bottom-of-the-ninth push-back that wasn't quite enough.

At least no video circulated of Sean Rodriguez pummeling a Gatorade cooler this time.

If you missed all that transpired from April 3 through Monday night’s 12-2 loss to Chicago, Tuesday night’s subsequent 6-4, fate-securing setback was sufficient in terms of catching you up on the 2016 Pirates.

Not enough success at the plate with runners in scoring position.

All of that, coupled with San Francisco’s 12-3 victory over Colorado a couple of hours later, officially eliminated the Bucs from postseason competition.

The established protocol under manager Clint Hurdle in such situations is to shower it off and go get ’em tomorrow (or, in this specific instance, next season).

That’ll take some scrubbing, but it’s nothing that can’t get done eventually.

It didn’t this season mostly because of the pitching in general and the starting pitching in particular.

Of all that conspired to derail the Pirates after three consecutive trips to the playoffs, the unanticipated implosions of Gerrit Cole and Francisco Liriano proved, in retrospect, to be more of a deal-breaker than anything else.

You can shower off losses all you want; it’s tough to overcome sub.-.500, shortened seasons from your top two starters.

The annual shuffling of personnel from one season to the next didn’t work out as anticipated, either, not that it was a total disaster (Jon Niese was, but David Freese wasn’t).

The Pirates had also used a franchise-record 55 players through game No. 157, which means too many of them were either too often injured or too often ineffective or both.

But it still comes down to the mound.

Given the Pirates’ self-imposed payroll limitations, solving that won’t be as easy as writing a couple of checks at the winter meetings.

Given the Pirates’ self-imposed payroll limitations, they’ll have to do it the hard way again heading into 2017. 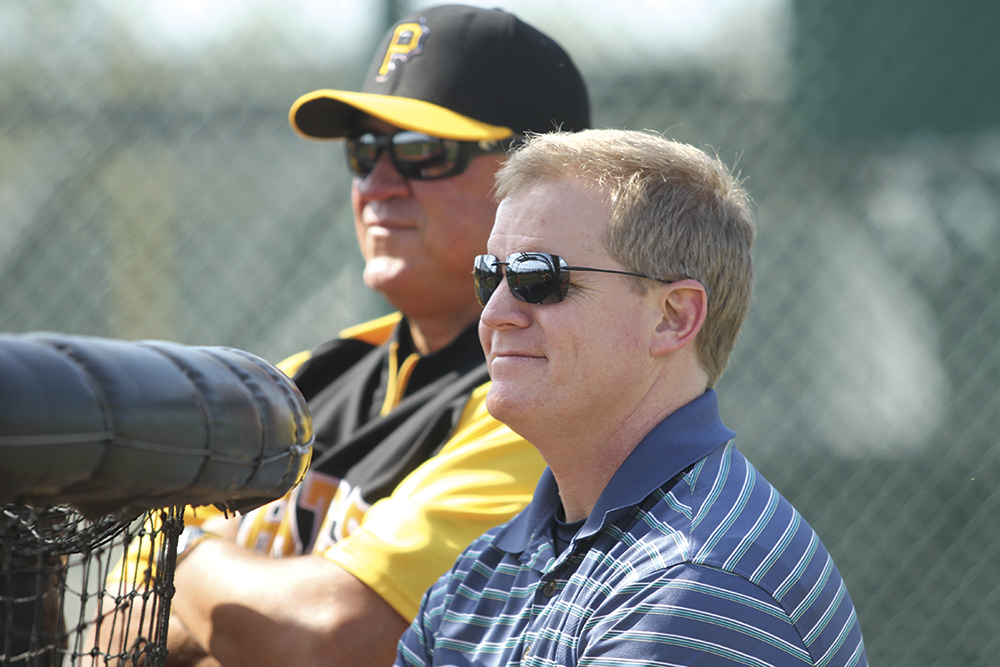 At least in Hurdle and in General Manager Neal Huntington, they have a couple of guys who have been there and done that.

As recently as the 2015 season, the Pirates did it to the tune of winning 98 games.

That team wasn’t able to make it past Jake Arrieta in the National League Wild Card Game, but it was still the best team in Major League Baseball’s regular season not named the St. Louis Cardinals.

And if you can be that, anything can happen.

The Pirates have a significant core in place with which to resume contending, players that are either ready to assume prominent roles as contributors (Josh Bell), players that are progressing toward topping out as perennial All-Stars (Starling Marte, Gregory Polanco), and players who can be expected to have better seasons if they can either stay healthier or bounce back from uncharacteristic struggles next season (Jung Ho Kang, Francisco Cervelli, Andrew McCutchen).

That wasn’t a window that slammed shut on Tuesday night, it was a door.

The key to unlocking it again remains the starting rotation.

That makes Hurdle and Huntington’s starting point in building for the 2017 season as obvious as the 2016 season was flawed.