The Pirates are miles away from a return to their former glory at shortstop, but at least they're trying. 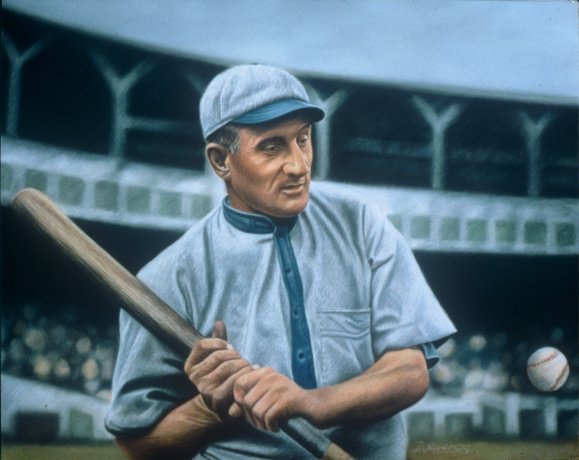 If you open The New Bill James Historical Abstract, and turn to the chapter on shortstops, you’ll find that the Godfather of baseball statistics has two Pirates rated as the best shortstops in the history of the game.

James’ second-ranked shortstop of all-time is Arky Vaughan. Vaughan is one of the great forgotten Pittsburgh Pirates. His career started in 1932 and the Pirates traded him to Brooklyn in 1941. The club didn’t win a World Series in that span, but they also weren’t terrible. Most of the players from that era were forgettable. Except for Vaughan, that is. As a 23-year old in 1935, he hit .385 and had a .491 OBP. He actually lead the National League in OBP from 1934-1936. In his ten years as a Pirate, he got on base at a .415 clip and complimented his slugging with good defense at short.

James’ book was written in 2001, and it’s possible that Wagner and Vaughan won’t be ranked 1-2 in the next edition (James himself admits that Vaughan is a non-traditional choice at no. 2 and Alex Rodriguez would almost certainly be up for consideration, but only if you consider him a shortstop; he’ll almost certainly end his career with more games at third base than at short), but the point remains; the Pirates have one of the proudest shortstop traditions in the history of baseball.

In the past 18 years, though, things haven’t been so great. Jay Bell stuck with the club as the primary shortstop through 1996, but after he was traded to the Kansas City Royals the shortstop position has been manned by Kevin Elster, Kevin Polcovich, Shawon Dunston, Lou Collier, Abraham Nunez, Mike Benjamin, Pat Meares, Enrique Wilson, Jack Wilson, Brian Bixler, Ronny Cedeno, Bobby Crosby and now Brandon Wood.

That’s hardly an inspiring group of players, and so we find ourselves in a position where the Pirates have claimed Wood, a former-first round pick with a career on-base-plus-slugging percentage lower than the career slugging percentage that Wagner put up in the Dead Ball Era. Still, fans have talked themselves into being semi-excited about the move. After all, how can anyone be worse than Ronny Cedeno?

Really, though, Wood is just another player in the Andy LaRoche/Lastings Milledge/Jeff Clement mold, though he’s probably a longer shot to have a successful big league career than of those three were when they joined the Pirates. He put up some fantastic minor league numbers with the Angles (43 homers in 2005, 23 in 2006, 25 in 2007, and 31 in 2008 as he journeyed from A-ball up through Triple-A) in some very hitter-friendly environments, but he really struggled at the plate in the major league.

How bad of a hitter was Wood in Los Angeles? Put it this way; in four games with the Pirates, Wood has drawn two walks. That’s just four shy of his career high for any season. He walked six times in 243 plate appearances last year and only 13 times total in 494 plate appearances with the Angels. By comparison, he struck out 154 times in the same span. The Pirates’ hope is that regular playing time will help Wood out of his funk, but it’s hard to see how he’s going to overcome what seems to a huge issue with pitch recognition.

And yet, it’s hard to fault the Pirates for trying. Cedeno obviously isn’t a long-term answer at short and the club isn’t stacked with shortstop prospects in the minors, either. Chase D’Arnaud, currently in Triple-A, has shown bright spots in his minor league career but struggled with the bat in Double-A Altoona last year. Behind him is Brock Holt, currently in Altoona, who has hit well but thanks to a knee injury last year hasn’t even hit 600 career minor league plate appearances yet. Both are far from sure things, so it’s easy to see why the Pirates keep throwing things at the wall.

Of course, Wood is far from a sure thing himself; if he can’t find his swing, his poor plate discipline and defense could actually make him a worse player than Cedeno. After picking up Wood, I joked that the Pirates had become baseball’s version of the Island of Misfit Toys. It’s frustrating to see that they’re still at that point, but at the same time, they won’t fill the hole at shortstop by sitting on their hands, either.