Pirates have a Major Hurdle to Overcome

Clint Hurdle's successor better be a lot like the guy he's replacing in terms of refusing to give in to ownership’s self-imposed shortcomings. 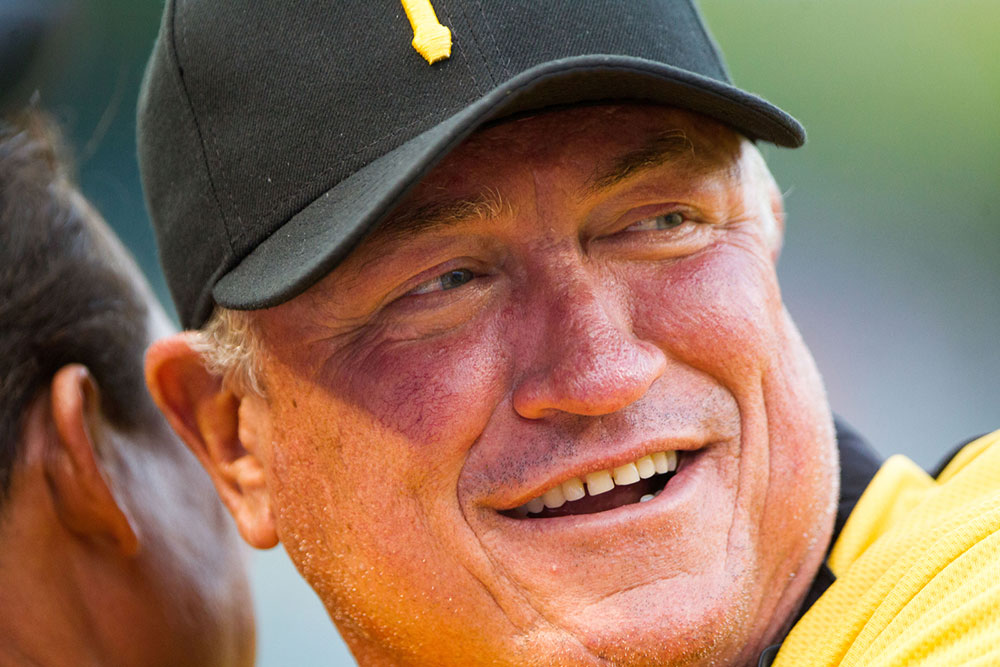 Clint Hurdle was special, until he wound up presiding over a train wreck.

So Hurdle had to go.

But now the Pirates have to uncover the next Clint Hurdle.

That guy might be out there somewhere, but good luck finding him.

And even if the Pirates stumble upon him, would he want the job?

Hurdle did for some reason way back when; I can’t remember why.

But I still haven’t forgotten sitting in the visiting manager’s office in Citizens Bank Park in Philadelphia just before the Pirates concluded the 2011 exhibition schedule. The occasion was a one-on-one interview with the new manager conducted more out of obligation than genuine interest. The initial response to listening to Hurdle droning on about how his administration could and would be different– half paying attention, actually – was the suspicion that Hurdle, much like his recent predecessors, would not be long for the job.

But then he got to the part about how his mission was to re-bond the town with its team.

And by the time I left what was supposed to be a five-minute sit-down some 15 or 20 minutes later, I was a believer.

Hurdle at his best had that effect on people.

His players eventually came around, as well. And by 2013, the Pirates had overcome two decades of ineptitude and their own self-imposed salary restrictions and had made it back to the postseason.

The year they won 98 games (2015) they might have also won the World Series – with the No. 23 payroll in Major League Baseball – if only they had survived the N.L. Wild Card Game.

Seems like two decades ago coming off this season’s 69-93 disaster and all the accompanying baggage.

And the Pirates became the Bad News Bucs again.

Just as they’d been back in 2010, coming off of a 57-105 nightmare that precipitated the managerial switch from John Russell to Hurdle.

The job isn’t any more desirable this time; it might even be less attractive.

The payroll is still embarrassingly low.

The organization’s inability to draft and develop talent is another profound negative.

And the general manager is now most recognizable, not by finding bargains in trades or free agency or players worth rehabilitating as he once was, but for signing players who never play for the Pirates, for trading for profound disappointments, and for trading away players who end up thriving once they become ex-Buccos.

The new guy will apparently be stuck with him, and most assuredly with Bob Nutting.

It’s going to be extremely difficult to shower all of that off, no matter how hard the new manager  scrubs.

So they’re going to need another lightning strike of positivity and resourcefulness and dreaming the impossible dream.

Hurdle showed up initially after having guided the Rockies to the N.L. pennant as recently as 2007.

He also arrived having losing records to show for his work in seven of his eight seasons in Colorado.

Not much was expected, then, either.

But for three-year period, at least, magic occurred on the North Shore.

The Pirates mostly have Hurdle to thank for that.

Even if he leaves behind a job that’s best described as thankless.