Gloria Stoll Karn is one of the only women to illustrate and create covers for the pulp magazines of the 1940s. 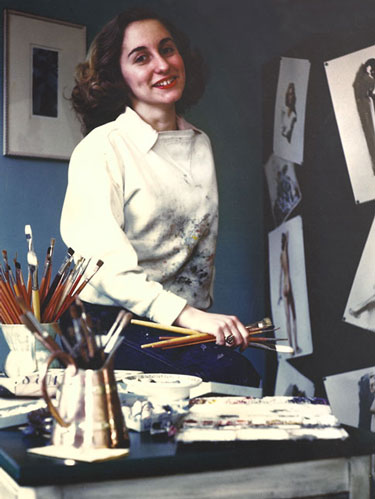 More than 75 years ago, Gloria Stoll decided to throw away her high school artwork.

It was the early 1940s, and opportunities for young artists — and female artists in particular — were limited at best. Stoll had in June 1940 graduated from the New York High School of Music and Art, a Hogwarts-esque breeding ground for creatives; with no plans to attend college, however, Stoll took a workaday job at a life insurance company.

Taking the notion one night to leave her creative past behind, Stoll bundled a stack of drawings and paintings and deposited them atop a pile of discarded newspapers in her apartment building, bound for the incinerator.

Fortunately, the building’s janitor noticed them before they could keep their date with oblivion.

“I had a knock on my door the next day from the apartment janitor,” Stoll — now Stoll Karn — says. “The janitor said there was an artist in the building. He took all of my artwork up … the artist thought I had talent, and [said] he would like to meet me.

“If I had any talent in life, it was not to let an opportunity go by when it presented itself!”

That chance introduction led to Stoll Karn becoming one of the only women to illustrate and create covers for the pulp magazines of the 1940s. Those bygone publications — affordable collections of thrilling, easy-to-read entertainment — are the subject of Pulpfest, the annual convention of pulp aficionados. After eight years in Columbus, Oh., the convention this year moves to the Pittsburgh area for its 48th installment, scheduled for this weekend at the DoubleTree by Hilton in Cranberry Township.

Stoll Karn will be the guest of honor at this year’s PulpFest, speaking with pulp-art historian David Saunders in a Q&A this Saturday night.

The bulk of Stoll Karn’s illustrations were for romance titles; her first published drawing appeared in “Love Story” magazine. “The editor kept me waiting in her office while she showed it to the art director,” Stoll Karn remembers. “She came back and said, ‘Well, Alex said we’ve had worse.’ I was elated!” 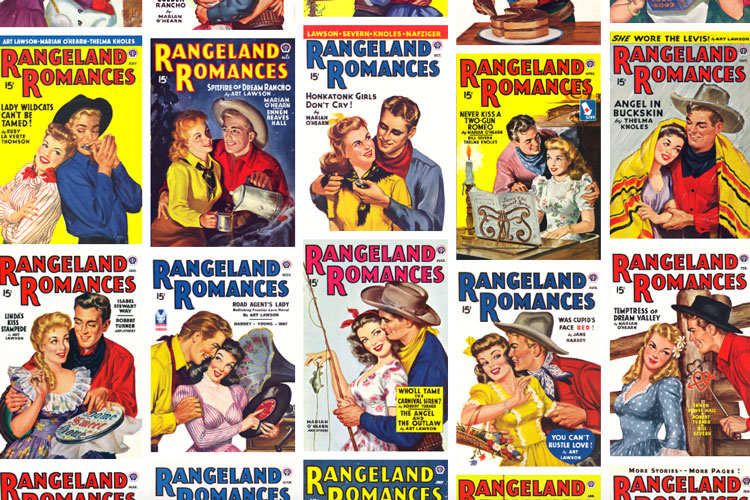 She continued to illustrate for “Love Story” and similar publications such as “All-Story Love,” “Romance Western,” “Love Book” and “Thrilling Love.” In time, she graduated from illustrations inside the publications to the covers — which at the time were original ideas.

“The artists had to come up with all the ideas for the covers,” Stoll Karn remembers; cover illustrations were not pegged to specific stories. “I could understand how I could come up with all of those love story ideas, because the movies were a big part of my life — and I’m sure they influenced me.”

Stoll Karn’s preferred publication was a western magazine dubbed “Rangeland Romances,” for which she drew more than 40 covers between 1943 and ’49. As her career developed, she broadened her reach, drawing for detective and mystery titles as well. 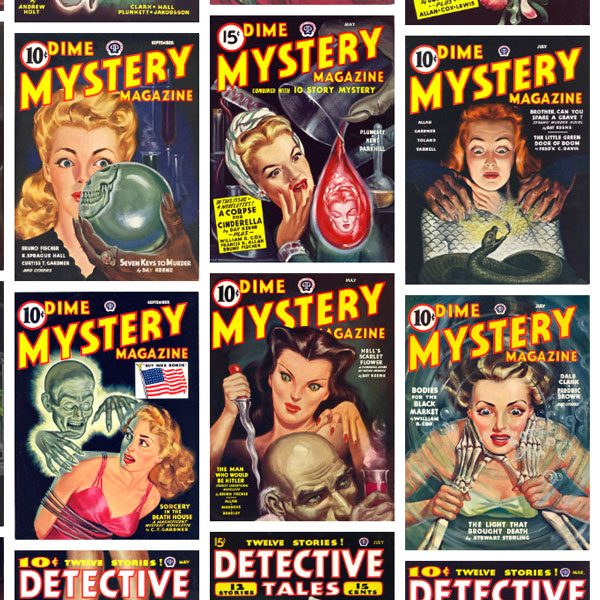 “How I became able to come up with ideas for ‘Dime Mystery’ and ‘Detective Tales,’” she says, “that always confounded me. Maybe everybody has a dark side, maybe a shadow side — in addition to the side you usually portray when you’re out in society.” Some of her more macabre drawings adorned a publication called “Black Mass”; one shows a fallen debutante spelling out the name of her attacker in pearls broken from a necklace.

After the pulp magazines began to fade, Stoll Karn worked on cover illustrations for paperback novels; after marrying a native Pittsburgher and World War II veteran, Fred Karn, she relocated to Pittsburgh. The house they purchased not long after the end of the war is still Stoll Karn’s home today.

Stoll Karn’s most recent painting was of her grandson-in-law, a retired U.S. Marine, in 2015; at 93, she plans to continue painting. “I have a couple of ideas for paintings I want to do,” she says.

Advance registration for PulpFest has closed, but attendees can register in person beginning on Thursday; click here for more info.