With his film and stage career on the rise, actor Joshua Elijah Reese finds piecing together an impressive acting resume in his native Pittsburgh to be rewarding—yet he is chomping at the bit for an even sweeter fate. 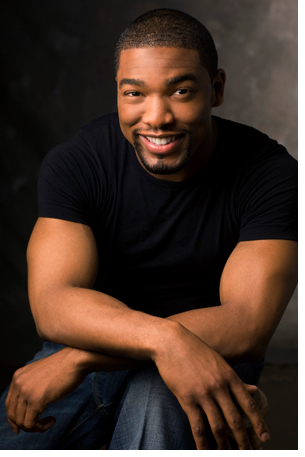 "I’m determined to be cast in a Reese’s Pieces commercial someday—it’s been on my to-do list for a long time,” says Joshua Elijah Reese, who happens to love the classic peanut-butter flavored candy and the ever-popular Reese’s Peanut Butter Cups. “I got called Reese a lot in high school and college,” recalls the actor who received his B.F.A. in theater from Point Park University in 2007. “How sweet would it be for me to land that particular gig?”

Reese, who celebrates his 27th birthday this month, has landed major gigs (including roles in the 2009 film Unstoppable starring Denzel Washington and two of this year’s flicks: Riddle with Val Kilmer and One For the Money with Katherine Heigl) since he was first exposed to acting as an upperclassman at Perry Traditional Academy in the North Side.

“Christine Peterman, my English professor at the time, encouraged me to try acting and audition for our high-school musical,” he says. “I was catching a lot of flack when I started getting serious about it.” Reese played various roles at Perry, including Baker in the production of Into the Woods, which earned him a Gene Kelly Award nomination for best actor from the Pittsburgh CLO.

Upon graduation, he had to make a decision: do what was expected of him (being in the streets with his friends) or pursue what he was falling in love with. “As the passion was budding for acting, I chose it over the street thing, which was a hard predicament for me,” he says. “I’m so glad I ended up going in the direction of the performing arts. I had to leave the negative things behind me and make my own path.”

Reese came from the direction of the Garfield Heights projects. At age 10, his family moved to the North Side to get away from the violence. “All my friends were sad to see me go,” Reese says. “When I left, my longtime friend thought his world was going to end.”

Reese experienced the world coming to an end in one of his roles. “I died in John Leguizamo’s arms,” Reese says of his final day on set of “The Kill Point,” a 2007 Spike series in which Reese played Derzius, a U.S. Marine who came home from a tour of duty in Iraq. During the show’s production, Reese was going back and forth between the set and classes at Point Park. “The education and training are what prepared me for my career today,” he says.

Looking back at where he started, Reese finds it important to give back to the community. In 2009, the launch of joshuaelijahreese.com created an opportunity to promote his career and support the community with a fundraiser at downtown’s SPACE Gallery. Upon admittance, attendees were asked to donate food to the Greater Pittsburgh Community Food Bank. Now, Reese plans to do more charitable good, and he’s piecing together a potential fundraiser for The Boys and Girls Club.

On a more personal note, Reese enjoys journaling. “I enjoy keeping notes about my progress over time,” he says. “And I enjoy bubble baths—they’re so relaxing, especially with peppermint tea and a candle.” Reese has acquired these rituals as outlets from his busy schedule.

Depending on what project he’s booked on—whether it be for film, which he refers to as “hurry-up-and-wait” work, or theater, where there’s very little time to even take a bathroom break. Since he has no time to truly rest, Reese’s resume is rather full and includes roles in productions such as Ain’t Misbehavin’ (Pittsburgh Public Theater).

“I was working a performance in Jitney for the Pittsburgh Playwrights Theatre Co. while I was also working on the film Riddle with Val Kilmer,” he says. “Keeping busy is how I piece it all together.”

PM: Describe what it’s like to work as an actor in Pittsburgh.

JR: The unique thing about being based in Pittsburgh is that I have to piecemeal things together—from plays to movies. I am an every man, and I enjoy every medium of the trade.

What was your first acting gig?

It was in 2006, and I earned my equity card for a movie I did called Exonerated, and John Amples directed. He wanted me to be in the ensemble, but luckily, I got bumped up to a principal.

Was acting your first love?

No, basketball. If I had made the team at Perry, I probably wouldn’t be acting today.

Which Pittsburgh sports team do you favor?

Although I’ve never seen a live game, I would have to say the Steelers. Hines Ward is my favorite player; you feel the passion he brings to the field through his constant smile.

When you go to the cinema, are you a popcorn-and-candy kind of a guy?

I loved popcorn until I recently cracked my tooth on a kernel. And I usually buy bottled water—I need something to chase down my bag of Reese’s Pieces.

This article appears in the July 2011 issue of Pittsburgh Magazine.
Categories: Arts & Entertainment