Photographers Zoom in on Their Favorite Spots in Pittsburgh

To get a fresh look at our city, we asked five Pittsburgh-based photographers one question: If you could pick one spot in Pittsburgh to be the backdrop for your own self-portrait, where would it be?

Thanks to Mount Washington, it's almost impossible to take a bad picture of Pittsburgh. But after a while, most photographers like to look for something new.

If you’re like me, and you do your happy dance any time you've shot a photo that's got a unique perspective of our beautiful city, then you’re in luck. We’ve got some people and places you should know about.

To get a fresh look at our city, we asked five Pittsburgh-based photographers one question: If you could pick one spot in Pittsburgh to be the backdrop for your own self-portrait, where would it be?

We learned there is a lot more to Pittsburgh than what meets the eye. (Hint: try a lens) 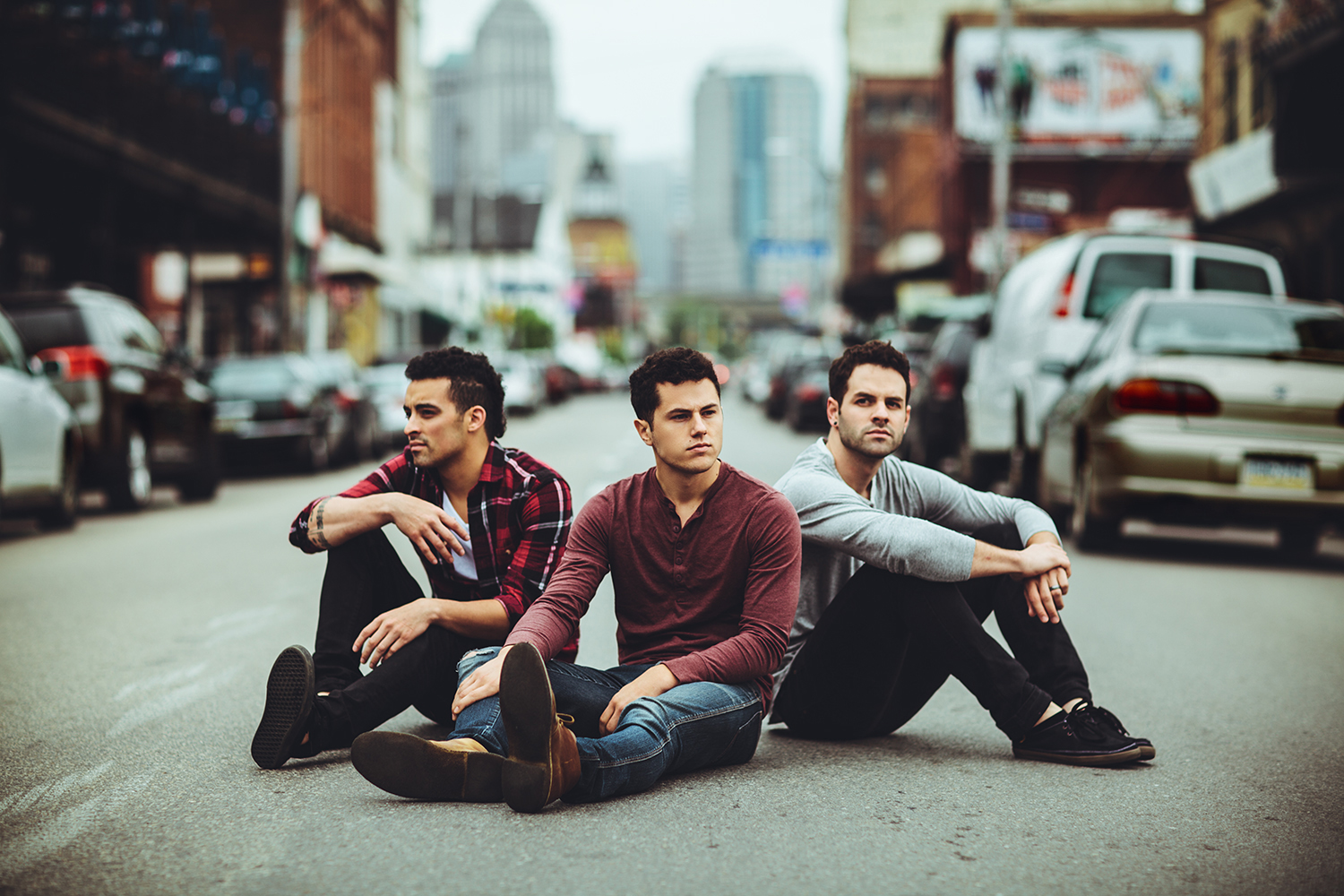 Though born and raised in a small town about an hour north, Cory Morton always has considered himself a Pittsburgher.

After working here the last six years with bands, individuals, the urban landscape and even camping out in the wilderness, Cory named the skyline from the Schenley Overlook as his backdrop pick.

"It will never get old to me," he says. "It's a place I've gone to many times in the past to clear my head. It is absolutely beautiful.”

To Cory, Pittsburgh is filled with possibilities for beauty. An eclectic city, Pittsburgh can be many different things for all kinds of different people.

"A dear friend of mine once told me: 'you don't have to leave Pittsburgh to go on vacation.' I really believe that holds true.”

One word of dispute: February. But from a September perspective, with autumn festivals gearing up and Steelers nation loud and proud, Terrible Towels raging, Pittsburgh truly is its own kind of paradise. 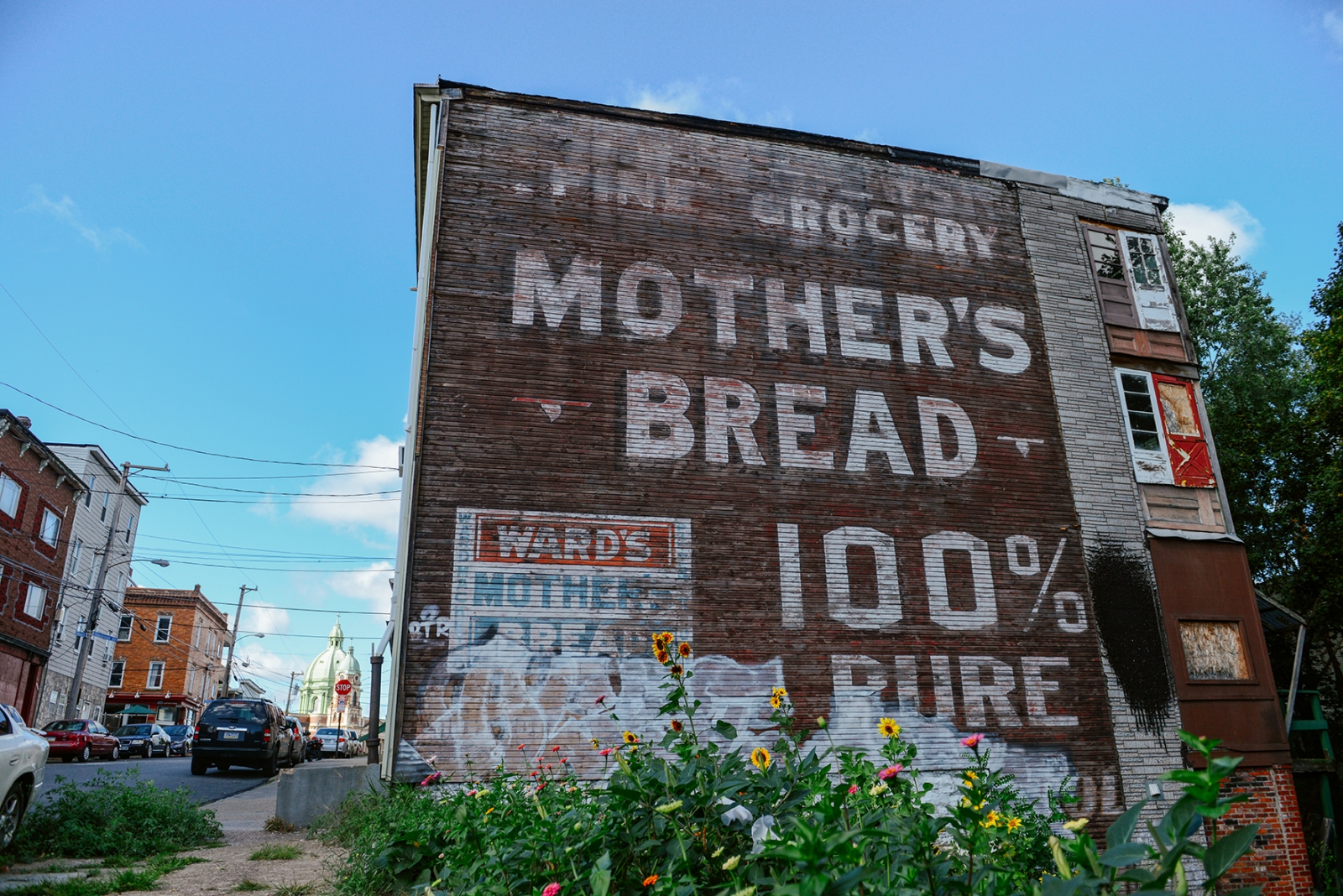 Quelcy T. Kogel is the quintessential one woman show. From food and prop styling, to event design, to recipe development, to writing her food blog With the Grains, Quelcy approaches work from a place of storytelling.

Quelcy started her life in Pittsburgh as a freshman at Carnegie Mellon University. An adventurer at heart, Quelcy came and left. “But, somehow Pittsburgh always pulled me back.”

To Quelcy, “Pittsburgh is like one big studio space.” Chock full of stories. But one Polish Hill relic stole her heart — the Polish Hill “Ghost Sign.”

As she was scouring the area for a place to hang her coat and settle down a while, Quelcy saw the ghost sign and ever since, “that apartment and this neighborhood really have become my home.”

“As a whole grain baker with a penchant for the rusty, tattered, aged relics of the past, I saw that sign as a sign.” In other words, Pittsburgh was talking and Quelcy listened. She’s kept her ears and eyes open every day since. 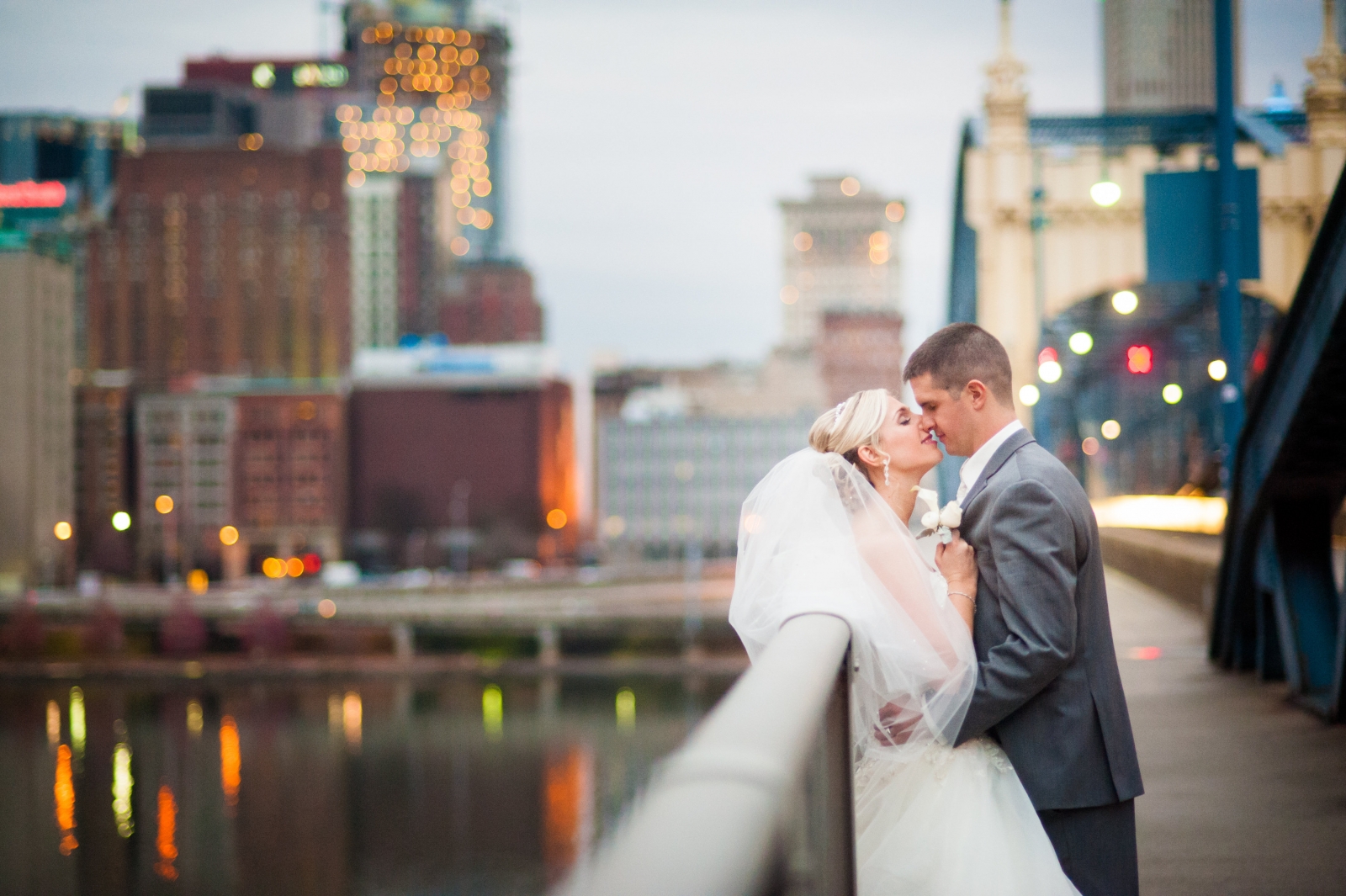 As a born and raised Pittsburgher, Leeann Marie Golish operates personally and professionally under the phrase: “Big city photographer for the hometown bride.”

She considers each couple she photographs as a warm spot in the midst of the big steel city. And Morningside is where Leeann found that combination for herself.

“If I were to have my portrait taken in any place in Pittsburgh, it would be the front steps of our first home in Morningside because it not only feels like home to me, but also encompasses the city atmosphere.”

Though now a Cecil-ite in Washington County, Leeann looks back fondly on her time living in Pittsburgh’s East End.

"Morningside is the place where my husband and I lived together as a newly engaged couple, where we enjoyed the neighborhood picnics at St. Raphael and where we planned our next adventures together.”

Leeann loved it so much, she and her husband are building a new home and naming it the "Morningside Lodge." 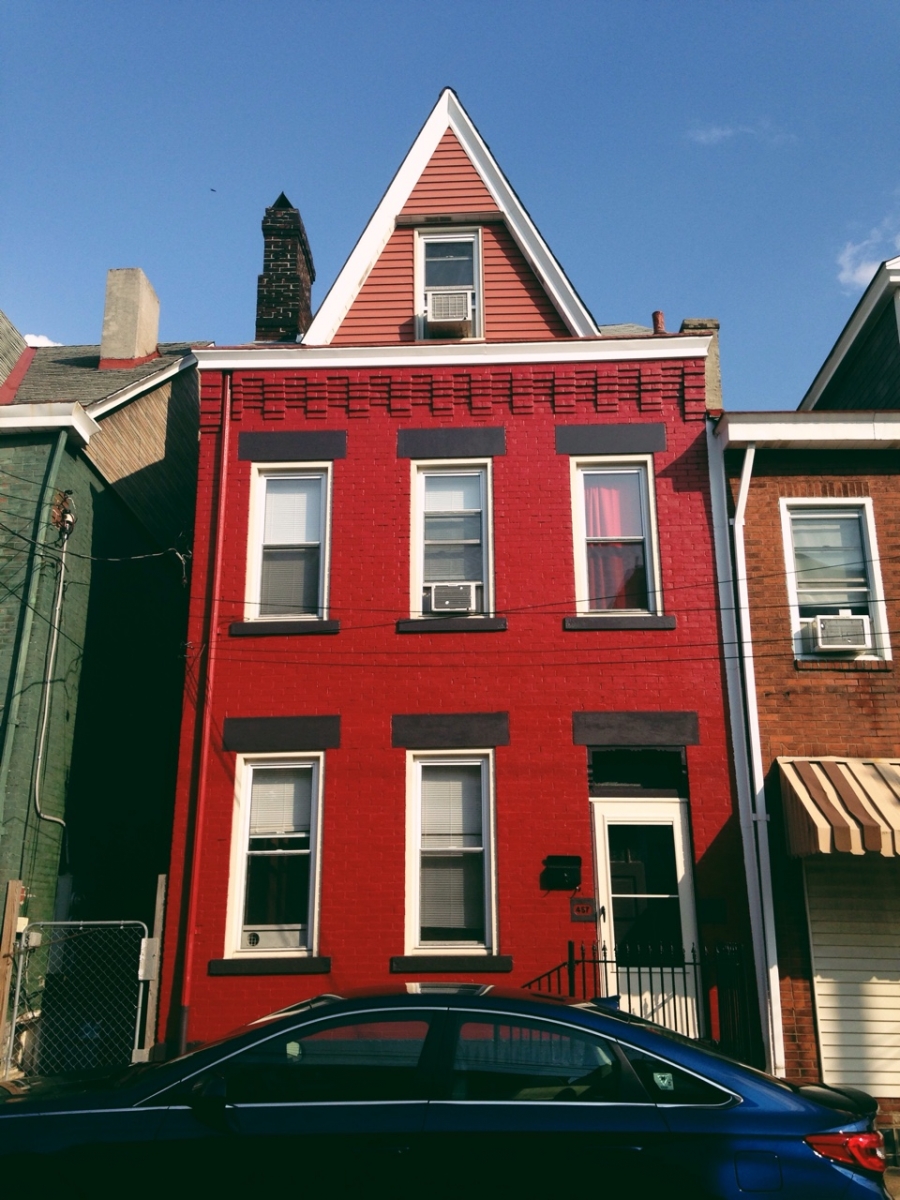 Truly the fresh perspective we were looking for, Abigail Rideout, a 23-year-old, first-time Pittsburgher, came to the city this summer from St. Louis. Angry drivers and all, Abigail has adopted the “Paris of Appalachia” as her knew home.

Hidden away in the Victorian-esque, flourishing neighborhood of Friendship, is Abigail’s backdrop pick — a brick wall covered in ivy, whose color splashes a gradient from light to dark. “Over my first months here I've watched the ivy totally cover the wall in deep, dark green — stunning,” she says.

A combination of her first memories in Pittsburgh, her love of nature and her eye for the aesthetics of color scheme, evident in each of her photos, Abigail’s ivy wall in Friendship is to her, truly unforgettable.

“When I'm walking through Friendship, I always walk by the ivy wall.” See if you can spot it.

If you have any recommendations for prime bike riding activities or vintage bookstores in the Steel City, leave your comment below and help to give Abigail a better-late-than-never Pittsburgh welcome. 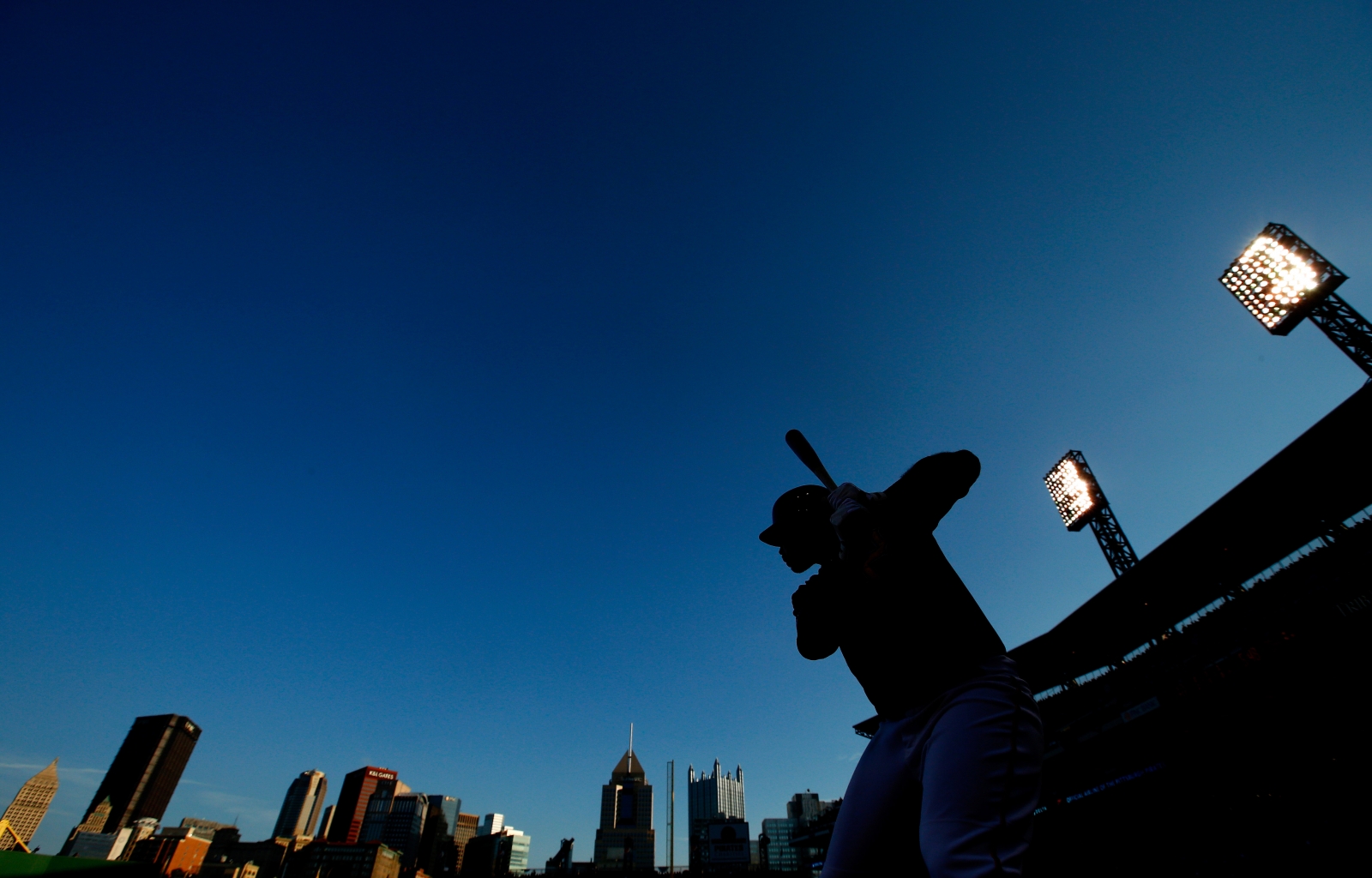 As a Pittsburgh native, Jared Wickerham’s location pick for his backdrop is Pamela’s in the Strip District. To Jared, it’s “where you can get a plate full of fresh hotcakes, sit at a table surrounded by a wall of old family photos, and enjoy each others company.” Gotta love those hotcakes n’at.

But what piqued my interest, more than even Pamela’s hotcakes, was his prefaced answer.

“Honestly, first and foremost, I'd have to say the best backdrop I could ask for would be to have all of my Pittsburgh friends, who are practically family, around me. As a freelancer and artist, it's always important to have a great support group close by,” he says.

This was not only a professional relationship to Pittsburghers, but a personal one. For Jared, whose family roots are planted in Homestead and Bethel Park, Pittsburgh is more than a dot on a map.

“Pittsburgh is about its people. Without them I wouldn't have nearly the amount of passion for this city as I do.”