Seasoned theater vets Andrew S. Paul and Mark Clayton Southers team up to give Pittsburgh a new kind of theater via The Phoenix. 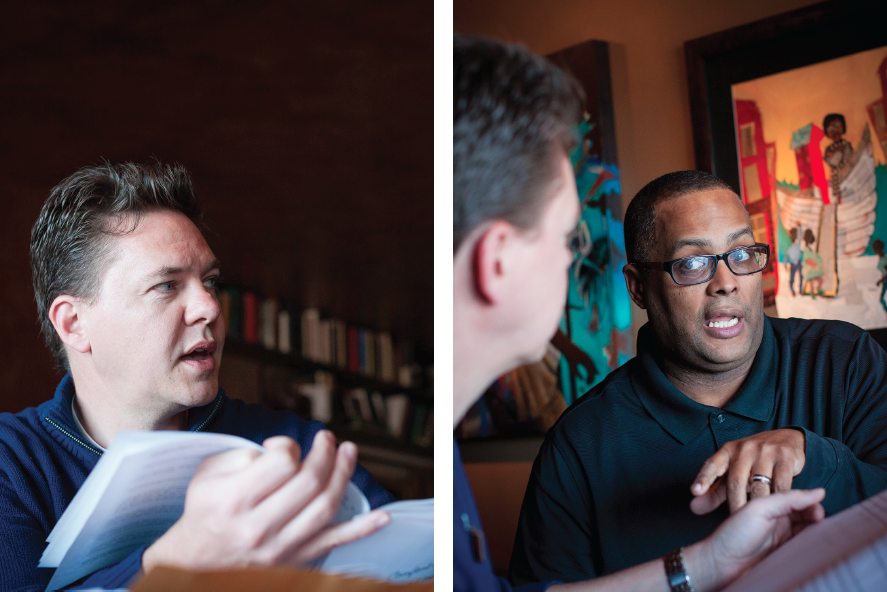 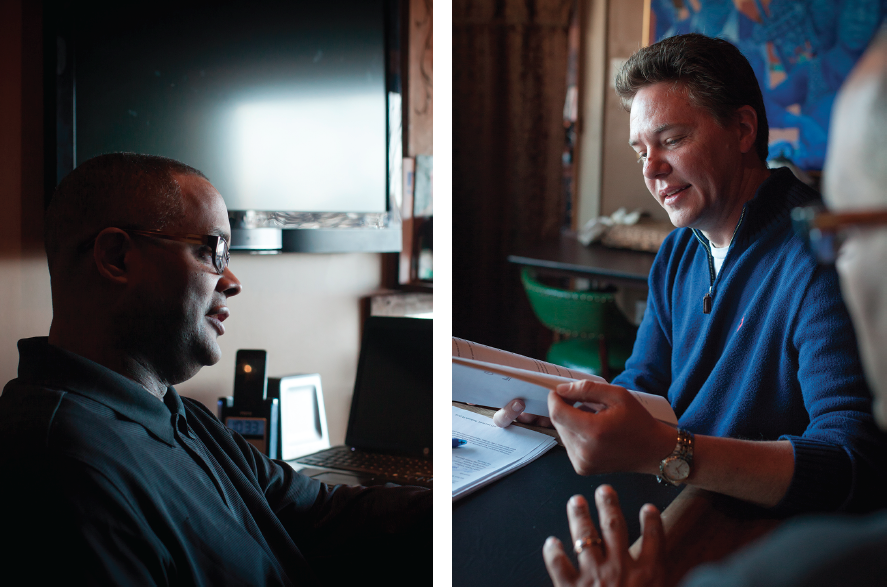 In Pittsburgh’s theater circles, most everyone is once removed from each other. This held true for Andrew S. Paul and Mark Clayton Southers, who initially met through the Pittsburgh Post-Gazette’s longtime theater critic, Christopher Rawson.

In 2007, Paul directed Southers’ play “James McBride” at the latter’s company, Pittsburgh Playwrights Theatre Co. The two artistic directors then traveled together to Ireland and Poland, and they shared connections and projects.

Last fall, they created their own venture, The Phoenix – A Theater Company, after both men experienced career changes. In February 2013, the board of Pittsburgh Irish & Classical Theatre dismissed Paul, its co-founder and artistic director, who had helped to build the respected company that debuted in 1996. PICT cited Paul’s practice since 2011 of dividing his time between western Pennsylvania and Las Vegas, where his wife works and his children live. In theory, Paul could have left Pittsburgh behind last winter. He didn’t.

“I’ve always been nomadic,” says Paul, who has lived in Italy and Scotland and travels regularly to Europe. “But I lived in Pittsburgh for the better part of two decades. It’s always felt like home because I developed my career there. In theater, you build up a following and an audience and a support network. The people you like to work with work in the same town.”

In 2003, Southers — a playwright, director and performer — founded Pittsburgh Playwrights, which presents local dramatists’ scripts and has mounted a number of African-American works. In 2013, Southers experienced his own administrative woes when he attempted to run the theater program at the financially troubled August Wilson Center for African American Culture.

“When you’re a founder, an artistic director, there’s a certain sense of pride,” he says. Last year, Southers presented a proposition to his peer: If Paul wanted to launch a new company, he could headquarter it in Pittsburgh Playwrights’ black box. For Paul, that meant he’d be working with a smaller budget in a smaller space — but he didn’t mind.

The duo’s aptly named company, The Phoenix, premiered in November with Joe Penhall’s “Blue/Orange,” a dramedy about a mental patient who believes he is the son of an African dictator.

Local theater critics raved about the production. The play’s racial undertones were important to Paul and Southers, who aim to bridge the crevasse between African-American and conventional theater.

“Mark and I immediately latched onto the idea of diversity,” recalls Paul. “It’s not just black-white. That’s a big thing in American theater right now — having a more international perspective.”

What’s striking about The Phoenix is that it opened strong, yet its mission and audience haven’t yet connected fully. Similar to many drama graduates, Paul and Southers are venturing into the unknown. In the autumn, they plan to produce the unconventional, award-winning musical “Passing Strange” about an African-American man who travels to Europe in search of his roots. Southers also intends to adapt a Civil War-themed revision of the 1888 August Strindberg play “Miss Julie.”

“We’re developing it as we go,” says Paul. “PICT was the same way. We didn’t know what it was going to become when we started it.”

“I think the workload is even,” says Southers, who alternates between the roles of producer and creative force. “I don’t have a problem being Robin to his Batman. I think [mounting] three good plays a season is great. In doing that, we can have a good, solid theater company. We came through the gates with a bang.”

“I’ve always liked to do plays of different sizes and scales,” he says. “Mark’s space is really alive. It makes the live experience so much more visceral. ‘Blue/Orange’ was basically done in the round — three actors, limited scenery. I liked that. If it’s not risky and a little bit dangerous, I think it’s impossible to put on meaningful things.”

Picking a freshman lineup can be tough for any theater company. Paul and Southers originally hoped to stage “Blood and Gifts” this month. Because J.T. Rogers’ drama about 1980s Afghanistan was too ambitious a project for 2014, they revised their schedule:

This article appears in the April 2014 issue of Pittsburgh Magazine.
Categories: Arts & Entertainment, Things To Do