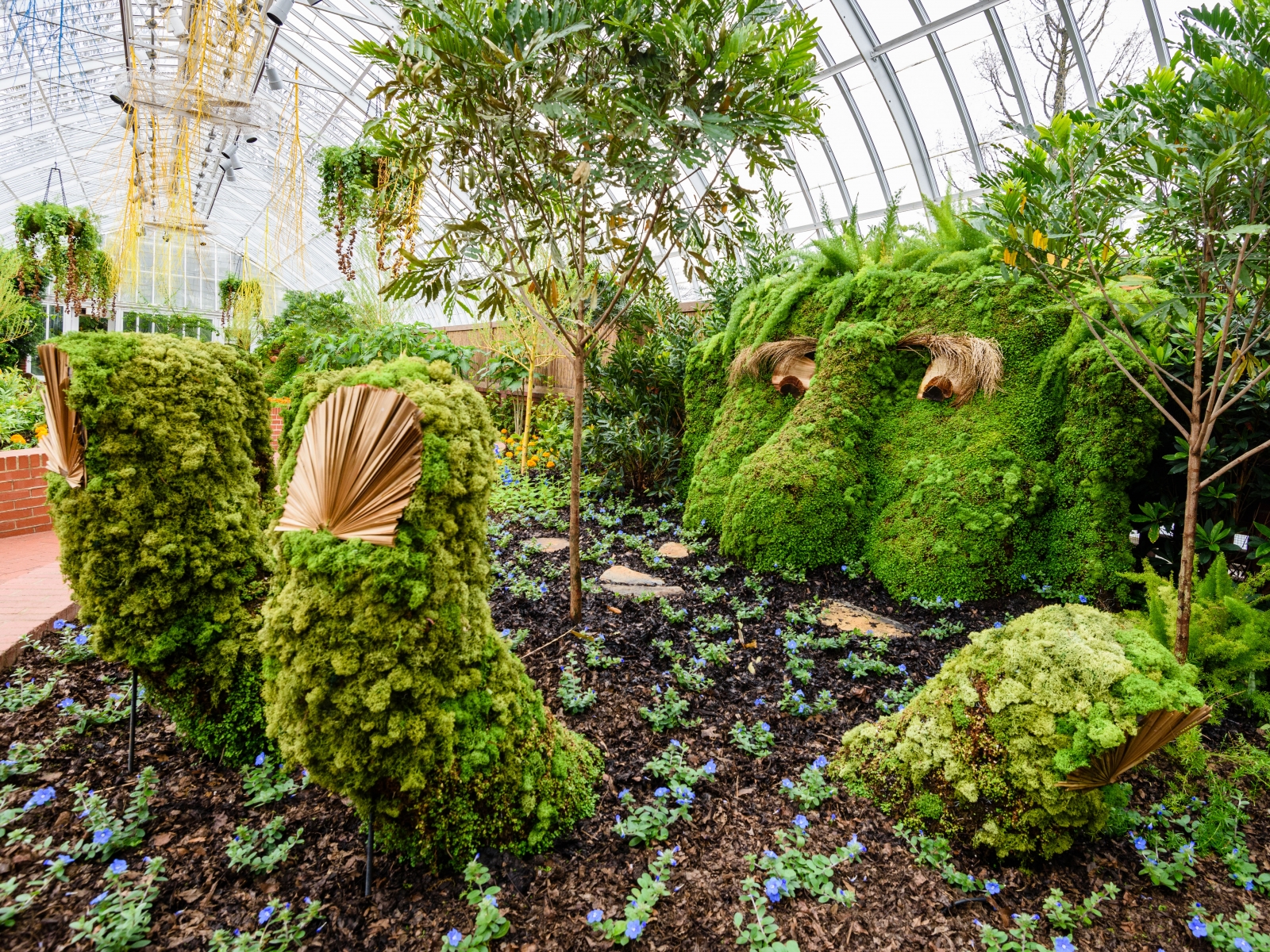 You guys: Phipps is weird.

I mean that as a compliment, of course. I’m only interested in weird things. Weird is high praise, coming from me.

I’m surprised, nevertheless, that one of our most storied and venerated civic institutions — the conservatory celebrates its 125th anniversary this year — got weird, right under our noses.

This is the place that brought in a giant, “Avatar”-looking flower that occasionally reeks with the stench of death, named it after George Romero and got thousands to come down and smell its funk in the middle of the night.

This is the place that surrounded flowers with gigantic glass sculptures of the same flowers.

And now, there’s a giant crawling out of the ground in the Serpentine room.

The deceptively simple name of Phipps’ summer show is “Gardens of Sound and Motion,” a title that obfuscates the fact that some of the conservatory’s more breathtaking rooms have been given over to otherworldly, immersive displays that blend rare and remarkable flora with uncanny installations.

Pictured above: One of the two giants, the head and fingers of which are sprouting out of the ground, set to a soundscape by designers from Carnegie Mellon’s Experimental Sound Synthesis program. The giants are no mere topiaries but detailed creations hewn from living and recently deceased plants and fungi, right down to the mushroom pupils.

Next door, trees hiding flickering lights loll over giant metal flower petals while another transportive soundtrack suggests a meditation session that went to some dark places. In the sunken garden, metallic sculpture pieces sway against a cascade of water spilling over the fountains.

All of this is before you get to the part where you press spots on a metallic panel to cause bursts of water and simultaneous echoing tones. Like … I can’t describe it. It’s like you were conducting the fountain at the Bellagio by leaning against a mutated bench.

This show is weird. This place is weird. And I’m a little obsessed.

The best time to see the summer show is undoubtedly after dark, which makes Friday your night; aside from special events, Fridays are the only time that Phipps remains open after sunset. Roll in around 8:30 and the sun will be setting as you start poking around. Phipps is already a default Pittsburgh first date for good reason; with this show, it’s a must.