Michael Solomonov and Steven Cook have picked up two James Beard awards this year, and Solomonov is in the running for one more. 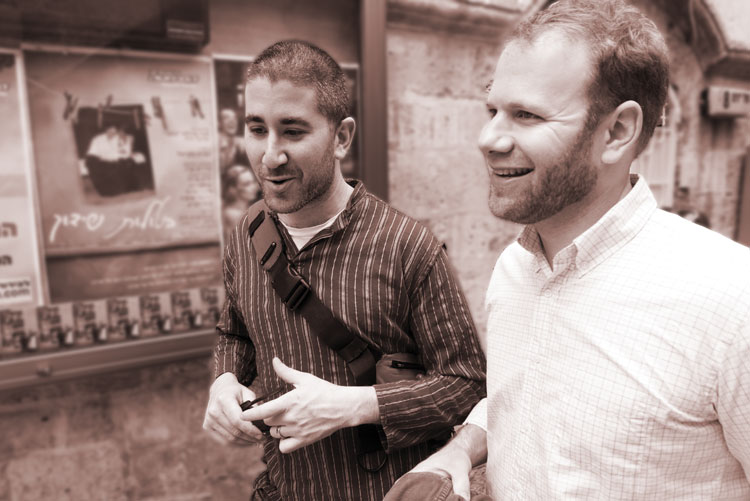 The James Beard Foundation on Monday gave ‘Zahav: A World of Israeli Cooking,’ the work of Philadelphia-based chefs Michael Solomonov and Steven Cook, the award for best cookbook, as well as best international cookbook.

Solomonov and Cook’s book shares a name with their flagship restaurant, which they opened in 2008 in in Philadelphia’s Society Hill. The duo operate the Cooknsolo Restaurant Group, which also includes Abe Fisher, Dizengoff, Federal Donuts and Percy Street Barbeque.

This isn’t Solomonov’s first time being recognized by the James Beard Foundation — he was also named Best Chef, Mid-Atlantic in 2011, and he’s in the running for this year’s national Best Chef award.

‘Zahav’ draws on Solomonov and Cook’s Jewish heritage, with recipes that range from lamb shoulder to the restaurant’s much-celebrated hummus.

The authors of the cookbook live and work in Philadelphia, but they both have close ties to Pittsburgh: Solomonov was born in Israel but raised in Squirrel Hill, while Cook’s wife Shira is a Pittsburgh native.

The James Beard Awards in the restaurant and chef categories will be announced on Monday, May 2.