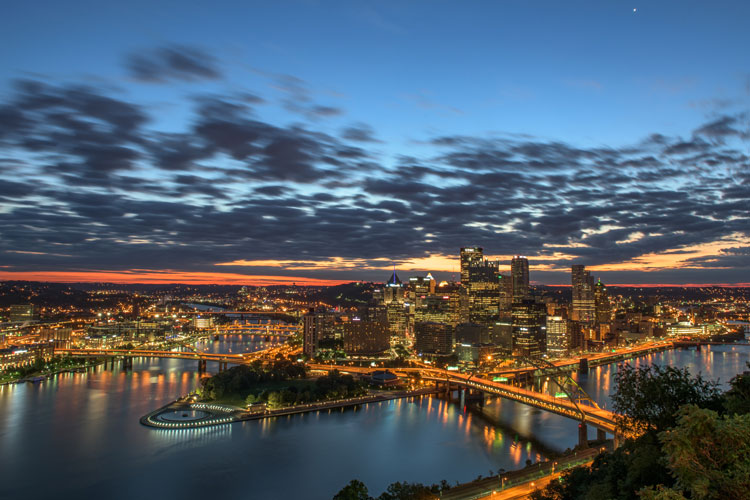 Ask a Philadelphia native what he or she thinks about Pittsburgh and it’s likely you will be served an answer loaded with condescension and a little sarcasm on the side.

For the most part, that was not the case when Philadelphia Magazine’s John Marchese profiled Pittsburgh’s transformation from Big Steel to Eds and Meds.

You might want to sit down for this: Not only was he impressed, but he was willing to admit it.

“The so-called “eds and meds” complex in Pittsburgh might be one of the most successful anywhere, and it’s particularly impressive for a city this size. The University of Pittsburgh, Carnegie Mellon, Duquesne and other, smaller schools add up to the sixth-largest concentration of students in the country — over 80,000 of them in a city of about 300,000 people. Academic research funding almost matches what flows into Philadelphia, which is five times bigger.”

Marchese even acknowledged others who think Philadelphia may be falling behind the curve. He quotes Drexel University President John Fry’s remarks to the annual meeting of the Philadelphia Chamber of Commerce.

“Philadelphia had all the assets in place except one: ‘a sense of urgency about competing for the first-tier position that is further complicated by complacency…‘There are other cities as close as Pittsburgh,’ he told the Chamber crowd. ‘and they do have a sense of urgency. And they don’t suffer from complacency. And as we sit down to breakfast, they’re planning to eat our lunch.’”

Marchese also recognized that the steel city is a cool place to live.

“Pittsburgh is just plain buzzy right now. Since being named the best place in America to live in the mid-2000s by both the Economist Intelligence Unit and Places Rated Almanac, it has become a perennial overachiever in quality-of-life surveys. Zagat named it the nation’s top restaurant spot in 2015. Lately, publications like Vogue are urging weekend visits. It has an active movie production scene — … The Dark Knight Rises, Foxcatcher, The Fault in Our Stars — and the flashbacks for one of TV’s most talked-about shows, This Is Us, are set there.”

Not wanting to lose his street cred, however, Marchese did toss a little shade our way by describing Pittsburgh as only a Philadelphian can:

“…our more diminutive Commonwealth cousin… the place out there past the Allegheny Mountains where they talk funny and that just three decades ago was the choking canary in the caving mine of America’s deindustrialization.”

How times have changed.