The longest-running musical in Broadway history will take over the Benedum Center through March 1. 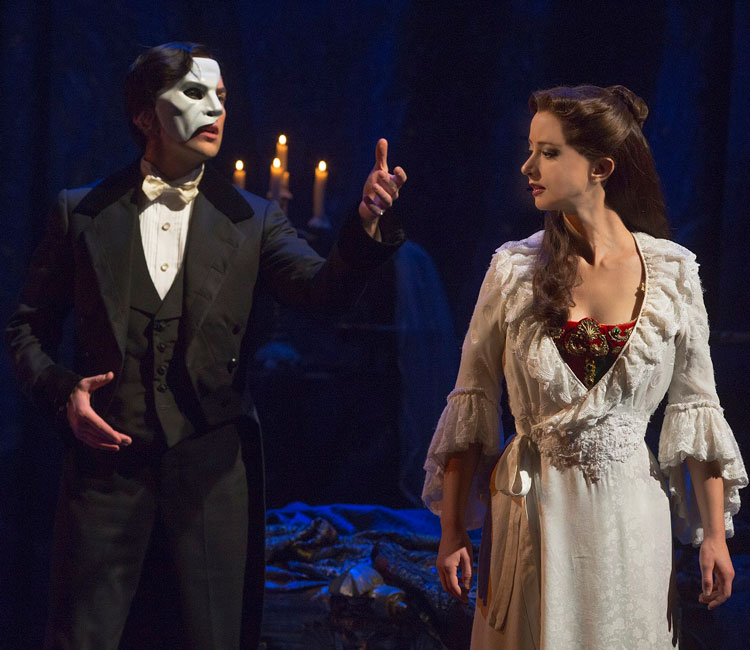 THE MUSIC OF THE NIGHT
Spread your angel wings this weekend as the national tour of “The Phantom of the Opera” arrives in Pittsburgh. “Phantom,” the longest-running musical in Broadway history, will take over the Benedum Center for 14 performances starting tonight through March 1. The renowned tale blends romance and horror with songs such as “All I Ask of You.” This time around, its 52-member cast and orchestra stars Chris Mann, famous for being a finalist on NBC’s “The Voice,” as the man behind the mask. The Pittsburgh Cultural Trust brings the production, now in the 27th year of its New York run, to Pittsburgh; “Phantom” has run for decades in cities ranging from Sapporo, Japan, to Hamburg, Germany.
(237 Seventh St., downtown; tickets and info here)
— Natalie Daher, PM Editorial Intern

YOUR CAN’T-MISS INTRO TO PITTSBURGH’S JAZZ LEGACY
Many Pittsburghers know that the city has a longtime association with jazz music, but that knowledge may go only that far — a point of civic pride without context. If you’re in that camp, the Steeltown Jazz Storytellers series is the introduction you need — and even if you’re an expert on the city’s greats, the concert portion of the evening no doubt will draw you to James Street Gastropub and Speakeasy this Saturday night (and every third Saturday through June).

ONE OF OUR FAVORITE BARS HAS BEEN REPLACED BY A GREAT BREWERY
Nearly five years ago, we cited Bethel Park bar and restaurant Duke’s Station among 20 Hot Bars in and around the city. We’re sad to report that the train-car-themed spot is no more — but there could be no better replacement, as the brand-new Spoonwood Brewing Co. has risen in its place. Still in its first month of operations, the brewery offers a range of different styles in a spacious, comfortable setting, with a slate of wood-fired food options to complement your brew. Read more about the city’s newest brewers in this week’s edition of After Dark!

IN THEATERS: Disney aims to inspire you with “McFarland, USA,” a group of underappreciated comedic talents hope to entertain you with “Hot Tub Time Machine 2” and something called “The Duff” is premiering as well — but this weekend also is your last chance to catch up on Oscar favorites before Sunday’s ceremony.