Perspectives: Won't You Be My Neighbor?

“A girl in a chocolate shop with one hell of a strong right arm” recounts the neighbors she met while working her way through college. 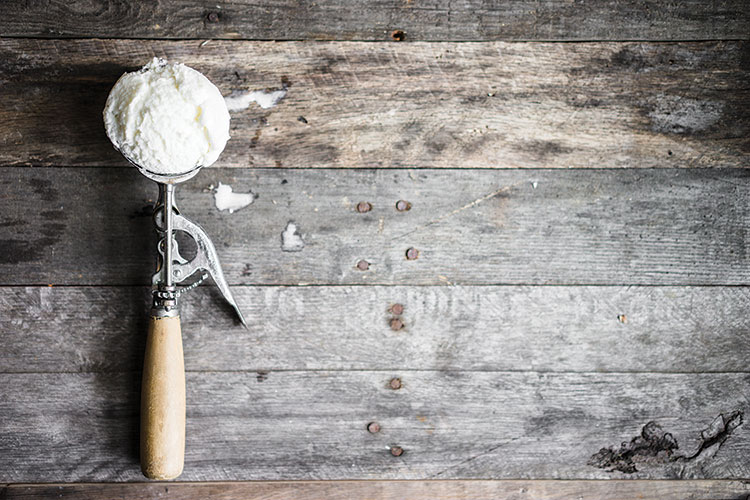 I made Jim a hot fudge sundae served in an old-fashioned fluted glass almost weekly during the warmer months at the chocolate shop on Carson Street. He stopped in during the day when the South Side shop was quiet, avoiding the evenings when diners and bar crawlers crowded the counter. A retired librarian, Jim was quiet and shy, but he was good company on long afternoons. I’d lean over the counter to listen to his stories and we’d talk about novels and authors we loved. I had moved to Pittsburgh from York for college, and he’d ask me about my 20-something goals, about how I wanted to move to New York City and get a job in publishing.

What I loved most about my conversations with Jim, beneath the shop’s cherry-red, tin ceiling, was learning about Pittsburgh — his Pittsburgh. As Jim scraped the chocolate from his glass, he’d tell me what it was like not only to grow up in a city, but also to have your family live on the same three blocks for generations. What it was like to see your city change, watching as longtime neighbors left or died while new ones took their places. What it was like to have aspired to leave … but to have never left.

These are the stories Jim told me. But they weren’t just Jim’s stories. They belonged to many people I met in the chocolate shop.

When I stepped off the 54C bus onto Mary, Sarah and Jane, the lady-named streets of the South Side, I stepped into a world more rich and lived-in than the one I knew at college. I fell in love with this rusty, vibrant neighborhood and the people who called it home. In Oakland, I was a small-town kid in a cinderblock dorm … but walking from the bus to the chocolate shop, I was part of something bigger. Chairs marked parking spots. The Eastern Orthodox priest lumbered in his dark robes past the record shop and the deli touting pierogi-topped sandwiches. Older ladies tucked into the shop looking for “get well” boxes of caramels for their childhood friends. The old bouncer at the bar next door kept an eye out for me as I closed up at night. The window washer with mops and buckets strapped to his back stopped in for a chat on my lunch break as I gobbled down a gyro platter from the corner spot across the street. Paul, still sporting his punk-rock-button-adorned Vietnam vet jacket, liked to get political over butter pecan. I cried when he passed away.

Their neighborhood became my neighborhood, my home away from home. I didn’t realize what that meant until I started to follow the dreams I’d talked about so often across the counter. I took my memories of the chocolate shop with me to New York, where I tried to make a home in a new neighborhood. One where people were more guarded and less likely to wave hello. Riding the crowded subway into Manhattan, where nobody returned my smiles, I found my thoughts drifting back to my colorful Carson Street regulars. I thought of Jim and how he’d encouraged me as I made my plans.

A week or so after graduating, during my last few days at the chocolate shop, Jim stopped in for a sundae — the last I’d make for him before I left. He knew I was moving away to become the person I thought I wanted to be, and before he walked back out into the sunshine, he handed me an envelope. Inside was $35 in crisp and sharply folded bills. I knew Jim well enough to know that he didn’t have much, but he’d chosen to sprinkle his kindness on me.

A girl in a chocolate shop with one hell of a strong right arm who scooped vanilla ice cream and drizzled hot fudge.

Another character on the block.

Katie Kurtzman has more than a decade of book publicity experience with top New York City-based publishing houses and now runs her own business, KTK Publicity. She is also the publicity director of Littsburgh.com, the online destination for literary Pittsburgh.

This article appears in the September 2018 issue of Pittsburgh Magazine.
Categories: Collier’s Weekly, From the Magazine, Hot Reads