Pittsburgh has never been what I would think of as a disposable town. We value where we come from, and we embrace the familiar. 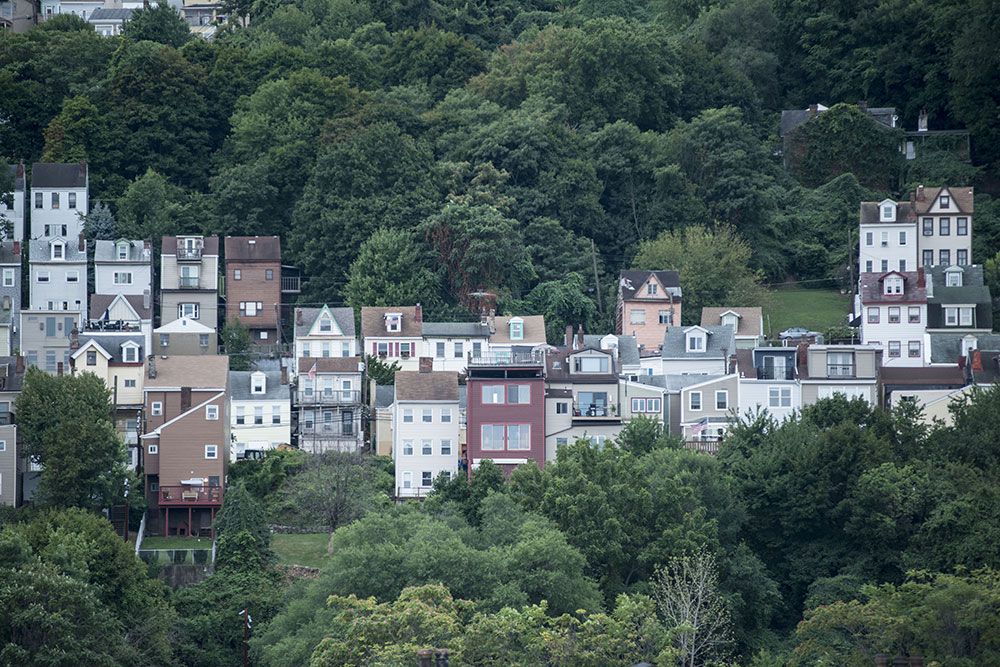 In this year of the U.S. Census, I’m often reminded of my favorite statistic about Pittsburgh.

Historically, we boast the highest number of “stayers” in the United States, meaning we live in our homes longer than people anywhere else in the country, often for multiple generations.

Think for a minute about what that statistic looks like in everyday life. Chances are you — or someone you know — lives in the same house where they grew up, and possibly where one of their parents did, too. Some say it’s a holdover from the practices of our immigrant ancestors, who were accustomed to living in multigenerational households. Others believe it’s a remnant of the region’s industrial past, when older generations helped younger ones with childcare during the odd hours of shift work, then passed down their most valuable possession, the home.

However the practice began, it remains constant. The wallpaper may have given way to a modern paint palette, but the walls that shelter us also sheltered our family’s previous generations. Our children attend the same schools. Our yards are shaded by trees our parents planted as saplings, maybe to commemorate a special occasion.

Pittsburgh has never been what I would think of as a disposable town. We value where we come from, and we embrace the familiar. How many people do you know who take the same trip to the same beach every year, or make a point to visit a Steelers bar when they’re in a strange city, or have lived long enough in a single place to tell you that the doughnut shop on the corner used to be a gas station?

The statistic holds true not just for large estates and family compounds, but for modest dwellings, too. The late Mayor Bob O’Connor lived in an ordinary Squirrel Hill house where his wife grew up. In McKees Rocks, an Italian immigrant couple settled a hillside in 1944 and vowed to never sell its parcels to anyone but family. Today, Condeluci Hill remains a village unto itself, a living testament to the power of the places we call home.

When you live in a place long enough, you tend to care about it more. You’re invested in its future because you’ve been part of its past. It’s the essence of what makes Pittsburgh a great place to live or to be from. It’s a defining characteristic, far more than adding French fries to sandwiches or using a lawn chair to reserve a parking spot. We value place here. It’s what makes us great neighbors.

This year, we spent more time at home than perhaps any other time in our adult lives. Home became not just where we live but also where we work and where we go to school. For an unlucky few, it became where we got our hair cut.

And when we were laid off, many of us turned our energies back to where we came from: the home. We made long-neglected repairs. We painted the walls. We baked so much bread the stores ran out of yeast. So many of us planted gardens that seed catalogs ran out of stock. When the weather warmed, we sat outside and had socially distanced happy hours with our neighbors, sitting in lawn chairs no longer needed for parking space reservations.

The hardships have been real, and significant. But so have our touchpoints. As 2020 enters its final weeks, uncertainty still lies ahead. This year has reminded us that we can’t take most things for granted — not our jobs, nor our institutions, nor even our lives.

What we can do is embrace that which we hold dear, for as long as we can. And when the time comes, we can hand the keys of what we treasure to those we love the most.

Niki Kapsambelis is a journalist and the 2019 winner of the Carnegie Science Center Award for communication. She is a science writer for Magee-Womens Research Institute and the author of “The Inheritance: A Family on the Front Lines of the Battle Against Alzheimer’s Disease.”

This article appears in the November 2020 issue of Pittsburgh Magazine.
Categories: Collier’s Weekly