Perspectives: Why Moving in Pittsburgh (or Anywhere) Is Not Easy 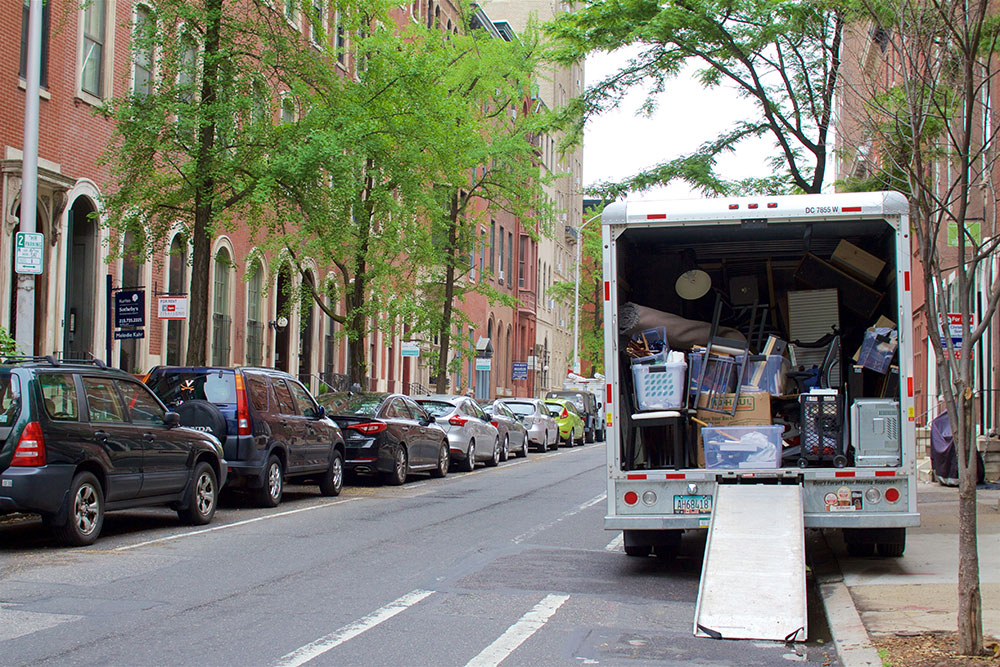 To be fair, moving is not easy anywhere. Under the best of circumstances (and I don’t know what those would be), things will go wrong. But in Pittsburgh, we have neighborhoods that feature hills to rival San Francisco’s. The weather can turn from Alabama to Seattle overnight. We’ve got twisting, walk-up stairwells that would make Brooklynites blush. And if you can get from the old house to the new house without running your rental truck over a dishware-shattering pothole, buy a lottery ticket — your luck is astronomical.

I just completed a move. (I use the word “completed” very loosely; my kitchen is purely theoretical.) Years of mishaps and unexpected downfalls always leave me irritable throughout moving week, much to the dismay of anyone who happens to be near me while the boxes are present.

While some of that irritability is purely a product of my own idiosyncrasies, plenty of it has been earned in blood.

Literally, in at least one case.

Years ago, I was moving from one edge of Regent Square to another and had just retrieved a small rental truck. I drove my boxy conveyance exactly one-half of a mile; I remember thinking that I had finally gotten the hang of maneuvering these beasts.

That’s when the window exploded.

As I cruised along, I heard a mighty bang. Peering around in utter confusion, I couldn’t help but notice that my lap was filled with broken glass. Further inspection revealed that the passenger-side window had swiftly transformed from a normal window into very much not a window anymore.

A bit alarmed at this point, I looped around the block and headed back to the rental depot. I flagged down the first employee I saw and explained that the particular truck I had rented had developed a case of exploding window. He said I should take this up with the man behind the counter.

Upon finding that employee, he asked me three questions — in this order: “Do you have your rental agreement? Is the truck driveable? Are you aware that you are bleeding from the face?”

I don’t know why the window exploded; perhaps a rock had been kicked up, or maybe a previous crack had been aggravated by a pothole. (While I cannot rule out the possibility that I was at fault, officially, I insist that I was not.) Even as I was returning the partially shattered truck (and wiping the blood off of my face), all I could think was, “This is the kind of thing that always happens on moving day.”

No matter how carefully you plan the transference of your belongings, some stupid thing will go horribly awry, and probably at the worst possible time. Can anyone have anticipated my exploding truck window? No. But I should’ve anticipated that something like that would happen. (And that they would be fresh out of non-exploded trucks, leading to a mad scramble to find a vehicle I could get my stuff into.)

Last weekend, a similar — if less dramatic — kick in the teeth arrived when I realized, mid-move, that my car battery was dead. It’s been acting up for a few weeks; many of those trips to the drive-in I keep mentioning have ended with a sleepy teenager giving me a jump so I could go home. Evidently, leaving the four-ways on for a few hours was the final straw.

“This is the kind of thing that always happens on moving day,” I thought, as I called AAA. I would have to wait for hours by my car, and likely pay for a new battery, after a long, hard day of moving — when I already suffered a hundred absurd slings and arrows and wanted nothing more to have a beer and turn on the TV. (Always get the cable squared away first thing, by the way.)

This time, though, it wasn’t all that bad.

AAA showed up faster than usual. They had no trouble finding me or diagnosing the problem. They replaced the battery within about 20 minutes, and it didn’t cost an arm and a leg. I went back to the couch, opened a beer and watched “Spaceballs.”

Maybe that’s the cosmic explanation for a hundred awful moving-day experiences: The universe is preparing you for future calamity. If you always expect it to be bad, nothing can rattle you; if you plan for utter chaos, any scrap of calm will seem like a gift. I was convinced that the dead battery would somehow lead to fishing my car out of the Mon; instead, it was a brief, painless exchange.

Sometimes, even on moving day, you get a break.

Seriously, though: All these old houses have impossible stairwells. You need to buy a split box spring. Trust me.

Sean Collier is a contributing editor at Pittsburgh Magazine.