Perspectives: Why I’m Not Going Back to the Movies (Yet)

Many movie theaters have opened their doors. But to pretend that they’re safe is foolish — and unnecessary. 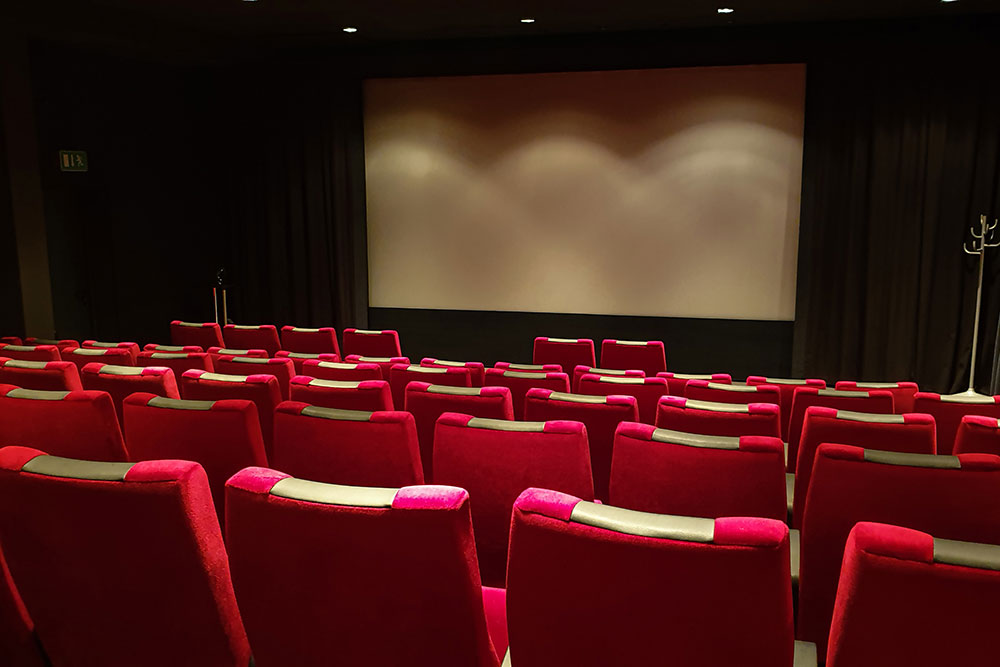 There are movie critics who view the physical cinema as a necessary evil; plenty are just as content when they’re able to view a pre-release copy from home. That’s not me. If I had significantly more time on my hands, I’d go to the movies every day. Cinemas are both where I am the most engaged and the most relaxed; all things being equal, I’d rather be in a large, dark room, slipping into another reality for two hours.

I never tire of them. Before the pandemic, I would average about four trips every week. I’ve tried to calculate how many times I had been to AMC’s multiplex at the Waterfront since it opened. The envelope math suggests the number is greater than 1,300.

That particular theater reopened this weekend, switching its projectors on for the first time since the first stay-at-home order in mid-March. In all but a few states, theaters are opening their doors and new releases are debuting; the X-Men spinoff “The New Mutants” premieres Friday, and Christopher Nolan’s anticipated “Tenet” arrives the following week.

I haven’t attended. Until the circumstances of the pandemic in America change in a meaningful way, I will not.

Many of the theaters that have reopened are touting their COVID-19 safety procedures, including contact-free ticketing, drastically reduced capacity and mask requirements (except when eating). There’s nothing wrong with these steps; in that COVID-19 is a disease and those steps generally make it less likely to catch it, they’re helpful.

Unfortunately, that approach ignores the best science about how this particular disease spreads.

While we’re always learning more about this insidious strain of coronavirus, we pretty well understand that it hangs out in the air in places where people are breathing. Some things make it worse, like coughing, laughing or singing; some things mitigate the risk, like airy, well-ventilated spaces.

Movie theaters, however, are the exact sort of place where COVID-19 can easily spread.

With the exception of cinemas with state-of-the-art ventilation systems, most movie theaters are big, sealed boxes without windows or constant airflow. The people in movie theaters don’t quickly pass through as they might in a supermarket; they stay in one place, breathing (and often laughing) for about two hours. And, since popcorn is the lifeblood of the movie theater, most of those people are removing their masks at least long enough to eat and drink.

Whether you sit patrons 6 or 60 feet from one another, the circumstances are bad. A recent AV Club article interviewed experts about whether movie theaters can be safe with case numbers as high as they are now; the answer was a resounding no. One of the doctors interviewed, Dr. Anne W. Rimoin, professor of epidemiology and director of the Center For Global And Immigrant Health at UCLA, described the process of determining COVID-19 risk as analyzing “time, space, people, place.”

“You want to think about the amount of time you’re spending, how socially distant you can be, who you will be around, and what the ventilation is like,” Dr. Rimoin told the AV Club.

Movie theaters fail on all four counts. You’ll be there for too long; you can’t be that distant from others; the people around you will likely be unmasked for some portion of the time, and you have no idea how safe they’ve been elsewhere; and the ventilation is probably poor.

This reality is heartbreaking to me. Few people enjoy the movie theater more than I do, and I’ve been away from them for a longer spell than any other point in my life. Also, I know that the impetus behind this reopening is economic necessity; these places can only stay in business for so long without letting anyone in the door.

Yet it’s foolish to deny that going to the movies isn’t risky. And, contrary to what the petrified denialists will tell you, COVID-19 remains a dreadful, deadly disease we need to work hard to avoid getting and spreading.

Fortunately, there’s a silver lining: Going to an indoor theater remains unnecessary. Twice a week, I’ve been going to a drive-in theater to get my fill of big-screen entertainment. Nearby Dependable Drive-In in Moon Township is one of 10 operational drive-ins within a 50 mile radius of Downtown; most can be reached in under an hour’s drive.

Drive-ins are more affordable than indoor cinemas, offering a double feature for a price equal to or less than a single admission at the multiplex. Most have more robust concession offerings. And all afford you the privacy and distance of your car, in an open-air environment.

They’re a fantastic way to spend the evening. I never understood why people thought of a drive-in trip as more of an undertaking than any other journey to the movies; there’s nothing intimidating about them. If you feel like seeing a movie at any point over the next few months, go to the drive-in. They’ll be glad to have you.

As a matter of fact, as I write this, I’m getting ready to head to the Winter Drive-In (about 55 minutes away, in Wintersville, Ohio) for the evening.

I sincerely hope that my favorite indoor cinemas — which, I should note, have not received the government support they should under the current conditions — survive 2020 and are waiting for me when the virus has calmed. I’ll be back as soon as I can.

To pretend the time is now, however, is simply wrong.

Sean Collier is a contributing editor at Pittsburgh Magazine.