Perspectives: When Science Came Back in Style

Anxious to return to some semblance of normalcy, science is finally beginning to drive our behavior. 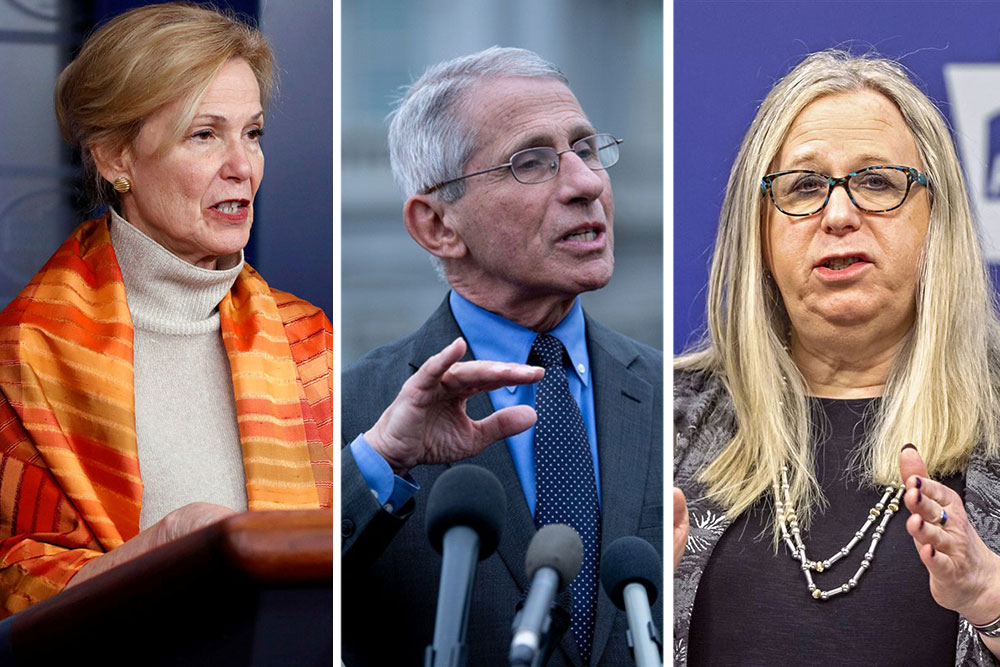 In the early days of the spring outbreak of COVID-19, when our nation first retreated behind closed doors to shelter in place with canned goods and toilet paper, my father and I reached an understanding: We would check in with each other every day until the crisis passed.

It was a practice we had started in the fall of 2018, right after my mother died unexpectedly, leaving him by himself in their Florida home. I wanted to keep tabs on how he was doing — or at least let him know that he wasn’t alone. As he adjusted, those calls tapered down to about once a week; but as we all know by now, the pandemic changed everything.

I was worried that Dad, who has always been an active and social person, would ignore quarantine advice and venture out and about, risking infection at a time when neither my brother nor I could get to him. I thought he might dismiss the growing chorus of public health officials who were sounding the alarm about the crisis. Dad, ever practical, tends to avoid anything that carries a whiff of overreaction.

But his response to the pandemic was surprising: “I know how old I am,” he told me. “And I’m not listening to the politicians on this one. I’ve been watching the doctors. I listen to what they have to say. And I’m staying home.”

And so he did. On sunny, 85-degree days when he would ordinarily be out on a golf course or building something, he stayed home. When he had to venture out for groceries, he wiped down his car, his phone, his credit card. He became well-versed on COVID-19 statistics; he could tell you where it was spreading and how it was mutating. As a retired engineer, he was fascinated with the science.

My father’s response reflected what I have come to think of as a turning point in our culture, one in which science and evidence-based practice is once again becoming a compass that guides our collective thought process. When we were hunkered down and trying to make sense of what was happening around us, we turned, in large part, to doctors and scientists for answers: Anthony Fauci. Rachel Levine. Deborah Birx. We tracked the spread of the virus on the state Department of Health’s website. We shared videos on social media of epidemiologists. We drilled down on strains, mutations, disease modeling, herd immunity. The terms “social distancing” and “flattening the curve” became our mantras. We learned what N95 masks were and what PPE stands for.

When the outbreak began, there were plenty of doubters who used terms such as “hoax” and “media scare,” who thought they could dismiss the virus into submission. For a long time, we’ve been laboring under the delusion that opinions and facts are interchangeable, that science will bend to our will. It’s easy to find a website, a video, an article — however poorly sourced — to back up any opinion under the sun; and so we began to indulge in intellectual shorthand, the kind that fills in knowledge gaps with wishful thinking. But as the cases mounted, we began to understand a fundamental truth: science cannot be wished away. As we wearied of lockdowns and pressures on the economy mounted, Fauci was succinct in his response: “You don’t make the timeline. The virus makes the timeline.”

And we started to listen.

Anxious to return to some semblance of normalcy, science is finally beginning to drive our behavior. We make masks to help healthcare workers. We download software and figure out how to use it to replace group gatherings. We have begun to think before stating opinions as fact.

One of the most frightening aspects of the pandemic has been the realization of how much there is that we do not know. It creates uncertainties, and for many of us, uncertainties breed anxiety and stress; fear of the unknown is powerful.

But scientists are used to working in this space. For them, working beyond the fringes of what is known is typical and an integral part of discovery. That’s why they are the people who will lead us out of this crisis. They know the only guarantee of failure is to stop trying.

And that’s the kind of leadership we should all get behind.

Niki Kapsambelis is a journalist and the 2019 winner of the Carnegie Science Center Award for communication. She is a science writer for Magee-Womens Research Institute and the author of “The Inheritance: A Family on the Front Lines of the Battle Against Alzheimer’s Disease.”

This article appears in the May 2020 issue of Pittsburgh Magazine.
Categories: Collier’s Weekly