Perspectives: What Should Be Pittsburgh’s Theme Song?

West Virginia has “Country Roads.” Why don’t we get an anthem, too? 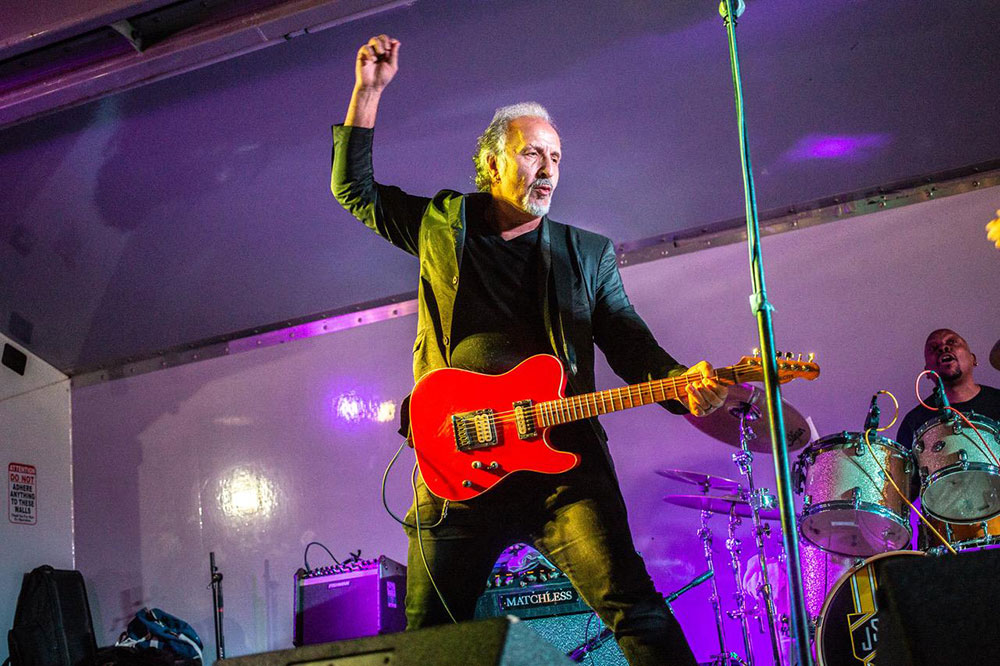 Whenever I pass into West Virginia, I instinctively sing the chorus of “Take Me Home, Country Roads.”

The Mountaineer State anthem is so ingrained in the common perception of West Virginia that it strikes me as a respectful hat-tip to get through at least four lines whenever my tires cross the state line. (Even if I’m just passing through that little strip of the panhandle where West Virginia serves as a five-minute buffer between Pennsylvania and Ohio.)

Officially, the Keystone State has an anthem. It’s called “Pennsylvania,” and it is … identifiably a song and not much else. Perhaps we’ve never settled on the equivalent of a “Country Roads” or a “Georgia On My Mind” because our state cannot be treated as a monolith: Pittsburgh and Philadelphia are very different places, and much of the rest of the state has very little to do with either.

So let’s leave “Pennsylvania, Pennsylvania, mighty is your name” alone for the time being and try to find a civic theme song for Pittsburgh itself. Can we capture the Steel City spirit in a single tune? Here are six nominees.

Wiz Khalifa, “Black and Yellow”
Pros: This is probably the most obvious choice. It’s a big hit, from a proud Pittsburgh native, with a hook that references the city’s colors. It’s known around the world; I remember hearing it as pump-up music during the Sochi Olympics, which is as far from the Mon as you can get without meeting a kangaroo. It also remains a bop.

Cons: Beyond the words “black” and “yellow,” the song contains almost no local references. It’s mainly about how impressive Wiz Khalifa’s belongings are. (“So many rocks up in the watch I can’t tell what the time is” is a solid boast, but won’t get you very far at Primanti’s.) It also loses points by being both less memorable and less Pittsburgh-focused as its own remix.

Jimmy Pol, “Steelers Fight Song” (The Steelers Polka)
Pros: For many people, the Steelers are the first and only thing they know about Pittsburgh, so a team anthem seems like a natural choice. (“Here We Go” will not be considered.) Using a polka number gives a nod to the city’s traditional immigrant communities. And even if you have no connection to the Steel Curtain era or the somewhat antiquated musical style, it’ll get stuck in your head.

Cons: It is a 42-year-old polka song about a football team.

Donnie Iris, “Love Is Like a Rock”
Pros: Among the city’s lineup of legitimate pop stars, Iris somehow sounds more identifiably Pittsburgh than most of the contenders. While “Ah! Leah!” is his bigger (and slightly better) hit, this song feels exactly like a North Shore tailgate. The song’s list of people, institutions and things the listener “can’t depend on” also sounds like a disgruntled and slightly intoxicated patron ranting at a corner bar in the South Side Slopes.

Cons: It’s not actually about Pittsburgh at all. As far as I can tell, the chorus is about the mineral composition of an emotion and the verses are about how most people are not reliable. If a version were recorded about how we can’t trust other cities, though, it would probably be the easy winner.

This WTAE Clip of a Guy Angry About a Fire
Pros: This is the most Pittsburgh thing I’ve ever heard.

Cons: Not a song.

Mac Miller, “Frick Park Market”
Pros: The rapper’s association with Frick Park — this song is from his album “Blue Slide Park,” a Squirrel Hill landmark that has since been renamed in Miller’s honor — is indelible, particularly after his premature death. While his previous single, “Party on Fifth Ave.,” is a bit more of an anthem, if Pittsburgh is going to have a Miller song as its signature, it just feels like it should reflect his beloved neighborhood.

Cons: Few places have theme songs so filled with profanity that you could never, ever play them on the radio. (Admittedly, this also applies to “Black and Yellow,” but Khalifa’s song is slightly easier to edit.)

Joe Grushecky and the Houserockers, “Pumping Iron”
Pros: It’s a steelworking anthem, and there aren’t too many of those. Grushecky’s fusion of the Jersey Shore sound and Southern-rock influences is the closest thing Pittsburgh has to an identifiable localized rock variant. The Houserockers album that gave rise to this was also the rare Pittsburgh record that got rave reviews, with no less an authority as the Village Voice calling it the best rock album in years.

Cons: Again, there’s nothing explicitly Pittsburgh-related in the lyrics — theoretically, this song could be about any place where muscular young steelworkers like to have substance-fueled nights out.