A Pittsburgh playwright grieving the loss of her sister finds solace in strange encounters with wildlife. 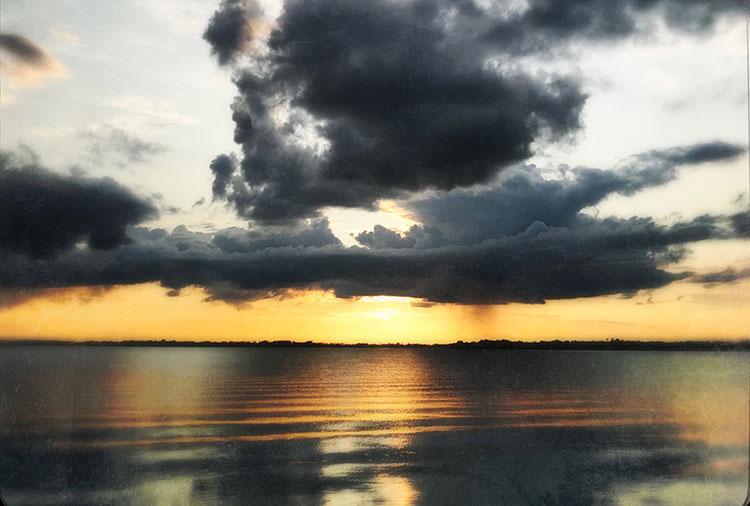 My sister Noreen longed for adventure. When she was young, she dreamed of being an astronaut, but it wasn’t until she was in her late 20s that she quit her job as a secretary in Manhattan to enroll at the Florida Institute of Technology to learn how to fly planes. At the time, I was terrified of flying, so I took the overnight train to Orlando to visit her. She met me at the train station. As we walked to where I thought would be a car, I saw a field where she’d parked her tiny Cessna. Once she got behind the controls, I had no choice but to climb aboard after her. I held my breath as we floated like a leaf on the wind all the way to Melbourne Beach. When we took a pass over the shoreline, she tipped her wings at the people below. “What are you doing!?” I gasped. She laughed and said, “Just saying hello.”

Noreen never became an astronaut, though she stayed in Florida for the next 20 years. Her dreams of flying were grounded by life’s complications, but she never stopped looking for that next great adventure. She was impulsive, impetuous, a little wild. When she was diagnosed with oral cancer at 45, she seemed to take it in stride, marching fearlessly into that battle for seven years through multiple surgeries, rounds of chemo and radiation. She lost her hair. When it grew back, she cut it off again to scatter in her yard so birds could make a nest with it. Then, an experimental surgery on her tongue led to infection, and she was gone.

She believed she was going to go back to nature, to become something greater than herself.

We didn’t have a funeral. My siblings and I live scattered across the country, and it was too much for my grieving parents to arrange. Besides, Noreen never wanted any fuss. “Throw me in the garbage,” she’d once said. She believed she was going to go back to nature, to become something greater than herself. Six months later, we put together a weeklong reunion of all five remaining siblings, our children and our parents on Melbourne Beach, culminating with a memorial to our sister. 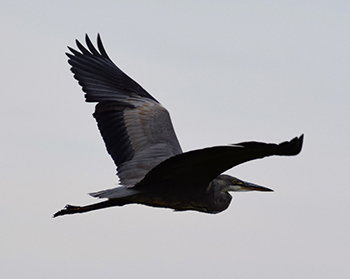 The strange encounters with wildlife began with a great blue heron. On my first morning on the beach, the heron walked towards me, stopped as if to say hello, then continued on. That afternoon at dusk, it returned, paused again, and once again moved on. The next morning, as my brother and I sat on the beach, the bird returned, parking itself just over our shoulders as if to listen to our conversation. The third day, and every day for the rest of the week, the heron was around, watching from the corner of its eye.

This part of Melbourne Beach was a sea turtle sanctuary, and once, while walking at dusk, I saw something flopping at the water’s edge. I watched as a tiny sea turtle struggled out of the sand to make it to the water, until it finally caught the surf and swam fearlessly into open water. On our last day, a sea bird I didn’t recognize flew parallel to the beach, stopped where I stood and dived towards the water, only to figure-eight back up again, as if tipping its wings at me before flying away into the sun.

After that week, we returned to our separate parts of the country. I began to do what I usually do after an intense interaction with family: attempt to turn the experience into fiction. I struggled with my grief while I struggled with my play, which I called “Hurricane Colleen;” it follows two sisters who rent a beach house to scatter their third sister’s ashes and are trapped when a hurricane hits, bringing with it strange encounters of wildlife. On the morning I typed END OF PLAY, two years to the week of my sister’s memorial, I shut my laptop, had a good cry, then grabbed my younger daughter to go kayaking on the Allegheny River. The river was beautiful at mid-afternoon and alive with wildlife. We found five river turtles sleeping on a log sticking out near the shore. As we paddled over to them, they jumped one by one into the water. When I turned to look over my shoulder, a great blue heron swooped towards us, tipping its giant wings seemingly to say hello, before disappearing into the trees at the river’s edge.

Tammy Ryan is a playwright living in Pittsburgh. “Hurricane Colleen” will be given a staged reading as part of the Ignite Festival at the Repertory Theater of St. Louis in March.

This article appears in the February 2018 issue of Pittsburgh Magazine.
Categories: Collier’s Weekly, From the Magazine