Perspectives: ‘This Is Us’ Is a Story of Us

A former Pittsburgher finds more than a few similarities between his own life and that of the siblings on "This Is Us." 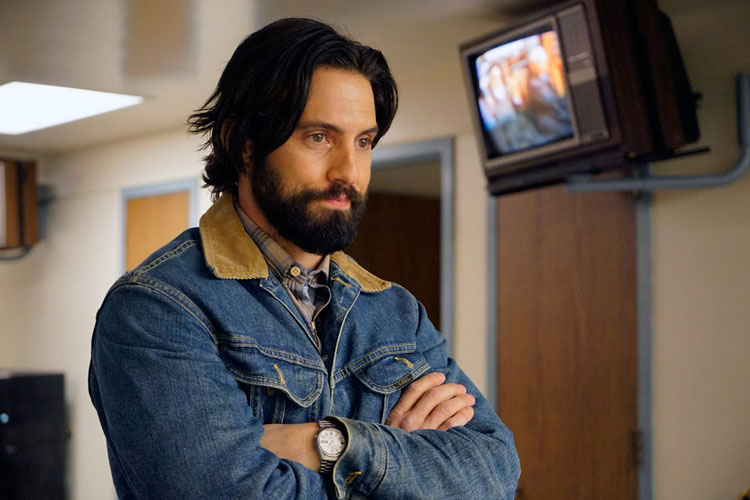 Three kids, two boys and one girl. Hailing from Pittsburgh. Avid Steeler fans. A father, named Jack, revered like a saint, who died of a heart attack on a Sunday in January when the two boys and the girl were teenagers. A mother who got remarried to a great stepdad. The father’s death ripped the family apart, never to be the same.

Such is the plot of “This Is Us,” NBC’s hit show set in Pittsburgh. But for my family, “This is Us” is just like us, and the series strikes a nerve as more similarities to my family are peeled back each week with the latest fictional Pearson family revelation.

I first learned of the show on Facebook from my Pittsburgh friends, who took pride in the show’s roots. The first episode, featuring the “Terrible Towel,” and the fact that the father was a likeable guy named Jack, just like mine, drew me in.

For better or worse, I was hooked. And I enjoyed it, despite the memories it brought back.

Then came the episode where son Kevin, now an adult, begins therapy and starts to deal with his father’s death. It wasn’t until then that the impact of his Jack’s death caused the ripple effects of my father’s death to roar back — like Three Rivers Stadium on a blustery Sunday of yesteryear.

Jan. 16, 1977, brought sub-zero temperatures and heavy snow. But it would not deter my dad from taking the five of us to noon Mass at St. Theresa of Avila in the North Hills. My dad was one of the first lay ministers of the Eucharist in the Pittsburgh Catholic diocese, and for good reason. Dad was without question the most humble, kind, gentle and revered man I knew, and those who knew him said the same.

We piled into the car, a 1963 Chevy Impala that we inherited from my great-grandparents. Dad started the car and put it in reverse, but it didn’t move. Thinking it was the snow, he grabbed a shovel, despite my mother’s protests, and the rest of us headed back inside. Several minutes later, I heard my mother let out a painful, piercing shriek. My brother, sister and I ran to the window only to witness our dad lying half way between the street and the driveway.

Without thinking, without a coat, without shoes, I ran outside to my dad. I jumped on top of his body. I looked into his eyes and saw them roll into the back of his head as he succumbed to a massive heart attack. I told him that I loved him. I desperately want to believe that my dad heard me.

This scene, this day, when I was just 12 years old, etched so deeply, yet never fully resolved. Then almost without warning, it resurfaced with a vengeance nearly 40 years later. Memories had lay dormant on a distant driveway until the winter of 2015 when a rapid confluence of events spun me into the abyss of destruction: Losing three loved ones, unbearable pressures at work and turning 50 with the doom of dying. I had lived my whole life certain that I would die at 50, like my dad, and with the tormenting guilt of not doing more to save him in that driveway on that horrid Sunday. It was all too much.

I crumbled into the arms of my therapist, violently crying as he endlessly questioned me. Then, he started prodding around that untouchable black Sunday, quickly getting to the root of a problem that would take nearly a year to unspool.

The intense battle with depression has been the worst thing, besides my dad’s death, that has ever happened, with the same feelings of desperation, hopelessness, loneliness, fear and overwhelming sadness. Life seemed as though it went from happiness to darkness in a blink of an eye, and then stayed dark through all of the uncertainty that existed, and all of the hopelessness that filled that little boy’s heart for decades. I had to learn to pause and reflect profoundly on the traumatic loss of my St. Jack and all that it meant and all that it affected as the boy grew into a man.

Finally, through lots of therapy, I reemerged. I now have an amazing job, am an adjunct professor at a New York City college, and I have love and possibilities surrounding me. And the guilt is gone, and I will live.

Our family, like the Pearsons, still lives with our dad Jack’s death. But the experience of our Jacks’ deaths have to be dealt with. Our Jacks would want us to move on. This January, 41 years later, I did not hide at home or take a mournful trek to noon Mass on the anniversary of my dad’s death. Instead, I chose to celebrate his life and the life he gave me and his name that I carry. Jack would be proud of that — for all of us.

John Casey is global head of public and media relations for worldwide digital consultancy SapientRazorfish. The Pittsburgh native is also an adjunct professor of digital business transformation at Wagner College in New York City, and the author of the upcoming book “Spin Stop: Life of a PR Guy.”

This article appears in the April 2018 issue of Pittsburgh Magazine.
Categories: Collier’s Weekly, From the Magazine