As COVID-19 restrictions relax, a shark tale provides a reminder: This is no time to abandon an effective strategy. 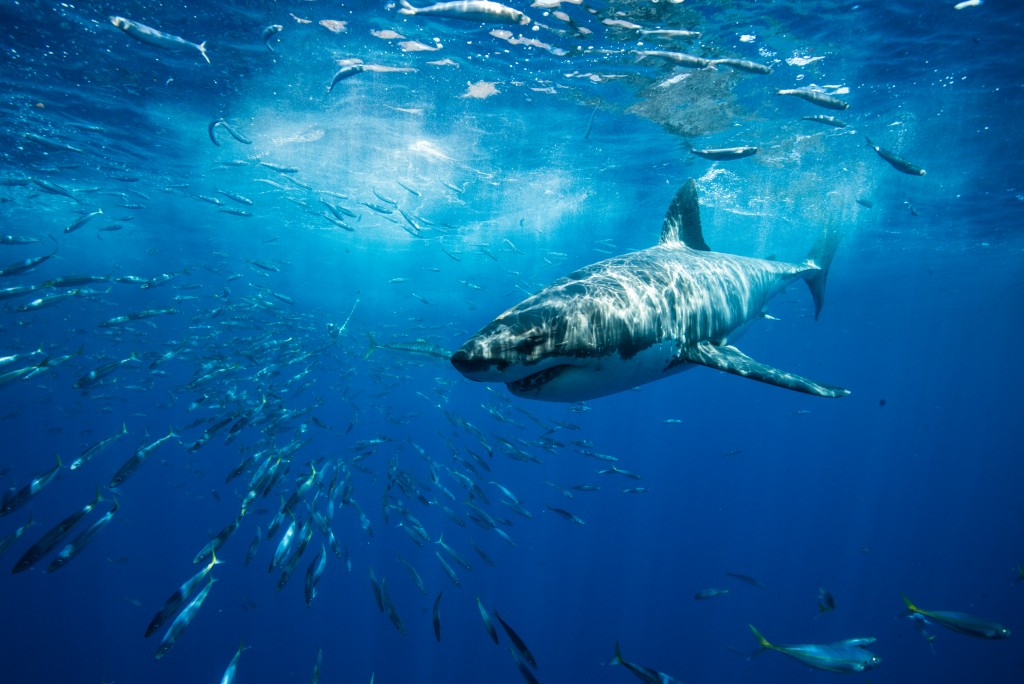 I read “Jaws” this week. While the iconic film has long been one of my favorites, I had never sat down with its source material, a gripping, pulpy novel by Peter Benchley.

The story has emerged as a sturdy metaphor for the official response to the COVID-19 pandemic. After the first victim, a skinny-dipping free spirit, is devoured, Police Chief Martin Brody immediately moves to close the beaches and avoid further attacks. Mayor Larry Vaughn, knowing that deterring swimmers in the height of summer will mean economic devastation for the town of Amity, insists that the people can be protected while keeping the money flowing.

The analogy doesn’t need much explaining. Play it safe and remove the threat, or take some risks to preserve the economy.

In reference to the film “Jaws,” the COVID-19 parallel is usually drawn to illustrate what happens when reckless decisions are made for economic reasons: The shark eats more people and the town is in even worse financial shape than it would’ve been with the beaches closed. In the midst of an unprecedented threat, trying to preserve the economy now can mean destroying it later.

In the book, however, I was struck by a different parallel.

On the page, the shark has killed several more people by the time we reach the pivotal decision — and Brody does close the beaches for a few days. During that time, shark patrols scan the water for a sign of the great fish, finding none. After several shark-free mornings — and with the pivotal Independence Day weekend looming — the characters gather to discuss the possibility of reopening the beaches.

The mayor, obviously, is for it. “It’s a calculated risk, but I think — we think — it’s worth taking,” he tells Brody.

Matt Hooper, the oceanographer who has been dispatched to Amity, points out, “Nobody’s seen the fish in a week.”

Brody replies: “Nobody’s been in the water, either.”

The gambit that the town takes is an assumption: Because we haven’t seen the shark, it must be gone. Brody, of course, is right; the only reason no one has seen the great white is because there haven’t been any swimmers for it to eat. The minute they wade into the water, the shark returns for another meal.

What they were doing was working — and then they stopped doing it.

Late last week, an announcement was made that several of Allegheny County’s COVID-19 restrictions were being lifted. In a few areas, the county’s guidelines were more stringent than those imposed by the Commonwealth; the change brings Pittsburgh and its surrounding environs more in line with the state rules (which themselves are currently being challenged legally, but that’s another topic).

The daily number of cases in Allegheny County has dropped considerably from its mid-summer peak; while we’re not nearly at the low level we reached before the mid-summer explosion of cases linked to the previous loosening of restrictions, numbers have been relatively mild and stable for some time.

For that, we have a number of factors to thank — widespread mask usage chief among them. Undoubtedly, though, restrictions on in-person gatherings and indoor dining and entertainment were playing a large role in keeping our case numbers in check.

In other words: What we were doing was working. And now, we’re going to stop doing it.

The numbers aren’t down because COVID-19 has left town, or is petering out. That’s not how viruses work. As long as there are people to infect — and as long as we’re in the absence of a vaccine — the virus will remain a threat. The numbers will rise and fall based on our decisions and diligence.

At this moment, the disease cannot be stopped.

Just like the decision makers in Amity, we’ve assumed that the effectiveness of our strategy has rendered it no longer necessary. And just like the unfortunate Mayor Vaughn, we are going to swiftly learn that it’s unwise to abandon an effective strategy. The numbers are low because of the restrictions. Without them, they’ll rise.

Contrary to what the increasingly desperate deniers of reality will tell you, this is a deadly, devastating, highly infectious virus. It has already claimed more than 200,000 lives in this country alone, and its rampage is far from over. No matter how weary of it we become — whether we miss a bygone standard of normality or not — it has not gone anywhere. Nothing has changed.

As more and more restrictions are lifted, it’s on us, individually, to continue behaving as responsibly as possible. Every day, we will have the option of returning to high-risk behaviors — crowded places, indoor activities and, worst of all, taking off that mask. We have to continue doing the smart thing, whether or not we are legally required to do it. Do not mistake the disappearance of the “Beaches Closed” signs as assurance that there is no shark in the water; the shark is still down there.

We get to choose whether or not we’re going to swim with it.