Perspectives: The Perfect Double-Features for Pittsburghers

Looking to program your own night of throwback entertainment? Consider these lineups to affirm your inner yinzer. 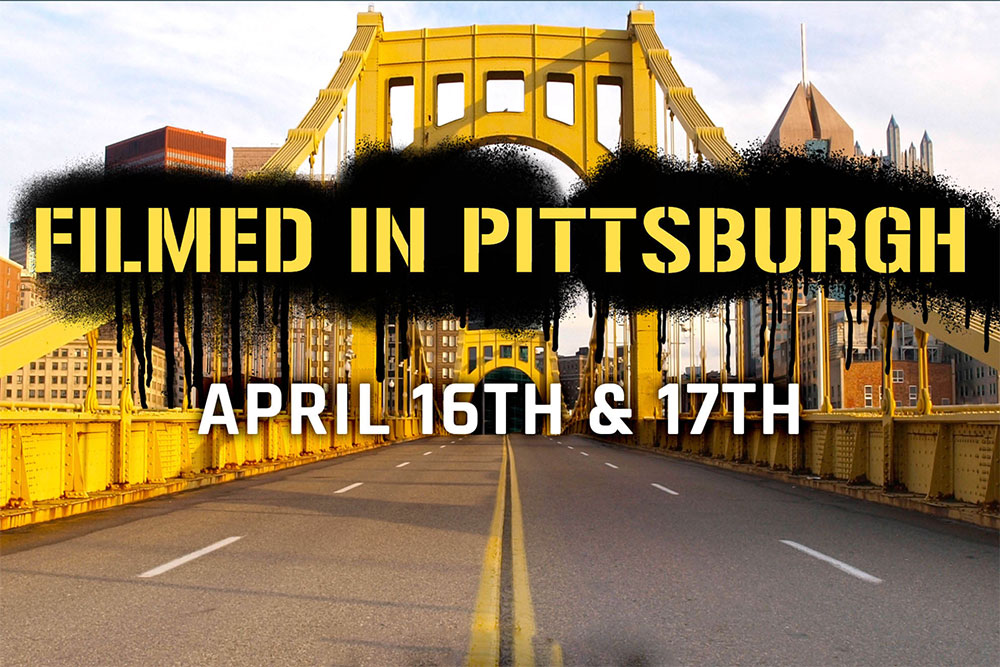 Last week, the folks at Rivers of Steel announced the lineup for this year’s Carrie Carpool Cinema movie nights. The sophomore season for the event, which features themed flicks projected onto a massive wall in the shadow of the historic Carrie Furnace, is another thoughtful and varied collection of films.

Of course, there’s plenty of local flavor in the lineup. The season begins on April 16 and 17 with a Filmed in Pittsburgh weekend, when homegrown Hollywood hits “Fences” and “The Dark Knight Rises” will be paired with short films by legendary local filmmaker Tony Buba.

There are more nods to the city sprinkled throughout, including a rare public showing of “The Bingo Long Traveling All-Stars and Motor Kings,” the 1976 comedy about Negro Leagues misfits; it’s an appropriate choice, given Carrie Furnace’s proximity to the fabled stomping grounds of the Homestead Grays.

Inspired by the Carrie Carpool Cinema choices, I thought about some other double features — some locally made, some not. 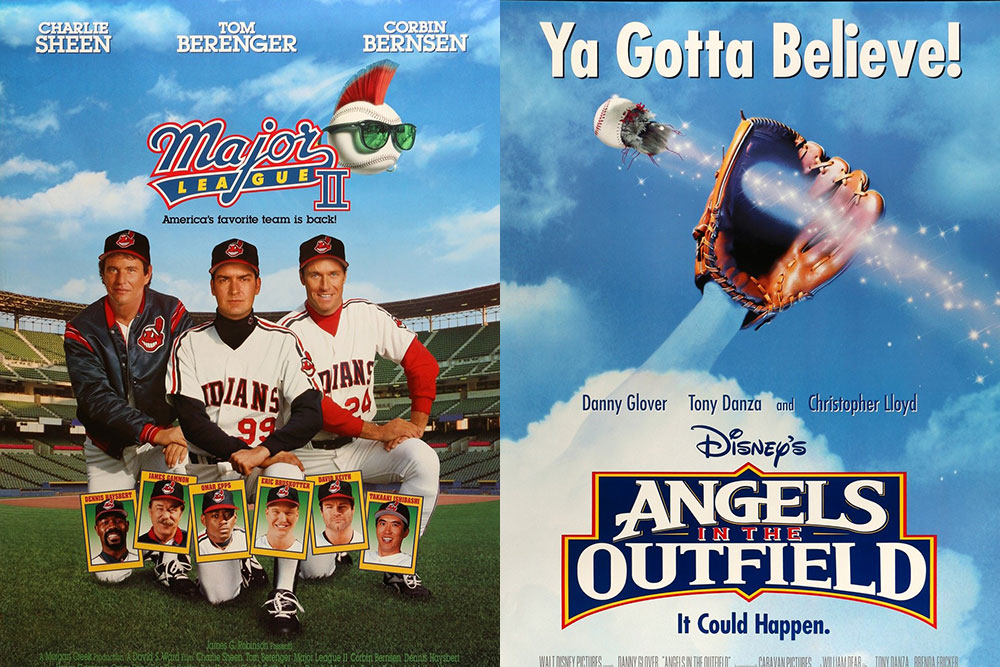 Hope Springs Eternal (Just Not Here): “Major League” (1989) and “Angels in the Outfield” (1994)
Many of the best baseball movies are about hardscrabble clubs clawing their way into diamond domination with grit and luck. The anything-is-possible spirit of April baseball asks us to imagine that any club, regardless of payroll or pedigree, might make a miracle run at the World Series — a story never more hilariously depicted than in the raunchy 1989 hit “Major League.”

Meanwhile, the family-friendly remake of “Angels in the Outfield,” which received its world premiere at Three Rivers Stadium, imagines heavenly intervention in a similarly hard-luck team. Why pick movies featuring Cleveland and Anaheim? Why not find the Pittsburgh Pirates on the big screen, such as in the original version of “Angels” from 1951? Because we shouldn’t get too excited; any insinuation that the 2021 Pittsburgh Pirates have reason to hope would just be too far-fetched.

This One’s Obvious: “Pittsburgh” (1942) and “Pittsburgh” (2006)
Admittedly, I haven’t yet sat down with either of the two feature films simply titled “Pittsburgh,” but there’s no time like the present. The older film, a drama about a ruthless coal miner turned steel baron, starred the unlikely trio of Marlene Dietrich, John Wayne and longtime Three Stooges member Shemp Howard (in a non-comedic role); the subject matter and the unexpected assemblage of talent makes me want to hunt down a DVD.

Meanwhile, the 21st-century “Pittsburgh” is a mockumentary about Jeff Goldblum, playing himself, starring in a Downtown production of “The Music Man.” The filming of the little-seen movie involved a brief, actual run of “The Music Man” at the Benedum with Goldblum playing Harold Hill. I forget who told me this anecdote, but I once spoke with someone who swears that, during filming, he approached the Benedum men’s room at the same time as Goldblum. The actor looked at him and said, “Listen, I don’t want to do this while we’re at the urinals, so hello, I’m Jeff Goldblum.” 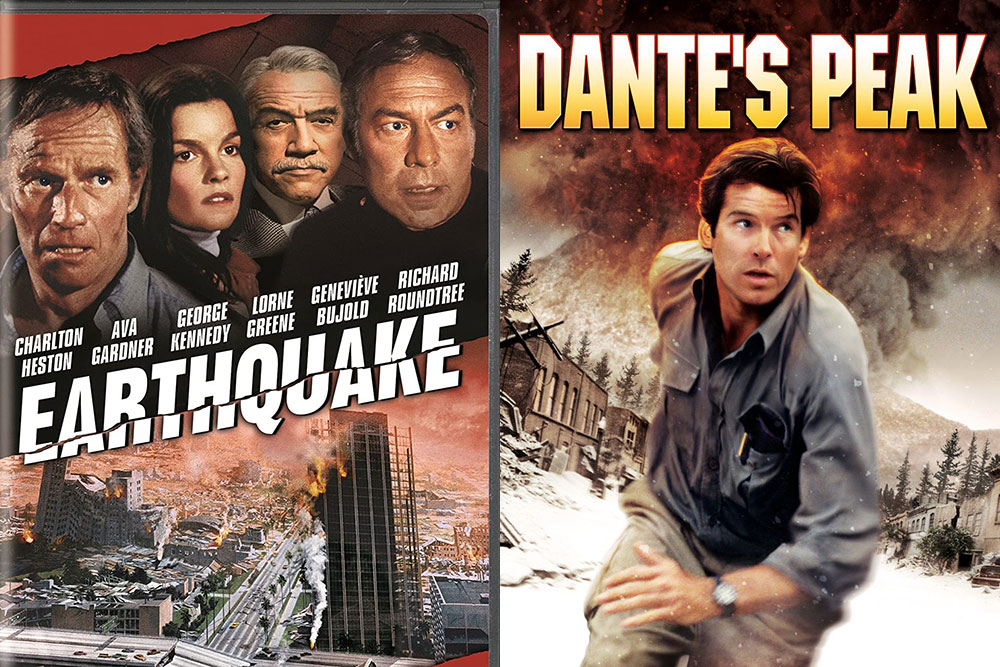 Bad Weather We’re Unlikely to Encounter: “Earthquake” (1974) and “Dante’s Peak” (1997)
Who says we get bad weather around these parts? Sure, the Arts Festival usually has to contend with rain, and February is one big broken Slushie machine, but it could be a lot worse. Remind yourself of the calamities we don’t have to deal with by revisiting landmark (if somewhat hokey) ’70s disaster flick “Earthquake,” and the best volcanic-eruption drama of the ’90s disaster revival, “Dante’s Peak,” with Pierce Brosnan and Linda Hamilton. (Apologies to fans of 1997’s similar but slightly inferior “Volcano.”)

Yes, He Did Make Zombie-Free Movies: “Knightriders” (1981)
The filmography of groundbreaking director George A. Romero does, admittedly, consist mainly of zombie and zombie-adjacent content. But beyond the living dead — be it Night, Dawn, Day or Night again (see below) — are a handful of more idiosyncratic efforts. Perhaps the oddest of the lot is 1981’s “Knightriders,” a fable about a traveling troupe of motorcycle-riding renaissance faire performers. (They don’t just ride the bikes to the faire; they use them in the many jousting scenes!) Why is this entry not a double feature? Because, shockingly, “Knightriders” is nearly two and a half hours long. I’ve seen it, and I couldn’t tell you why.

Get Well Soon, Tom: “Night of the Living Dead” (1990) and “From Dusk ’Til Dawn” (1996)
Speaking of Romero, keep one of his most notable collaborators in your thoughts. Filmmaker and special-effects legend Tom Savini reported on Instagram that he was hit by a car while riding his bicycle last week. He seems to be recuperating well; in the meantime, schedule yourself a Savini double feature.

The Pittsburgh native and Bloomfield resident directed the 1990 remake of Romero’s “Night of the Living Dead,” featuring the excellent Tony Todd — best known for the horror movie “Candyman” — in the lead role. Later in the decade, Savini played a supporting role in the vampire western “From Dusk ’Til Dawn,” turning up in a rough bar with, umm, a very unique armament.

Underappreciated Pittsburgh Flicks: “The Next Three Days” (2010) and “Out of the Furnace” (2011)
To conclude, let’s revisit two fairly recent, Pittsburgh-set movies that didn’t find the audiences they deserved. “The Next Three Days,” a jailbreak thriller starring Russell Crowe and Elizabeth Banks, follows a husband’s desperate effort to spring his wrongfully convicted wife from Allegheny County Jail. The film is packed with local landmarks and geography — you’ll cringe when you realize an escape plan involves relying on 28 North — and features a grizzly Liam Neeson muttering the words, “Pittsburgh’s tough.” The following year, the drama “Out of the Furnace” set a search for justice in the shadow of Pittsburgh’s steel mills. Neither film cracked $25 million at the box office, and while they were probably more widely viewed in these parts, you may have missed one or both; correct the oversight immediately.