Perspectives: The Map is Not the Territory

A journey to the Rockies teaches a Pittsburgh journalist that taking the road less traveled is perfectly acceptable and often more desirable. 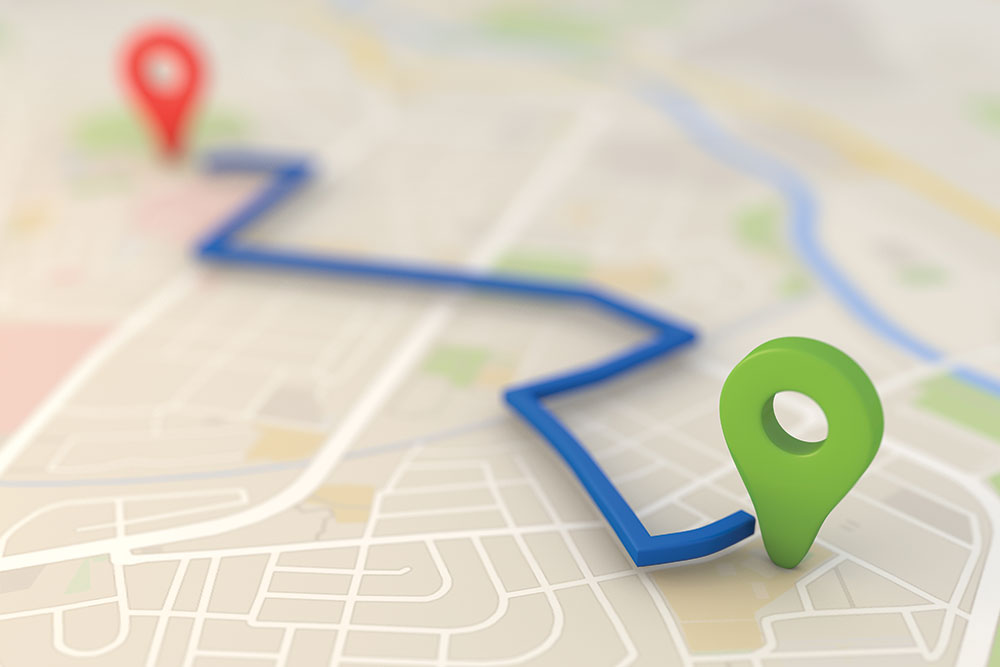 A few weeks ago, my wife and I were cruising across Iowa, en route to visit our eldest daughter, a wildland firefighter in the Colorado Rockies. We diverted northwest through the small city of Norfolk, Neb., (birthplace of Thurl Ravenscroft, voice of Tony the Tiger, and hometown of Johnny Carson, for whom the main drag is named) to bike the spectacular Cowboy Trail, a worthy rival to the Great Allegheny Passage.

Despite their rap as “flyover states,” Iowa and Nebraska are quite pretty once you get off the interstate.  Work, bills, truck-crammed highways and the Mississippi River were behind us. Ahead were wide-open, two-lane roads through farmland and occasional hamlets (where we might be encouraged to slow from 70 mph to 65 for a few hundred yards), national grasslands, weird roadside attractions and other surprises. We were primed to take our time.

Alas, not on Siri’s watch.

I rarely bothered with my iPhone’s map app before buying a car with a view screen as big as all outdoors. Now, it seemed too easy not to use: Pick a destination, set the cruise control, glide forth. Sure, and while I’m at it, why not trade our gas money for magic beans?

In Siri’s world, her way is the highway. She wasn’t having any of this inefficient “scenic byway” business.  It didn’t matter how I set the app — avoid highways, avoid toll roads, avoid cops (OK, there’s no such setting) — Siri hectored me relentlessly south towards I-80, at one point abruptly barking at me to yaw, “Dukes of Hazzard”-style at 70 mph, onto a dirt lane that would connect me to a spiderweb of unnamed county roads that would deposit us on, you guessed it, I-80.

Turns out I’m no Luke Duke and my Honda crossover ain’t the General Lee. Like a Pirates infielder handcuffed by an in-between hop, I froze, roused into action only by the gentle implorations from my wife, Gina: “Yo! What are you doing?! You can’t turn here! That’s not even a road!”

I fell in love with maps as a kid. My Dad belonged to AAA, and our house was full of state maps, old TripTiks and a comically outdated volume of the Rand McNally Atlas of the 48 United States. I’d trace my fingers along red and blue lines and imagine what wonders awaited in intriguingly named places such as Oshkosh, Wis., Blue Earth, Minn., Tucumcari, N.M.

As I figuratively fought Siri for the wheel — her come-hither Nicole Kidman-esque voice growing alluringly firm — I cursed myself for not looking at one of the dozen actual AAA maps in the glovebox before starting out so that I at least had a mental image of where I was and where I was going. It’s a classic trope of science fiction, I ranted to Gina: the foolish mortal who yields all control to the machine, like a “Star Trek” episode where the Enterprise’s computer goes rogue and tells Captain Kirk to sit down and shut up — she’ll do the driving. (Spock-like, Gina arched an eyebrow as she extricated her fingernails from the dashboard. “Fascinating.”)

In the 1930s, semiotician Alfred Korzybski coined the phrase, “the map is not the territory,” to illustrate how our expectations of impending experience are generated not by reality, but by pictures in our heads of reality. Wildly imperfect as they are, those pictures are generated by us, drawn from an amalgam of sources — conversations, books, photographs, movies, etc.

The map imposed upon us by Siri is utterly foreign to our own humanity, a rigid amalgam of GPS coordinates and heartless algorithms.  Siri, a machine, mensurates. Like the Terminator in unswerving, remorseless pursuit of Sarah Connor, it is incapable of curiosity, sentiment or spontaneity.

We humans think. We change our minds, we get distracted, we pull off the road to inspect the gigantic prairie dog statue outside Badlands National Park; we stop to pee.  Serendipitously, at a stopover in Wyoming, as I scrolled through headlines, I paused on this one: “Ditch the GPS: It’s Ruining Your Brain.”

Mike Dillon is an award-winning journalist whose work has appeared in New York Newsday, the San Francisco Examiner, Primo Magazine, CNN.com and the Pittsburgh Post-Gazette. He is a professor and former chair of the Media Department at Duquesne University.