Perspectives: Some Remarkable Things about Where the Pens’ Draft Picks Call Home

Did you know one of them is from his country’s happiest town? 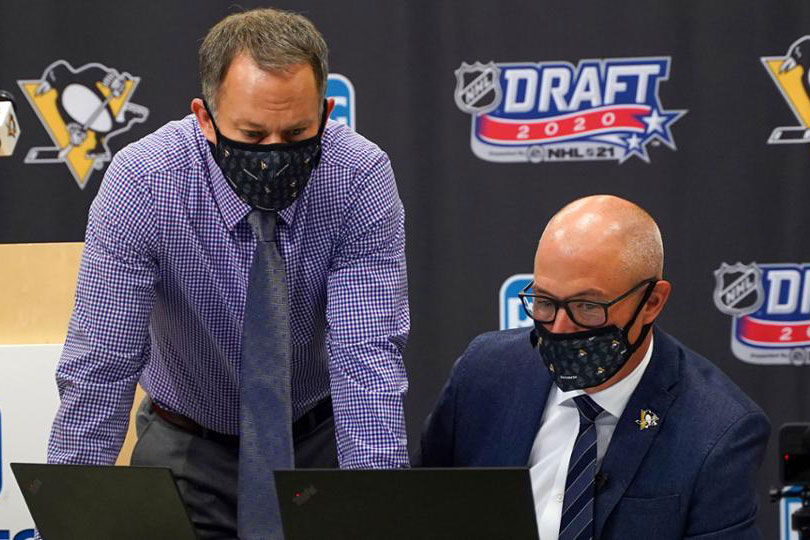 Hot on the heels of the Stanley Cup’s hoisting inside the NHL’s chilly bubble, the league began its annual draft, selecting top prospects from around the world. During a dramatic draft, which included the departure of Cup-winning goalie Matt Murray, the Pittsburgh Penguins made five picks: Two goaltenders and a trio of forwards.

I’m not here to tell you about them.

Their records and achievements are readily available, and I’m certainly no hockey expert. The question that sprung to mind as I skimmed the list of draftees was more geographic: So where, exactly, are these new Pittsburghers coming from?

Just across the Gulf of Bothnia from Sweden, Uusikaarlepyy — widely known by its Swedish name, Nykarleby — is a small town with a long history, established in 1620. “The people of Nykarleby love the ocean and the nature,” the town’s website claims, recommending visits to historic summer cafes including Brostugan and Tullmagasinet. Visitors should also schedule a stop at the town’s water tower — which also has a summer cafe — for a panoramic seaside view.

This isn’t quite the information I’m looking for, however. While I’d be happy for the chance, I doubt I will ever get the chance to visit Nykarleby/Uusikaarlepyy; while I can note that if given the chance I should visit Pub FAF and get the FAF Dog (with Root Veggie Fries), that doesn’t give me a sense of the place.

Here’s a better summation, from a 2012 Helsinki Times article. “The charming town of Nykarleby (Uusikaarlepyy), located at the mouth of the Lapua River in the province of Western Finland, is known as the happiest town in the country. With its population of 7,513, Nykarleby ensures that its residents have a tranquil stay in the town, without suffering from noise made by careless neighbours.”

See? That’s what I’m looking for. Now I know that Joel Blomqvist is from the happiest town in Finland, a place where the neighbors are careful and quiet.

Cross the aforementioned Gulf of Bothnia and travel about 300 miles south to arrive at Olofström, Sweden, the hometown of Blomqvist’s fellow draft pick, goaltender Calle Clang. Located not far from the Danish border — Olofström is far closer to Copenhagen than it is to Stockholm — the city is home to a longstanding Volvo manufacturing plant as well as a proud cultural and literary tradition, the latter of which is celebrated during the annual Nässelfrossan festival.

Also, this: “The 6th floor of the Empire State Building is built with granite from Olofström.” Will they tell you that if you go to Manhattan and take a tour? I can safely bet they will not.

The Pens’ third draft pick, forward Lukas Svejkovsky, is American, born in Tampa Bay but raised in Point Roberts, Washington. Don’t mistake Point Roberts for an anonymous small town, however; it’s one of the most remarkable geographic oddities on the map, a tiny sliver of the United States that can only be accessed by driving through Canada for 40 minutes.

Point Roberts sits on the Tsawwassen Peninsula, a tiny outcropping south of Vancouver. The town sits below the 49th parallel, making it (for a few miles, anyway) officially a part of the United States. While there are some businesses and about 1,200 residents, most services — including education for all students above the third-grade level — are found in Blaine, Washington. It’s a 40-minute drive from Point Roberts; it also requires passing into Canada, then back into the United States.

In other words, high school students in Point Roberts get up early, get on a bus, leave the country and re-enter it before they arrive at school.

Investigating the origins of the Penguins’ fourth and fifth 2020 draft picks is much easier and less illuminating; forward Raivis Ansons is from the thriving Latvian capital of Riga, while Chase Yoder hails from Fairview, a suburb of Dallas. (It is mildly remarkable that any child in Texas chooses to play hockey, but other than that, not much to report.) Yet whether they hail from the sprawling cityscape north of Plano, the mouth of the Lapua river or the absolute last sliver of America, these young skaters are now Pittsburghers as well.

In other words, we’re going to have to explain the fries-on-salad thing to each and every one of them.