Perspectives: It’s Time To Get Serious With Vaccine Deniers

We’ve got COVID-19 on the ropes. If we’re going to knock it out, we have to stop letting people pretend there’s something scary about vaccines. 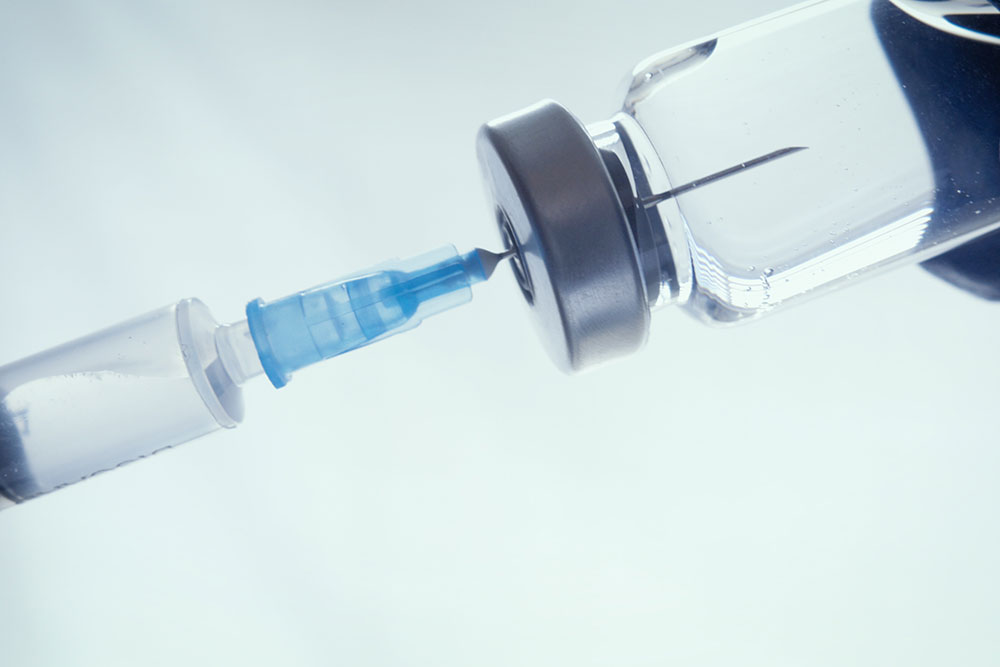 I found myself in an odd position this week. For the first time in a full year, I was feeling optimistic about the pandemic.

Cases and deaths are still at a stunningly high level, especially compared to the numbers through much of 2020. For the first time, however, the trends are plummeting downward.

A small but growing share of the population has been vaccinated, preventing millions of potential vectors for transmission. It’s starting to look unlikely, if not impossible, that individuals can be quickly re-infected with COVID-19, meaning that the vast majority of those who have recovered from the disease also have a degree of protection. And, significantly, much of the country is snowed in, encouraging social distancing even in those who have been reluctant to embrace it.

I personally know people who have been vaccinated, and each day brings us a bit closer to the point where inoculations will be available to the general population. While it’s not yet time to meaningfully change our behavior, there is absolutely light visible at the end of the tunnel, and that’s new. Some people, who have proven remarkably skillful at burying their heads in the sand even when there is no actual sand, might have convinced themselves we were out of the woods a while ago; a long, hard winter proved them wrong.

This time, though, it feels real. We might get through this thing, sometime soon.

Unless, of course, people won’t get vaccinated.

Widespread herd immunity, achieved through vaccination, is our only shot at actually knocking out COVID-19; anything short of that may keep the disease on the ropes, but will not vanquish it to a degree that life (and business) can return to normal. For us to truly move on, nearly everyone in the world needs to receive a vaccine. In the long term, that shouldn’t be a problem; in a global economy, the logistics of producing enough shots to inoculate the planet may be time-consuming, but they’re not insurmountable.

The only thing that can stop them is the preposterous, indefensible notion that there’s something scary about vaccines.

Even in the generally ridiculous realm of pseudoscience, a lack of faith in vaccines is particularly stupid. There is not now, nor has there ever been, any meaningful evidence that vaccination poses risks to the vaccinated; in fact, vaccines may be more responsible than any other single factor in extending human life expectancy. Without vaccines, there would be a lot fewer people in the world, and many would have a much worse quality of life.

The bizarre origins of the anti-vaccine movement have been well documented elsewhere. That extensive analysis is, in fact, part of the problem; ever since a few (fully disavowed and scientifically bankrupt) suggestions linked vaccines with bad outcomes in the 1990s, the media has frequently reported on the spread of the anti-vaccination movement with a mix of confusion and alarm. While the majority of coverage this threadbare movement has received was appropriately negative, the attention paid to it in the years before COVID-19 may have had the unintentional effect of drawing more attention to the idea. To some degree, years of loudly saying “There’s no reason to doubt vaccines” may have made some people doubt vaccines.

Much more qualified sources can figure out how the idea spread, and hopefully prevent similar nonsense from taking root in the future. In the short term, though, there is only one imperative: Convincing those around us that, whatever their misgivings, they should put their anxieties aside and get a vaccine.

The idea of not getting a vaccine in this specific instance rises from bizarre decision to undeniable self-harm. We don’t need to further document that COVID-19 is a deadly, devastating disease; choosing not to protect yourself against it, for reasons that have no basis in reality, is a self-destructive act. We should treat a friend or family member who says they won’t be getting vaccinated as we would treat a loved one who says they’re planning to dabble in hard drugs or starve themselves for a month in pursuit of a lean figure.

In other words: A loved one who says they’re not going to get vaccinated is doing harm to themselves. React accordingly. Intervene.

Often, we give a concerning glance and a gentle push to loved ones following a negative course of action; out of a mix of politeness and grace, we’re loath to directly confront those to whom we’re closest. That can often be the right decision; no one likes to be lectured, after all. This, however, is not the time for that. A meaningful percentage of the population is loudly declaring they’re going to endanger their own health, and that of everyone around them, based on nothing. It is time to be firm.

Vaccines, including the COVID-19 vaccine, are entirely safe. There is nothing dangerous about them, and no ulterior motive to them. Distrust is a difficult thing to combat, and there’s often no use in providing evidence to those disinclined to believe (though here is some, just in case). It will be difficult to insist that our loved ones are simply wrong — and it may strain or temporarily disrupt some relationships.

But the stakes are too high for anything else. If a friend or family member tells you they won’t get the vaccine when it’s their turn, tell them in no uncertain terms that you will not see or speak to them until they do. Tell them that their mistrust is based on rumor, not evidence, and the vaccine is safe.

Don’t engage with misinformation, if they present it. It’s long past time to stop framing vaccine doubt as a debate; it’s not. It is the truth on one side, and a bizarre, dangerous lie on the other.

Not every misguided line of thinking should be coddled. Some should simply be stamped out and labeled as the lies they are. Let now be the time for this one.