For a little while, try using your social media accounts exclusively for good. 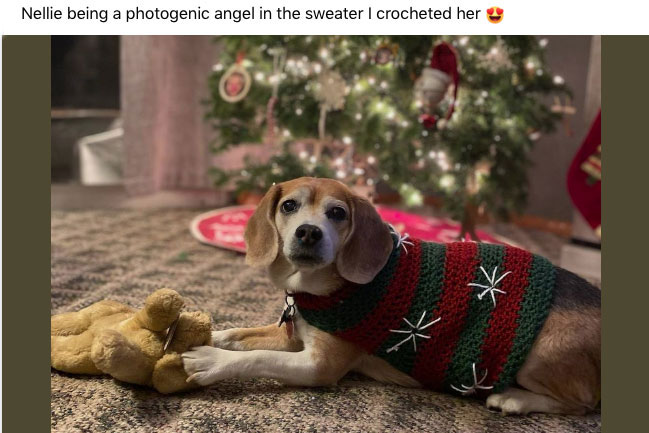 A couple of years ago, on a lark, I launched a massive, bracket-style poll to determine the best Disney song.

OK, it was a weird lark.

The origin of it, I suppose, was my ongoing conviction that “Under the Sea” is clearly the best of the lot. (Honestly, it might be “Let It Go,” but that song’s ubiquity has made it impossible to judge.) Anyway, I decided to craft March Madness-esque matchups, seed the most likely contenders — from obvious hits such as “A Whole New World” to deep underdogs, including temporary bracket-buster “I’ll Make a Man Out of You,” from “Mulan” — and survey my Facebook friends.

I was stunned by the results. Each matchup received hundreds of distinct votes, and friendly debates in the comment section would endure for days. Friends told me they were eagerly checking Facebook each morning for the new poll, hoping to vote early and make an impassioned case. In a few cases, folks I’ve known at various points in life — living far removed from one another — connected and became friends over the tournament.

At some point in the month-plus I was administering this survey, a thought occurred to me: This is what Facebook is actually for.

It’s been a particularly ugly year in the routinely ugly world of social media. As I write this, dangerous misinformation about the COVID-19 pandemic, and the lifesaving vaccine that will one day stop it, is being amplified on social platforms. Deliberate and knowing lies about the presidential election are being spread just as quickly. In other parts of the world, campaigns of ethnic exclusion and even genocide are being coordinated on networks ostensibly designed to connect people.

As a side note: Remember the ’90s, when we thought the internet would be the great equalizer, distributing truth and education to all? That was a nice thought.

These problems will not truly resolve until the platforms themselves decide that they would rather protect society than cower behind misapplied principles of neutrality. In the meantime, however, I have a plea for a reprieve — a gift to your social circles this holiday season.

More specifically, only log onto social networks to react positively, affirmatively and constructively. Sharing photos of your family, your pet, your Christmas tree, or a particularly handsome quiche you’ve prepared? Great. Do that.

Recommend your favorite quarantine reads, holiday movies or streaming choices. Make jokes. Share memes. Compliment your friends — perhaps even send a message to someone you haven’t seen since the pandemic hit.

When you see something disagreeable, dangerous or misguided, keep scrolling. (And, no matter what, do not share.)

This isn’t to say you shouldn’t use social media to amplify causes and issues you care about. It’s the season of giving, after all; if there’s something or someone in need that you could rally your friends around, by all means.

But there’s not much mileage in trying to use these networks to convince anyone of anything. For one thing, those you’re connected with probably think fairly similarly to the way you do. (Or they’ve politely muted you.) More importantly, it doesn’t work: It’s nice to think that our heartfelt pleas and saber-tongued online rants are likely to convince others of the truth, but the opposite is actually true: Seeing contradicting facts online is more likely to make a person dig into their original position, not change their minds.

This is true across the political and ideological spectrum; for whatever reason, we are generally unconvinced by arguments delivered on social media, even if they’re sound. Perhaps it’s because this isn’t truly discourse. There is a world of difference between having a conversation with another person, face to face, and posting something, impersonally, online. The former has the potential to convince; in most cases, the latter does not.

We likely cannot stem the tide of conspiracy, misinformation and radicalization online simply by committing to being nice; it’s a problem that even the architects of these platforms do not know how to solve. (See the solid Netflix documentary “The Social Dilemma” for more on this.) But while we can’t fix it, we can improve the lives of those in our spheres by making the conscious decision to use whatever small platform we have in a better way.