Perspectives: ‘He Wants to Talk to Ms. Betty’

An encounter at a healing garden in Larimer leads the writer to reflect on his own connection to others. 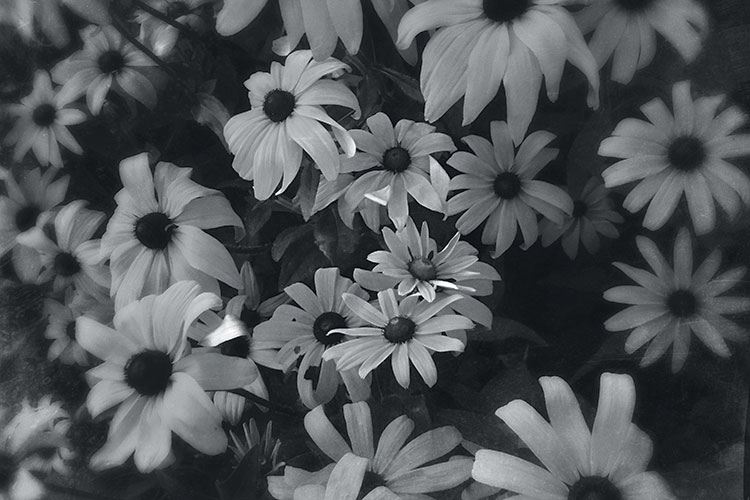 I lock my bike to a stop sign at the corner of Meadow and Ashley streets in Larimer and walk a half block toward the garden, passing two abandoned TV sets swimming in weeds.

“His name is Jonathan,” a woman who greets me tells the others. “He’s a writer and wants to talk to Ms. Betty.” She jots my name in magic marker on a nametag and leads me from the sidewalk back toward a tent where Betty Lane holds court in kente cloth, cane, glasses and dark red crocheted cap, a grey tuft of hair poking through its middle. Betty is black. I am white. It is Sunday, Oct. 1. To my right, behind a chain-link fence, is the African Healing Garden, which is opening today.

An hour before at church, I read from the lectern about Jacob on the run, how he found a stone for a pillow and dreamed of angels climbing a ladder to heaven. He awoke and gazed around him and said that surely the Lord was in this place and he did not know it.

Surely the Lord is here too. Balloons festoon the garden’s entrance, opening to a pond and pear tree, plants and flowers. White male hipsters unload cases of pop while older African-American women serve veggies and hummus. Gospel group Take 6 croons from speakers. African symbols and animals carved from wood adorn the garden’s fence — lion, elephant, zebra, even an ostrich poking its neck above the fence’s top, testing the trust between people and place.

Because there is hurt here. Arising out of a burned-down building on a lot Betty owns, the garden is meant to heal Larimer’s history of violence, drugs and blight so that anyone can congregate and relax, she explains.

In a way, I’m hurting too. I’ve given my life to teaching and writing words, practically marrying a manuscript, revising its chapters and straining for book contracts and stable academic jobs, often at the expense of relationships. I live alone. Adrift from a network, I see myself in Jacob’s flight, even as I realize the privilege of my race, gender and class, the chance to ponder these advantages from the safety of my apartment. I’ve crashed the garden’s celebration as a hungry ghost, wondering how to write and still connect with others in the flesh.

Under the tent, Betty receives well-wishers — a couple from a local church, one of whom admits he plans to leave soon to watch the Steelers game; a man wearing a bandanna wandering off the street; a woman who once teamed with Betty at a women’s shelter. Betty introduces me as “the writer.” “He’s interviewing me,” she says.

So I do. I learn that she grew up in the Hill District, that she moved here to raise her children, that she’s lived in the same house for 47 years, just a block away. I learn how neighborhood residents, inspired by her vision, partnered with groups all over the city to sculpt the garden’s entryway arch, design its paths, dig its pond. I learn that the pond’s goldfish have gone belly-up, that organizers hope to install a filter system to clean the water once rain returns.

Two hundred and twenty miles east of us the Steelers take the field against the Ravens. Will they stand or kneel for “The Star-Spangled Banner”? Pittsburgh is roiling with unrest around the organization’s handling of the national anthem. Fans have burned team jerseys. A local fire chief called Tomlin the N-word on Facebook. And yet here, African-American state Rep. Ed Gainey mingles with retired postal worker Tony Mainiero, who’s pushing 100 and recalls growing up Italian in Larimer. People of all ages and races crowd in the street to watch Betty cut the garden’s ribbon and preach nature’s power to cure sickness. When she joins us for a photo, she stands so close to me I must curl my arm around her shoulder. It is light to the touch.

Minutes later I will ride my bike home and write about what she said, what I saw.

Weeks later I will finally delete voicemails I’d saved from the last woman I loved and go volunteer with strangers at the healing garden, flattening the ground for planting, sparing the mustard weed to leach the soil of lead. Composting my past, creating space to begin again.

Months later I will cycle past the garden, dead of winter, and spot Betty leaning over with her cane, stringing orange plastic netting around the entrance to keep out trespassers.

She’ll recognize me. “Come and help me get this up,” she’ll say. I’ll dismount and loop the plastic around the metal fence. “You’re a gift from God,” she’ll say.

This article appears in the March 2019 issue of Pittsburgh Magazine.
Categories: Collier’s Weekly