Perspectives: Getting Back to Betting Big

Pittsburgh’s not perfect. But its shoulders are big. I’ve watched the city make a remarkable comeback. It has learned from its mistakes and resurrected that hell-for-leather vibrancy that once made it the world’s fulcrum. 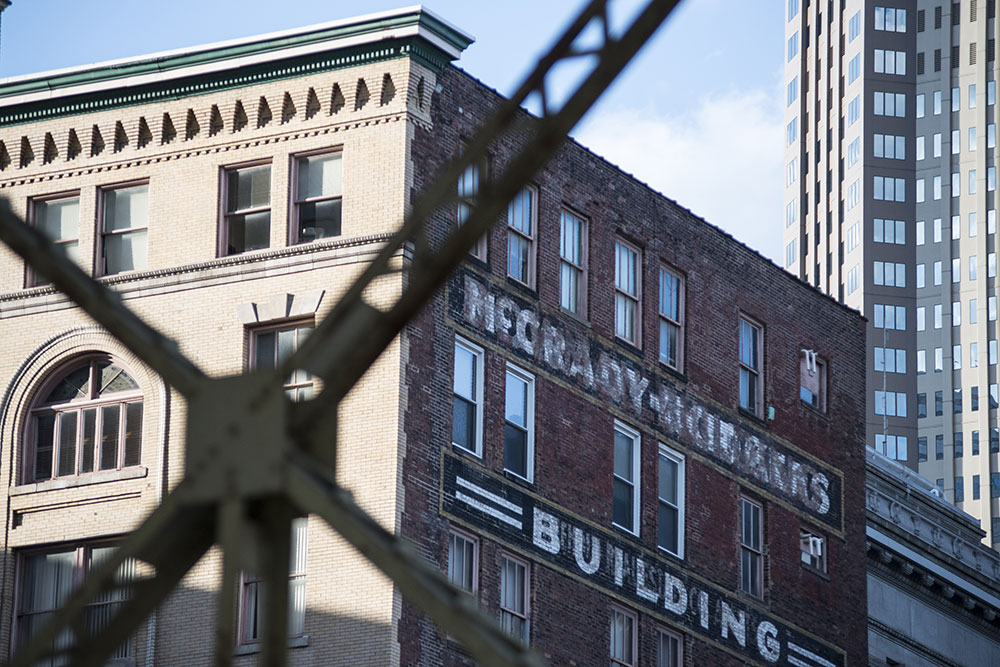 On the evening of Oct. 17, 1979, the Pittsburgh Pirates defeated the Baltimore Orioles to win their second World Series in nine years. A few months later, the Steelers won their fourth Super Bowl in five years. Media heralded Pittsburgh as the City of Champions — a blue-collar town that loved its teams, worked hard and didn’t mind the smoke and blast furnaces that gave the Steelers their name.

There was, however, a problem in the City of Champions. The city was well on its way to losing half its population. Once the third-largest home of corporate headquarters in the United States, its status had begun to diminish. The steel industry imploded. The city was hooded and hunkered down, playing (as a gambler friend of mine once put it) with scared money — afraid to make anything but the safest bets.

Earlier in the 20th century, outsiders flocked to Pittsburgh. It was making audacious financial bets on outrageous ideas that made other cities pale. It gave the world the air brake, alternating current, aluminum, nuclear power, natural gas, radio broadcasting and the first pull-tab cans. It did nothing less than shape the shape of 20th-century America.

Even the World Series was invented in Pittsburgh.

But by 1980, a lot of that gutsiness had evaporated.

I felt personally stymied, too. Just out of college, I had become the editor of an alternative newspaper called The Pittsburgh Forum; from there, I went on to write lots of articles for Pittsburgh Magazine (including one in which I masqueraded as four different people doing the same thing — a priest, a businessman, a workman and a hippie — to see how I would be treated). In those days, Michael Keaton (then Douglas) and I would make wild excursions up to New York City determined somehow to amend our fates. I knocked on the doors of editors at Esquire, Harpers and New York Magazine to nail down a big assignment. Mike would show up on amateur night at the Catch a Rising Star comedy club to try out his material. Neither of us had a clue, but we were game.

I eventually landed a series of great jobs at KDKA-TV. But I still wanted to do more: explore emerging technologies, maybe create a publishing company or a new magazine. I only knew I didn’t want to be part of the rope-a-dope that was robbing the city of the innovation I felt it desperately needed.

One day, a few months after those Pirates and Steelers championships, I received a call asking if I’d be interested in serving as one of the first employees at a start-up 24-hour news network founded by Ted Turner in Atlanta. I was.

I lived through CNN’s crazy early years. In time, I found my way to San Francisco, working as its bureau chief. After departing CNN, I headed to Los Angeles to create a video production company, which led to writing screenplays and producing PBS documentaries. Those adventures took me from the outback of Australia to Brazil’s rainforests to the Serengeti. Over the decades I’ve since been exposed to my share of cities not named Pittsburgh. But on all those journeys, I always found myself comparing my hometown against all of the others. At the core of my thoughts was my never-flagging affection for the city, even during its grimmer, less courageous days. I admired its heart, its toughness, its friendliness, its pride. Above all, I longed for it to return to the vibrant, risk-embracing city it had once been.

Four decades on, that’s happening. Since I boomeranged back, I’ve watched the city make a remarkable comeback. It has learned from its mistakes and resurrected that hell-for-leather vibrancy that once made it the world’s fulcrum. A diverse economy on the bleeding edge of artificial intelligence, robotics, medicine, energy, banking, environmental science and the arts — including the culinary variety — has emerged. Instead of being the place to “be from,” Pittsburgh is again becoming the place to be. Fortunes will be made; those fortunes will generate more innovation and creativity. Just as they did here more than a century ago.

Pittsburgh’s not perfect. But its shoulders are big. If the name weren’t already taken, a fitting title for Pittsburgh would be Phoenix — because it has, against all odds, risen from its own ashes. It’s a wonderful thing to watch my hometown get its mojo back. It’s one reason I returned. I don’t think I ever doubted it would re-embrace the courage, creativity and heart that has always made it a true champion.

Chip Walter is a Pittsburgh native, documentary filmmaker and author. His fifth book, “Immortality, Inc.: Renegade Science, Silicon Valley Billions and the Quest to Live Forever,” for National Geographic Partners, will be available in bookstores and online Jan. 7. His website is chipwalter.com.

This article appears in the January 2020 issue of Pittsburgh Magazine.
Categories: Collier’s Weekly, From the Magazine