Perspectives: End of the Campaign Turns Off Spigot Political Ads

If we all, on both sides, feel like this flood of advertising is a necessary evil at best and corrupting the innards of democracy at worst, why can’t we figure out some other way? 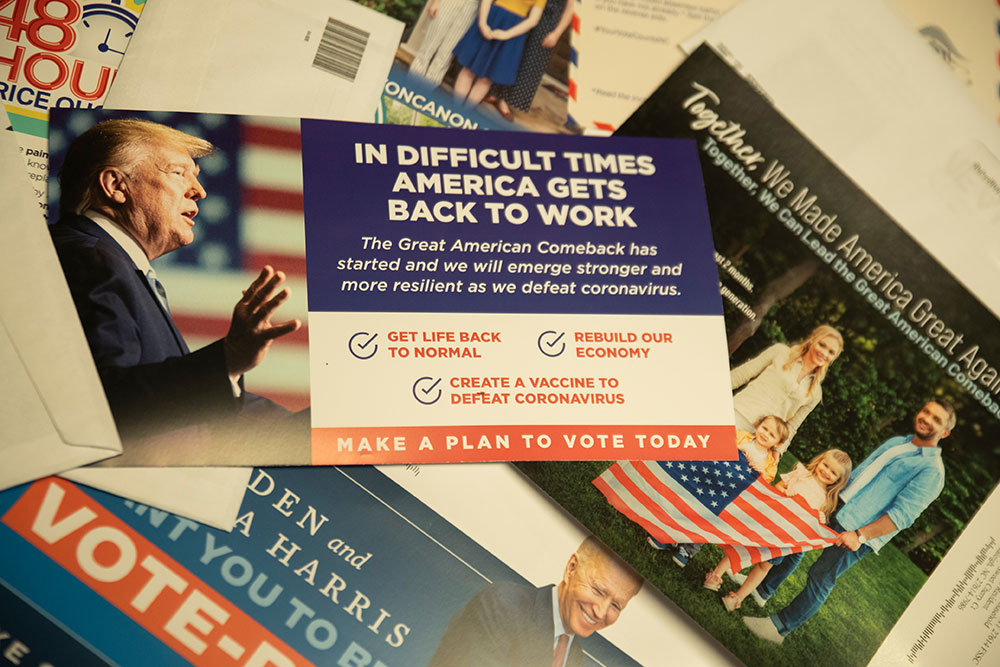 A few days ago, a friend told me about an attempt to temporarily avoid political messaging.

If only briefly, he wanted to get out from under the flood of ads in every conceivable medium from television to mobile games and avoid the personal appeals from canvassers from the front door to direct messages. So he turned off the television and the computer, plugged in his phone and stepped outside for a breath of fresh air.

At that moment, a plane flew overhead dragging a get-out-the-vote banner behind it.

As you read this, Pennsylvania is blessedly exiting several months spent as the prettiest girl at the prom. Our Electoral College vote — and, more importantly, the near-even political divide of out population — has rendered us an urgent and theoretically attainable prize for both presidential candidates. Many pundits and statistical models predict that the election will come down to Pennsylvania’s preference; as a result, we’ve been the target of more aggressive campaigning than any other state in the nation.

And it is positively exhausting.

There is no corner of the waking experience that has been free from appeals and attack ads. You certainly can’t watch television, where the current Commander in Chief and previous Vice President have become more frequent fixtures than insurance ads and Steelers highlights combined. The internet, undoubtedly, is worse; even ancillary digital products, such as podcasts and online games, have been infiltrated.

Don’t even think about going for a drive to clear your head; you’ll find a sea of campaign signs so vast that, if we assembled them all, we could build a 1:1 scale model of Three Rivers Stadium and have enough left over to give Dippy a nice blanket for the winter.

And even if you cast your gaze to the sky, apparently, you may be subject to airborne campaigning.

Let me be clear: I’m not objecting to the prevalence of efforts solely encouraging people to vote. The aim of this and every democracy should be to get everyone’s opinion as often as possible; anyone who still values a free society should support getting a ballot to every citizen. If anything, I’ve been encouraged by what has been the most robust voter participation push I can recall.

The ads, on the other hand, no longer strike me as particularly useful. The question of runaway campaign spending is a much larger matter and one that has for now been settled by the Supreme Court. But as the flood of video, audio, printed and (most often) shouted appeals has thoroughly and irritatingly soaked every Pennsylvanian, we can all come together to ask: Now what is the point of all this?

I find television ads the most useless, particularly this year. If you change the channel before you hear which septuagenarian has approved this message, you might not even be able to tell what candidate is being touted. Every national ad I’ve seen this year has boiled down to: Our guy will give you a job, the other guy will take your job away. Also, our guy can beat COVID-19 into submission and the other guy can’t.

There’s no policy in there; no meaningful distinctions between points of view or philosophies in these ads (other than the occasional terrifying dog whistle). Our guy is good, vote for him. That’s all we get. That’s annoying. It’s also alarming, considering that the presidential candidates are very, very different; if millions are being spent to promote them, shouldn’t they at least be rendered as distinguishable as they actually are?

Should democracy come down to these amateurish short films? In this, the state that (due to an increasingly antiquated and cumbersome electoral system designed 250 years ago by a handful of disastrously attired and demographically identical individuals) apparently has to decide the fate of the nation for everybody else, should the results hinge on which candidate is better able to terrify the dwindling ranks of undecided voters during the break between weather and sports?

If we all, on both sides, feel like this flood of advertising is a necessary evil at best and corrupting the innards of democracy at worst, why can’t we figure out some other way to do it?

And seriously: Was the plane necessary?

Do you really think that there was even one person that had somehow managed to completely miss the most noisy election cycle in American history until a puddle-jumper dragging a banner reminded them that a vote was a-comin’?

If you weren’t going to vote until a plane passed overhead and told you to do so, please reach out. I have questions. First: How do you plan on casting a ballot from the well you are apparently trapped in? And, to follow up: May I join you? It seems peaceful down there.