It’s great to be able to travel for the first time in a year and a half. Unfortunately, some of that travel will involve airplanes. 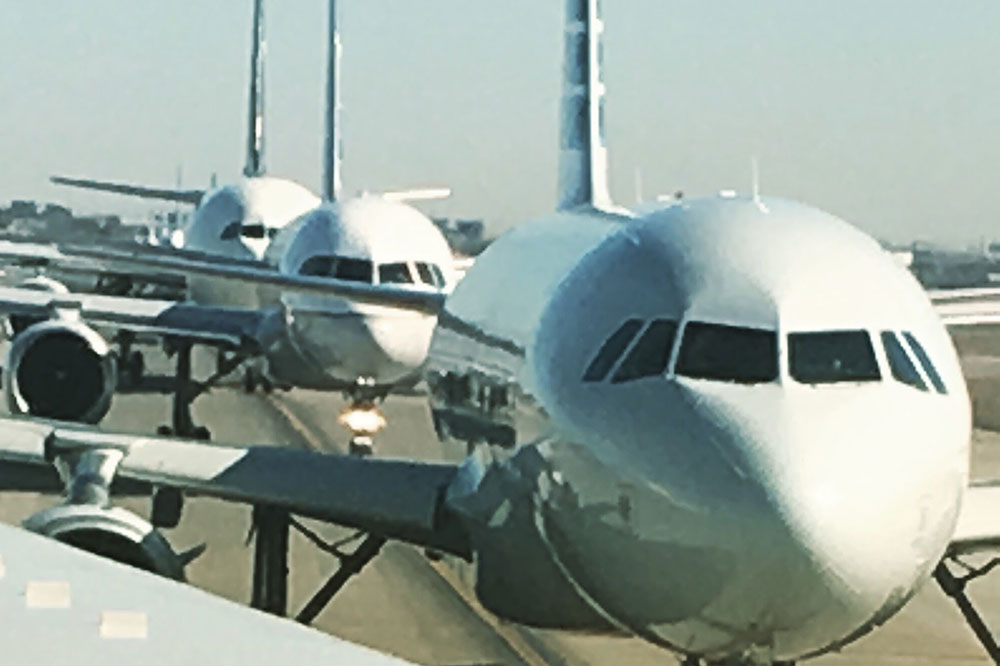 As I continue to return to activities and aspects of life I set aside during the pandemic, I usually get a little rush when doing something for the first time. I can tell you in detail about the first movie I saw, the first meal I ate at an outdoor restaurant and the first time I wandered around the mall; doing those things for the first time in 15 months or more adds a memorable, hyper-aware quality to routine activities.

This week, I booked my first flights since before the pandemic.

That experience … did not have much of an attached rush. I mostly thought, “Ugh, this again.”

I generally hate flying. I have no fear or anxiety about it; I just find it an extremely uncomfortable experience. For the better part of the day, you’ll be subjected to cramped seats, terrible sounds and smells, physical disorientation, bad or no food and intimate contact with complete strangers.

I drive everywhere I can; my drive-not-fly radius is about 10-12 hours. I’ll gladly lose a bit of travel time if I can avoid boarding an airplane.

This is, for the most part, not the fault of Pittsburgh International Airport. We don’t have quite enough direct flights for my liking — have fun getting to New Orleans — and you are plum out of luck if, in your hurry to make your gate, you fail to note where in the labyrinthine parking lot you’ve left your car. (Once, after a very long day of travel, I heard the final-descent announcement and nearly screamed with a terrible realization: It was midnight, it was 20 degrees, and I didn’t even have a vague idea where I had parked.)

Anyway: Other than these minor gripes, I find our airport to be a reasonably amenable and pleasant place. (Anywhere with Fraley’s Robot Repair is fine with me.) My irritation isn’t with Pittsburgh International.

Nor is it, for the most part, with my fellow travelers. We’re all going through this trial by irritation together, just trying to endure the long, back-bending hours until we can unwind in Florida or Las Vegas or … do we still have any direct, international flights from PIT? Eh, don’t bother, drive to Newark and fly from there.

Do I individually loathe certain passengers mid-flight? Yes, of course. But I’ll keep it to myself. While we’re talking, though, a few notes: Quit bringing food. I know, the in-flight meals aren’t great and I’m sure you were in a bit of a hurry. That’s no reason for you to be unwrapping a chicken dinner on a filthy tray table six inches from my wrist. Unless you’re crossing an ocean, you can eat before you board and wait until you land. Let’s try to keep as many additional smells and substances on the ground as we can.

(And my all-time, number-one fellow passenger complaint: When the plane finishes taxiing at the gate and they flip off the seatbelt light, do not leap out of your seat and grab for your bags. You’re not going anywhere for a while. Unless you’re in the first three rows, it’s gonna be another 10 minutes or so. Keep reading your Stephen King book. Don’t stand in the aisle with your sweat-tinged polo shirt drifting toward my still-seated face because you think all the people in front of you are going to magically deplane like wisps of cobweb in the night air.

Despite the preceding rant, I insist, my complaint is not with my fellow passengers. Inevitably, it’s with the airlines.

The mad dash to make more money has led to impossibly crowded flights, overworked and underpaid pilots and attendants, reduced amenities, nickel-and-dime charges and an ever-increasing atmosphere of vague irritation on the part of all involved. The process of choosing a flight and a carrier in the 21st century is no longer about which airline you prefer; it’s about which offers the fewest indignities.

Don’t worry, though — I have a solution. Airlines, I am here to solve all of your problems by changing the one heretofore inescapable social annoyance of air travel that will make passengers overlook all your many, many shortcomings.

It’s a simple conversion: Eliminate first class. Put a soundproof barrier in the middle of the plane. Everyone traveling with babies and children goes in the front; in the back, nothing but calm adults and no high-pitched wailing.

Promise that a toddler with an earache won’t be shrieking into my brain all the way to Phoenix, and you can charge me whatever you want.