Perspectives: An Important Reminder of the Pandemic Stored in a Small Envelope

After a year of the pandemic, remembering a key lesson: Even the most permanent parts of life are never set in stone. 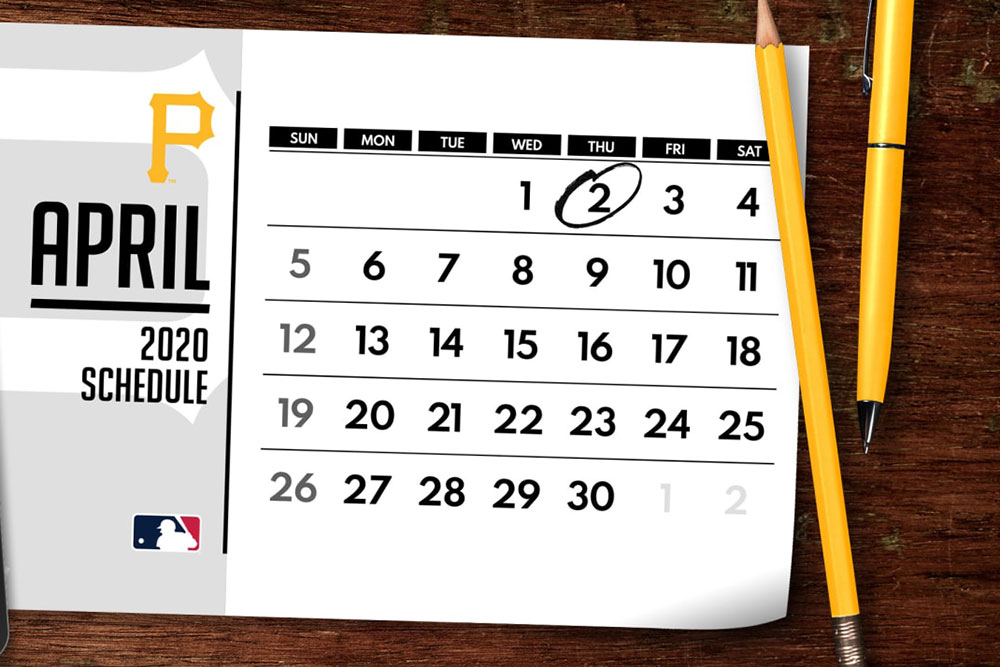 On my desk, there’s a small envelope containing two objects: A 2020 Pittsburgh Pirates schedule and a ticket to Wrestlemania 36.

The first of these items laid out the details for a season that would not take place, from opponents and first-pitch times to theme nights and promotional giveaways. There would be belated baseball in 2020, but it would be a truncated, silent affair, conducted in front of empty seats — whenever a team managed to avoid a COVID-19 outbreak long enough to play a game.

The second item would’ve granted access to the annual pro-wrestling supershow, scheduled to take place on April 5 in Tampa, Florida, at the massive Raymond James Stadium. Unlike most scheduled events, Wrestlemania did indeed occur on that date — pro wrestling companies are not the most risk-averse in the world, after all — but it happened in a closed, cramped studio. The ring was set up in an empty warehouse, with bright LED monitors in the place of fans. When a performer was slammed to the mat, a dull echo rattled around the empty room.

Wrestling ads always carry a disclaimer: “Card subject to change.” It’s a phrase used so that you can’t demand a refund if your favorite performer gets hurt the night before and doesn’t show up. A global pandemic isn’t quite what they had in mind, but I can’t say they didn’t warn me.

I hang onto these cursed objects not to rub salt in the wound of a missing year. I keep them, rather, to be reminded of one of the pandemic’s most instructive lessons: The fact that a thing has always happened before does not mean it is guaranteed to happen tomorrow.

Baseball seasons have been disrupted due to labor strife, sure, but the idea of scheduled games in this, the oldest professional sport in the country, being erased overnight? Absurd. Wrestlemania isn’t nearly as old as Major League Baseball, but it’s defined by its scale and spectacle; certainly, there can be no such thing as Wrestlemania in an empty room. What would be the point of that? It could never happen.

Of course, these impossibilities came to pass as the world stopped, changed and recalibrated — or, in many cases, imitated the time before in a hollow facsimile of normalcy. Outside the world of sports (and, to use the preferred euphemism, “sports entertainment”), even more jarring interruptions can be found.

We’ve all seen the lights go down on Broadway, and they’re not yet back on; in contrast, the 9/11 attacks only managed to turn Broadway dark for 48 hours. Until last year, Disneyland had missed scheduled operations on just three days — 9/11, for a national day of mourning after President Kennedy’s assassination and as a result of the Northridge earthquake in 1994.

That list of missed days at the happiest place on Earth has increased. One hundredfold.

A year into the pandemic, these staggering disruptions are evidence of its power. Until 2020, considerations of such public-health catastrophes were theoretical or historic; barely anyone living had been alive for the last global pandemic, and all prior large-scale outbreaks took place in a much less connected (and much less crowded) world. This was, for all of us, a new problem.

Maybe that’s why so many people had trouble understanding it. While the number of desperate and deranged naysayers still crying conspiracy has dropped, you need do no more than post to Facebook to be reminded that there are still folks who simply can’t comprehend what has happened in the past year, and are thus cowering in the comfortable haven of disbelief. Earlier on, even more stubborn ostriches had their heads in the sand, questioning each and every disruption from business as usual.

It was frustrating then, and it’s frustrating now. (It’s also a cold and inhuman insult to the millions of lives lost and hundreds of millions of mourning survivors the world over, but that’s a column for another day.) As maddening as these denials can be, their source is not difficult to understand: A year ago, a thing that had never happened before occurred, and it interrupted all the things we thought could never be interrupted.

Of course, there will always be baseball and Broadway and Disneyland. What could stop all of that from happening?

In the face of such shock, it makes sense that some people would be so scared and confused that they saw no path to understanding. I get it. I think it demonstrates that we probably need to re-evaluate how we prioritize critical thinking and reading interpretation in our education system, but I don’t mean that as an insult. Something incomprehensible happened; some people couldn’t comprehend it.

In a couple of months, we’re finally going to start running out of normal things that aren’t happening right now. In Pittsburgh, Kennywood will open at about the time it usually does. The Pirates will take the field in early April, and there will be (some) fans in the stands. There will be a Three Rivers Arts Festival; it won’t be what we’re used to, but it will have live music and local artisans selling their wares. (And it will probably rain.)

But as these things return, we can’t forget the lesson that keeps me hanging on to a useless Wrestlemania ticket and an inaccurate Pirates schedule. Unexpected, unfathomable and unprecedented things can and will happen, and they will interrupt things that have always seemed cast in stone.

It will not always be on such a grand scale (though we should also remember that we could absolutely go through another pandemic, as conditions remain ripe). Whatever the cause, though, something else will disrupt all of our normal routines and expectations of the world around us.

When it happens again, let’s not act as though we never considered that life could change. We’ve been taught that lesson. Perhaps if we accept that now, we can handle the next challenge with a bit more unity.